Around 500 church and mission leaders from over 45 countries gathered last Sept 25-28 for the Ghana 2013 Global Mission Consultation. Ghana 2013 was a regional follow-up gathering to the Tokyo 2010 Global Mission Consultation held in commemoration of Edinburgh 1910. The theme of the gathering was on the Great Commission mandate to “Disciple all peoples.” The Africa consultation kept the same dual emphasis of the Tokyo meeting, focusing on both the breadth and the depth of the Great Commission. The breadth dimension was represented by the Finish the Task network which highlighted the needs of Africa’s 383 remaining unengaged, unreached peoples. The depth dimension was represented by the national transformation tracks which looked at what it means to see nations discipled through transforming business, education, the arts, government and health.

Ghana 2013 highlighted the reality that the African church’s role and commitment to fulfilling the Great Commission will become increasingly impactful in this century. Today, Africa represents 15% of the world’s population, but by the end of the century, almost one in three people in the world will be African. Even more significant, by the year 2100 over half the world’s evangelicals will be in Africa. For this reason, among others, the strength and vitality of the church in Africa will soon have a global impact. As if by Design, while this great demographic shift is taking place, many economies in Africa are now experiencing double-digit growth, which history tells us will help fuel the coming surge of missionary expansion from the continent.

The delegates at Ghana 2013 issued a statement called the Ghana 2013 Challenge, which represented Africa’s response to the Tokyo 2010 Declaration. The Challenge included four areas which were of special concern to the African church: Servant-Leadership, Disciple-Making, Social Transformation and the Least-Reached. The challenge confronted areas of neglect and omission in the church in Africa and acknowledged the church’s role in discipling the next generation of leaders, as well as impacting every sphere of society and advancing the gospel in every unreached people, “until the day comes when not a single person on earth is without access to the transforming power of Jesus Christ.” Those who wish to join with the African church in this commitment can sign the challenge online at http://www.ghana2013.org/challenge.php 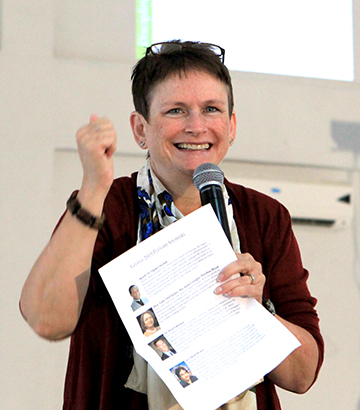 As a final objective of Ghana 2013, the countries represented at the consultation examined five components of national discipleship and developed or reaffirmed commitments toward specific objectives in these areas over the next seven years. The five components were identified as 1.) Reaching every unreached people group, 2.) Saturation Church Planting, 3.) Multiplying Disciple-Makers, 4.) Transforming Society, and 5.) Blessing the Nations.

The extra funds generated by Tokyo 2010 were used to seed Ghana 2013. In the same way, the delegates at the Ghana meeting took up an offering to pass the torch to the next regional consultation which will be in Lima, Peru in October of 2014. The meeting in Lima will aim to awaken the Latin American church to the increasing presence of Islam in Latin America and the opportunity this represents to impact the Muslim world with the gospel. Those interested in participating in this event can register at http://www.lima2014.org

Almost two thousand years ago, our Lord Jesus Christ gave his church a mandate to disciple all nations. Today we are closer than ever to seeing this mandate fulfilled. We acknowledge, however, that as the gospel has gone wide, it has not always gone deep. Though we rejoice in the progress of the Church around the world, we lament that in many areas, Christian living is superficial, nominal and ineffectual. We further recognize that a weak church will not be able to advance very far in the final frontiers of the gospel, which are the most challenging before us. We therefore issue the following call, first to ourselves as leaders from all over Africa, and secondly to others around the world, whom we implore to join with us in this summons to full obedience to the cause of Christ. 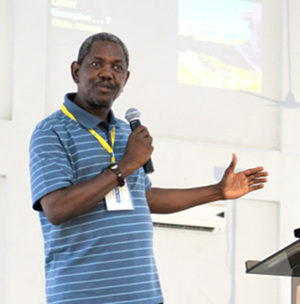 We acknowledge that the weaknesses in our churches and societies are fundamentally a failure of leadership. We repent of self-centered leadership which misuses power to exploit others for personal gain. We acknowledge that all power is a trust from God to empower others, for which we will be held accountable to the highest authority. We call upon leaders everywhere, both within the church and society at large, to model their leadership after the ultimate leader, Jesus Christ, who said he came to serve others, not to be served. We call upon all those of influence in society to use their position for good, to uphold justice, to honor the truth, to defend the innocent and protect the vulnerable. We covenant before God to hold ourselves to the highest standards of righteousness, financial integrity, humility and sacrificial living.

We acknowledge our mandate as the Church of Jesus Christ to disciple all nations, teaching them to obey everything Christ commanded. We recognize that the primary purpose of the church is to be a forum for discipleship and the exercise of spiritual gifts to build up the body of Christ. We confess that we have left the church woefully undiscipled and unequipped for the work of the ministry. We further acknowledge that many of our leaders have not received the discipleship they needed or still need. We call upon the Church to equip the next generation of leaders by providing a solid discipleship foundation through mentorship. We acknowledge that the biblical model of discipleship is based on living life together, not just preaching and teaching, but authentic living through coaching, mentoring and demonstrating. We covenant before God to make discipleship a priority within the Church, to equip believers with godly mentors, and to see every believer empowered to disciple others in the same way.

We acknowledge that the gospel of Jesus Christ is the light of the world and the salt of the earth. As a person should reflect the life of Christ, so society should reflect God’s kingdom. The true gospel will impact every sphere of society from government, to education, to business, to the arts. We acknowledge that social transformation is a process that happens first by changing lives through the regenerating work of the Holy Spirit, second by impacting worldviews through the teaching of God’s Word, and third through the gradual alignment of cultural traditions and institutions with the values of the Kingdom of God. We confess that we have secularized our work and have often forgotten that every calling in life is sacred and an act of worship. We covenant before God to be his witnesses in every sphere of society and to represent his kingdom with integrity in everything we do.

We acknowledge our Lord’s assignment to his Church to proclaim the gospel of the Kingdom to all ethnic groups. We confess that we have neglected hundreds of people groups, though we have had the capacity to reach them with the love of Christ. We repent of this neglect, omission and disobedience and commit ourselves to sending workers to all the remaining unreached peoples in Africa and beyond. We call upon the church around the world to finish the task of reaching “every nation, tribe, people and language” with the gospel in our generation. We covenant before God to disciple every believer to obey the Great Commission, through his or her prayers, giving, sending and going, until the day comes when not a single person on earth is without access to the transforming power of Jesus Christ.

Finally, we commit ourselves to the ongoing work of evaluating and assessing the Church’s progress in developing leaders, making disciples, transforming society and loving the unreached. We will be honest with our shortcomings and resolve to address them. We will refuse to remain in ignorance about the state of the Church and the Great Commission. We will be proactive in regularly surveying where we are and where we need to go in working together to address priority needs and challenges in the Church’s mandate to disciple all nations. We call upon the church around the world to take up this challenge, to set aside our differences and re-align our priorities to accomplish the great work before us. Toward this end, we humbly beseech the intercession of our Lord and Savior Jesus Christ to carry on this mandate through the power of the Holy Spirit, and for the glory of our Heavenly Father. To his Name be the highest praise, both now and forevermore. Amen.

” We will refuse to remain in ignorance about the state of the Church and the Great Commission.”
This declaration does not mention even one specific reason that calls for specific changes as to why there is failure in leadership continues to be exclusive, pedestalized and perpetual dependency in it’s results. This one factor is why the reproductive disciples are not made, the unreached are still unreached, and there is very little outside the church walls functioning of the believer. May I fill it in? It begins with the almost 2000 year old tradition of men where men are paid or hired by those they lead. This is the clergy system of spiritual leadership. It is Biblically corrupt from top to bottom with many layers of bogus teaching wrapped around it to protect it. For all these years scholars and PHD Bible experts have left this tradition unquestioned. Paul’s clear teaching on “ministry free of charge” and “refusing the right to pay” and all of the strategic benefits that flow from refusing the right to pay are completely ignored or laughed away in sermons from behind the pulpit. Because of this, in the wealthiest nation on earth, believers are led to consume 75 - 85% of their “giving” to buy hired clergy to benefit mostly themselves. Our missionaries export this system to poorer countries where this system devours probably 99.9% of the giving to hire a weekly Bible lecture and other “ministries” focused on one man whirring many hats, instead of a body sharing the hats of service. Acts 20; 1 Cor. 9 (the whole chapter); 2 Cor. 11; 2 Cor 12; 2 Thes. 3; and many other that show how supporting ministry was sending preachers where the gospel has not been preached and nothing else, not pervading Bible lectures to believers who have heard 500, 1000 or more all ready and feel like they need one every week till they die.

Does “preach the word…” mean lecture the word, no questions, no participation, no objections, no reproduction, and very little retention for the whole gathering such that only one man has dominated 90% of more of the personal expression of God’s truth? This is the functional reality of what “preaching” has been defined by 1000’s of books on “preaching”. This one behavior nullifies many very specific scriptures that call for believers coming prepared to offer teaching, admonishing, spurring, encouraging, speaking, singing,  all in one another dynamic. Heb. 10:24,25; Col. 3:16; Eph 5: 19 - ; 1 Cor. 12. None of these have been done in the worship hour in 99% of churches with the clergy system in place for almost 2000 years. Whatever fruit has come from this system is purely the grace of God in spite of our sin. This grace is no reason to continue this gross canceling out of inspired truth.

All of this calls for a complete paradigm shift in how we think and what we do. We are fools to think we can continue doing the same thing and get different results.

i love the mission efforts made so far. let’s not get tired we have some land yet to cover.