Excerpted from Book One of a Two-part Saga about Finishing the Task.

Projected release 2nd quarter of 2014. For notification of availability, or to inquire about advance order discounts, email [email protected]

Christopher Owen sipped his coffee as he watched John and Nic pull out documents and tablets. Where did I find such friends? God, you know I’ve never had too many close friends—just a handful. These two will be there to the end. Such a contrast from me, yet so committed to the friendship, to the journey.

“Guys, when we started Church in the City a few years ago, we began with the express intent of it developing into a kingdom movement that would reach L.A. and the world. Something beyond ourselves, beyond our own church. Something to bless other churches. Something to reach the unreached.”

“You guys know the status of the work better than anybody else.” Christopher took a swallow of his coffee. “Frankly, I’m frustrated with our progress. Are we becoming a kingdom movement? No! I suspect we need some major course corrections.”

“I’m game for any changes you wanna make, buddy,” said Nic. “In the business world, if we don’t keep improving and adapting, we’re history.”

“So, Nic, you have the progress analysis?”

Nicolas Fernandez, entrepreneurial prodigy, located the appropriate spreadsheet on his tablet. “The numbers arrived two days ago confirming your hunch. We are not making significant progress. We’re maintaining, with just a bit of headway.”

“I knew it. I just could feel it in my bones. We’ve settled into maintenance mode. That’s not what we signed up for when we started this thing. Remember?”

John Steward, professor of history at USC, objected. “It’s not that bad, Chris. We are making a difference — what we’ve got
is authentic.”

“And if that weren’t the case, nothing else would matter.  Problem is, I think we’ve focused so much inwardly that we’ve forgotten our outward task — Los Angeles was supposed to be just the starting point, remember? Nic, tell him what you learned a couple of weeks ago.”

“Okay, so I’m in this Perspectives on the World Christian Movement class every Monday night with all our wives, right? John, this is incredible — Dr. Ralph Winter summarized the modern movement into three distinct ages — the coastland era, the inland era, and the current era of unreached people groups. What Christopher has been saying about Matthew 24:14 is right. If we can get the gospel to all of the remaining groups, the task is finished! Finished!”

Christopher’s eyes narrowed as he mouthed the promise from Jesus: “And this gospel of the kingdom will be proclaimed throughout the whole world as a testimony to all people groups, and then the end will come.”

John wasn’t impressed. “Nic, do you have any idea how many people groups there are? Thousands, maybe tens of thousands. We’re still talking a long time from now.”

“Actually, John, the data disagrees with your impression.” Nic glanced at his tablet. “It took Timothy and me a while to pull down the numbers and I even had to call on one of my data analysts to help me navigate the maze of information. But… the best I could gather from research databases manned by Joshua Project and the International Mission Board was . . .” —he glanced at the report—“three thousand six hundred seventy-four groups, give or take a few. The number varies depending on how you define them. I have a list here with all the names and locations.”

Christopher had been staring vacantly at the ceiling in thought, but suddenly jerked his head toward his friends. “Do you realize what you just said? We have names! Locations! As far as I know, no generation prior to ours has ever been able to quantify what remains of the task. You guys! If we can quantify it, we can finish it!”

His mind was awash with fresh possibilities. As he tapped his fingertips together, his two friends waited. They had seen this posture many times and knew he needed time to process. If they didn’t interrupt the process, they’d be amazed with the outcome.

Could it really be? Was it possible? Maybe it wasn’t a pipe dream after all. Maybe, just maybe… Slowly words came to Christopher’s thoughts.

“We can do this. Brainstorm with me! How can we finish the task? How can it happen in our generation? That is, how can we become the last generation in history?!”

“I don’t know, but I do know this,” said John. “Renee told me that the lecturer said there have been over a thousand plans in history, and all have failed. What makes us think we’ll succeed?” 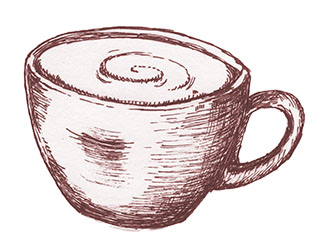 Christopher set his mug down on the table harder than he intended, sloshing coffee out of the cup. “Because we must. We must! Someone must finish this thing. Not finishing it is unacceptable. There must be a way.”

Nic and John stared into their mugs while they digested this.

“Christopher, other plans have failed,” Nic finally said. “I’m not sure of the reasons, though I imagine many of those made great progress. But what if we set a date by which we wanted to finish this thing? A date that forced us to operate differently or fail. A date that forced us into a paradigm perhaps never envisioned before.”

“You may have something, there, Nic. Let’s put everything on the table. What’s a reasonable date that would force us into a new paradigm?”

“No, c’mon you guys,” Christopher said. “Dates that far off still allow us to relax — business as usual.”

“What about 2025?” John suggested. “That’s just over ten years from now. A lot can happen in ten years, but only if we radically alter course.”

Christopher’s eyes widened. “Professor Steward. You, the skeptic, proposing the most ambitious date?”

“Ahem.” The teddy-bearish academic dabbed some foam from his beard. “Well, as a student of history, I guess I have the advantage of hindsight. I’ve rarely seen the type of course corrections you’re describing without such drastic — almost draconian — measures. I’m not advocating this date, but offering it as perhaps the only option to accomplish what you are describing.”

Christopher grinned, then placed a napkin on the table and wrote 2025 and 3,674 groups.

“Okay, boys, 3,674 groups to get to in just over ten years. How do we go about finding answers to this challenge? From what I hear you saying from your Perspectives class, progress is being made, but the momentum won’t get us there that fast. 2025 forces us into a radical shift forward in momentum. How do we find the answers?”