Reflections on My Service in the SWM/SIS

During the 1960s and early 1970s, my wife and I served as missionaries in Zambia and Zimbabwe.  Those years were the heyday of colonialism in Central Africa.  Missionary presence and outside resources were prevalent in many ways.  In my struggle to understand what was happening in and around me, I was determined to find a different way of doing cross-cultural missionary work.  About that time, some young missionaries moved into our province who had studied in a new missionary training school in Pasadena, California.

They were using a whole new vocabulary to describe the work they were doing.  One of them felt that I would benefit from studying in this new school called the School of World Mission (SWM) at Fuller Seminary.  At that time the school was only five or six years old.  My new missionary friend then said that if I applied to study there, he would pay my application fee.  (That is quite different from paying the tuition.) 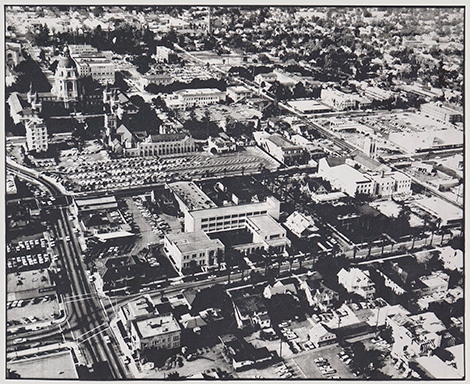 I wrote to the SWM from Zambia and expressed interest in studying there.  I got a personal hand-typed letter from Dr. McGavran, the dean, done on his small portable electric typewriter.  He welcomed me heartily and suggested that I bring along as much statistical information as I could regarding the work we were doing in Zambia in a program called New Life for All.  He wanted me to be able to research and analyze whether it was contributing to or hindering the growth of the church.  That was my welcome to the world of “church growth” thinking!

The second letter I received was from the new dean, Dr. Arthur Glasser.  He heartily encouraged me to send in my application.  I hesitated because I thought that I was not graduate student material.  “You come, and we will see what happens,” he said.  I did one quarter of study at a time and eventually graduated from the two-year MA program.  After graduation, I was invited to work in the SWM as Assistant to the Dean, Dr. Glasser.  I held that position for six years from 1973 to 1979.  Essentially, I was an administrative servant of the original faculty of the SWM.  Imagine what a privilege that was for me!

In those days, admission to a degree program required that a candidate had at least three years of cross-cultural missionary experience and knowledge of a missionary field language.  With prerequisites like that, it meant that classes were filled with experienced missionaries and international church leaders.  Dr. Glasser would say that these SWMers were not shaggy colts, but rather proven race horses.  Changing the metaphor, he would sometimes say they could roll up their sleeves and show the scars of battle.  We did not need to have the problems described to us; we were like sponges eager for answers to the complex issues with which we were grappling.

For those who studied in the SWM in those early days, it was a transforming experience, and hopefully it is still today.  Our minds were expanded as we were introduced to a new “can do” attitude regarding the unreached world.  Some of us came from places where we gave up thinking that real church growth could happen.  Others of us came from places where the church was bogged down in maintaining itself rather than great commission outreach.  We were introduced to a fresh new way of thinking about missions.  We learned that fields that were thought to be impossible to reap could be harvested.  We were taught that unreached people might not be resistant, but perhaps only neglected.  It often meant removing the roadblocks once we knew what they were.

The following titles of the core courses in those days are revealing:  Church Growth, Animism, Missionary Anthropology, Historical Development of the Christian Movement, and Theology of Mission.  Many of us had never been introduced to subjects such as these in what little missionary training we might have had.

The original faculty of the SWM was characterized by high energy and fueled by each other’s creativity.  This meant that doing academic administration became a challenge of its own.  With faculty only meeting from 3:00 to 5:00pm every other week, obviously there were degree candidates waiting for decisions about their work.  Sometimes the first ninety minutes of a two-hour meeting were given to discussing the state of world evangelization, an upcoming conference, or perhaps how they were doing on writing a chapter for an upcoming book that someone was editing.  During those first ninety minutes, ideas were generated and flashing everywhere.

Eventually, I would whisper to the dean, reminding him that we had an agenda and that there were some students waiting for a decision on the next step of their program.  Dean Glasser would “tap the gavel” and remind everyone that we have an agenda and that some academic business needs to be done.  The atmosphere would change, and in the last twenty or thirty minutes, we were able to make all the academic decisions required and the meeting would end on schedule at 5:00.  But the real business of the meeting – evangelizing the world – was discussed in the first ninety minutes.

As time went along it became obvious that more time was needed for the faculty to discuss the non-academic issues I referred to.  This became possible when they launched a Wednesday noon  luncheon where each faculty member brought his or her lunch.  This was a place dedicated for ideas to flow freely.  One memory of those luncheons was what Dr. McGavran brought as his lunch.  On a turned over shoe box lid, he had some white raisins and a few wheat thins.  As the discussion went on, he would put two or three white raisons on each wheat thin.  That was his lunch, accompanied by a cup of hot water; we all should have been so disciplined.  He once saw me drinking a cup of tea and suggested that hot water is better, because “the body just needs to eliminate all those other impurities anyway.”   He also told me once the only way to make tea is to scald the pot and cup first, something he learned from the British in India in colonial days. 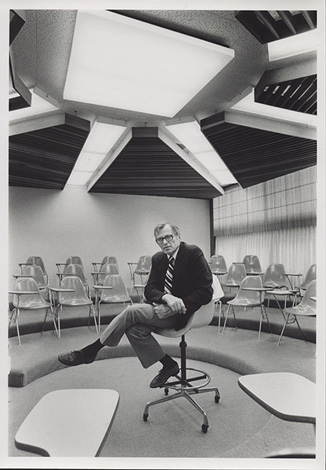 As you can imagine, hundreds of things come to mind which cannot be covered in a short article such as this.  The following are a few worth mentioning.  Once, in a class led by Dr. Winter, a student asked if the paper for this course was required.  Dr. Winter said, “The paper is not required, just like graduation is not required.”  On another occasion, a student asked Professor Heibert if it was really necessary to write a paper for this course, because he thought it would simply be an academic exercise.  Well, yes, perhaps a paper for a course could be considered an academic exercise!

Dr. Glasser taught Theology of Mission, bringing the Bible to life with his inimitable dramatic way.  He stretched his arms out to the left and to the right, showing first that all of the Old Testament (represented by the left arm) must be combined with the New Testament (represented by the right arm), and the Bible must be seen as the entire activity of God in missionary outreach.  He would say that the Bible is one long, complicated sentence showing God’s concern for a broken world.  Those who sat under his teaching saw the missionary message of the church reflected on the pages of every book of the Bible.

A word is in order about how missionary families and international church leaders coped when they arrived in Pasadena.  Many of them came with only suitcases, looking for a place to rent for only 10 months.  What was affordable was most likely unfurnished.  But somehow they found an unfurnished place and searched around for the furniture and other things needed to make a home for the family.  They got things from yard sales and the Salvation Army, or churches, if they could.  Then, ten months later, they had the challenge of getting rid of all that they had collected.  Sometimes, they had their own yard sale.  They gave some things away and took the rest back to the Salvation Army.  Landlords were not happy that they got only ten months rent.

This called for some creativity.  We began to collect what donated furniture we could and devised a plan to hold on to it, as well as the house they occupied.  Sometimes we asked the landlord to hold the house for another family, and if necessary, to forgive rent for month eleven, while we picked up the rent for month twelve.  This worked well enough that after several years we had accumulated thirty-five furnished homes without buying any property.  Some families walked into homes already furnished with the beds made up and then walked out leaving the house ready for someone else.  One evening, we picked up a donated baby bed at 11:00pm and a baby slept in it yet that night!

My experience at the School of World Mission was enriched by the hundreds of missionaries and church leaders who came there each year, getting what Dr. McGavran called “church growth eyes.”  It is the nature of graduate study that mid-course some candidates became weary and wondered if they should have ever started the program.  But some of the students at the SWM became weighed down, not just because of the amount of work, but because they were competing for the attention of faculty advisors who had more than they should have had to carry.  Added to this was the pressure of getting back to their missionary assignment.  It was my privilege to extend an arm of encouragement when spirits were low and when the future looked a little bleak.  Given all the pressure of the program, it was most rewarding to watch as one after another overcame the obstacles and eventually marched across the platform, being awarded the degree of their dreams.

I was privileged to be a part of the SWM for those wonderful years as Assistant to Dean Glasser and also as International Student Advisor.  The impression it left on me is indelible!