Believers can spread the gospel to the ends of the earth with what is already in their hands—mobile phones. There are now more mobile phones in the world than there are people. Christians can impact the nations by turning mobile devices into audio Bibles, using them to play gospel films and spreading training materials—all in the heart language. Using an offline strategy, evangelists can spread gospel media virally from phone to phone without depending on electricity, cell reception or internet access. Also, new technology is being developed in order to implement this strategy on a larger scale.

Today evangelists have access to digital media in thousands of languages. Audio scripture from Faith Comes By Hearing, visual stories from Global Recordings Network and the JESUS Film are just a few options; but how can long or even short-term missionaries deliver this media to the ends of the earth?

Thankfully, there is an existing technology to which even remote and impoverished people already have access: mobile phones. However, the majority of people in developing nations do not have access to smart phones, 3G broadband or internet. How, then, can we transfer gospel media onto their low cost phones?

Impact the Nations From Your Phone 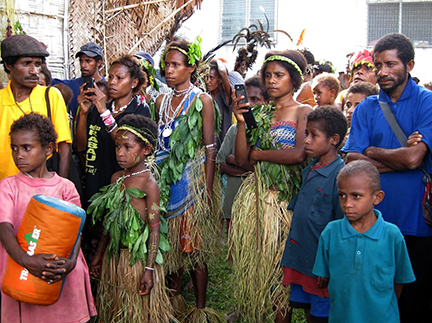 Offline distribution is a strategy used to get audio Bibles and gospel films onto the world’s 5.5 billion feature phones—without relying on internet. Most feature phones are already able to play audio and video files. These larger files can be transferred to feature phones by means of microSD cards and small portions can go viral from phone to phone with Bluetooth technology. Because smart phones and apps are scarce in the developing world, an offline strategy opens a huge opportunity for believers to spread the gospel virally on the phones of the world’s most remote and humble people.

One example of the impact of mobile phones can be found off the coast of Australia, where an aboriginal woman named Wangaar lives. She taught herself how to use a computer and how to put text and audio on mobile phones. When JAARS visited her, they were able to show her how she can also get videos and photo books on phones. In a single afternoon, Wangaar translated an entire Bible story script and created a Bible story video.

Just days after sharing this content on phones with Bluetooth, the gospel videos had gone viral across the whole village!

Within weeks, she heard her neighbors’ children reciting the Bible stories. The children in Wangaar’s community love to listen to the video clips and watch Bible picture stories so much that they will fight over who gets to watch. Yurranyjil, another resident, emphasizes that even adults and parents cannot wait to get their hands on the gospel media. 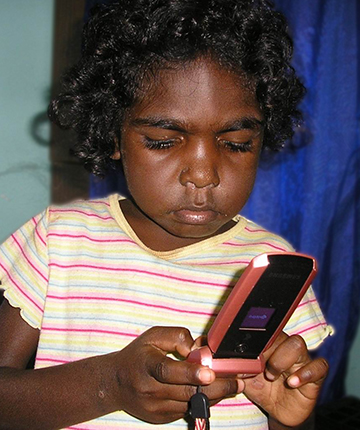 More proof of the power of mobile technology is seen in Sub-Saharan Africa, where a missionary named Terry serves in Ghana. For years, Terry saw that the audio New Testament was being translated into new languages, but the content was not being distributed broadly to the masses of unreached people. Terry desperately wanted all the people to have access to these translated audio Bibles. Knowing that most feature phones can play audio and video, Terry saved the entire audio New Testament from his computer onto a microSD card and gave it to one of the local translators so that he could play it on his phone. The indigenous man gave an emotional “thank you” and joyfully exclaimed, “I finally have my own Bible in my language!”

What is in Your Hand?

A major challenge for missionaries like Terry is that they work with multiple language groups and need unique media for each group. Traditional paper Bibles are limited to a certain number of people, are not very mobile, and can only be used by the literate. In addition to this, although there are many fantastic audio Bible players, the cost to provide them to 5.7 billion oral learners would be enormous.

The solution to this is now available to anyone around the world. Mobile devices are already in the hands of most of the world’s unreached; and there is an innovative device that can take offline distribution to a whole new level.

In early 2014, Renew Outreach is launching the first generation of a device called the LightStream. It allows users to distribute gospel media to mobile devices in an “off-the-grid” environment with no access to internet, electricity, or cell phone reception. The LightStream uses three distinct distribution methods: Wi-Fi, Bluetooth, and microSD card copying. First, it acts as a Wi-Fi access point, allowing mobile devices to connect and stream or download content from the LightStream itself rather than the Internet. Second, it transmits a Bluetooth “push” signal, notifying any active Bluetooth-enabled mobile devices in range that they can accept the media files via Bluetooth transfer. Third, simply insert a microSD card into one of the four available ports and the gospel media will be automatically copied onto the microSD card. All this is accessible through the user-friendly interface. Everything is visually based, allowing for intuitive use by people of all languages. 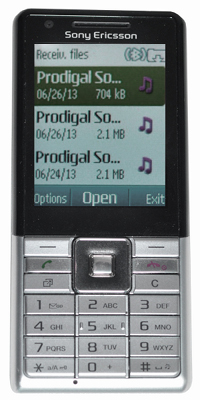 Once media is transferred to a single mobile phone, small files like the book of Mark can continue to be transmitted from phone to phone using Bluetooth technology, resulting in viral spread of the gospel. When the system is not being used to spread gospel media, the solar-powered battery may also be used to charge mobile phones.

There are many exciting ways LightStream can be used on the mission field by people of all ages. The types of media can vary from audio Bibles to films and training materials. A gospel movie can stream from LightStream to over 30 Wi-Fi-capable devices simultaneously. Also, LightStream can be left behind with indigenous leaders who can then go on to plant churches among other groups. Short term teams—while in the field—can help distribute media in the people’s heart language. Long after the team has returned home, the gospel will continue to spread.

Using existing technologies, all believers—men and women, young and old, urban and rural—can become active missionaries with the ability to target multiple people groups with life-changing gospel media in almost any setting. New disciples no longer have to rely on a single physical Bible and no longer have to learn another language to know God. With just a mobile phone loaded with gospel media, they can share the Treasure Map that leads to the ultimate Treasure—Jesus!

David Palusky is the founder of Renew Outreach. In 1998 he was faced with this question: “How can we present the gospel to remote people and empower their native leaders to disciple their own tribes?”

Drawing on his electrical engineering background, David created solar-powered audio/video systems for teaching groups both small and large without electricity or a cumbersome generator. The impact of these tools inspired David and his brother to begin Renew Outreach, with the goal to equip God’s world-changers with continual advances in creative technology—helping to bring the gospel to the “ends of the earth!”

Have questions? Renew’s team can be reached at .(JavaScript must be enabled to view this email address).