It was midnight on a winter night when I returned home to Leskovac, Serbia by bus from a city about 90 miles away where my wife and I felt called to plant a new church. My wife was still up waiting for me. With sadness I said to her,  “No, we are not going to move to Jagodina! I don’t think it is the will of God, because otherwise, He would help us find an apartment to rent with our small financial resources. Since God did not provide, then it means it is not His will.” Immediately, my wife answered, “Yes, we will go, we will move there!”

One year before, we had already started to plant a church in that city.  Deep in my heart, I knew that God was calling us to move there, but my logic opposed it because we did not have enough money for even the basic things like food. Somebody had offered an unfinished house for us to stay in, and it had no bathroom, incomplete kitchen, and no heating.  Because of this, I told my wife that I did not want to take her and our two young sons to live in such bad conditions. To make matters more difficult, the youngest had been born by caesarian section only two months before, so this would have been even more difficult for my wife.  Her determination to obey God, however, made me feel ashamed. So I said to myself, “If she is ready to move into those conditions with two  young children, then I should be even more ready.”

In our lives, we often face giants, but this period of my life felt like the biggest challenge that I had ever faced. I know that the enemy wanted to use fear to stop us from moving—and if that had been the case, all the fruits of salvation that we see now after 13 years would never have happened.

I came to Christ at the age of 10, and accepting God’s love for me healed the sense of inferiority I always had as a Roma among Serbians. At that time, I could not even imagine that God would call me to his mission to bring His Kingdom to the lost. As I grew older, I became very involved in my church in many different ministries, but I felt no attraction to become a leader or a pastor.

A Serbian who had a great love for Roma people started my church. This Roma church was probably the first in former Yugoslavia, established in 1986. There were only 70 people in the church until 1999 when we had a great revival, growing it to 900 people. At that time, the church had many ministries involving women and children, and also started a church planting project. An organization from England was offering to support and educate young leaders for five years. During that time, the new leaders needed to start a new church somewhere in Serbia. I was one of nine people that joined this project and many of us from this group did indeed plant new churches.

The call of God was very clear to me, and for me, knowing that allowed me to keep moving forward. There were many conversations between God and myself, similar to Gideon’s situation in Judges. Every time, God confirmed to me that He was indeed calling me.

Cultural Barriers in a Roma Context

In Roma culture, when you are the only boy in a family, you have a very special place. However, my older sister has cerebral palsy, and this situation made my parents work very hard, spending most of their money on her treatments. Their greatest fear was that there would be no one to take care of my sister when they became too old—they would always tell me that this would be my duty. Also in the Roma culture, the only son would never leave his parents. Roma would never put their parents in old people’s homes—we take care of them until they die. Families stay close or often live together. 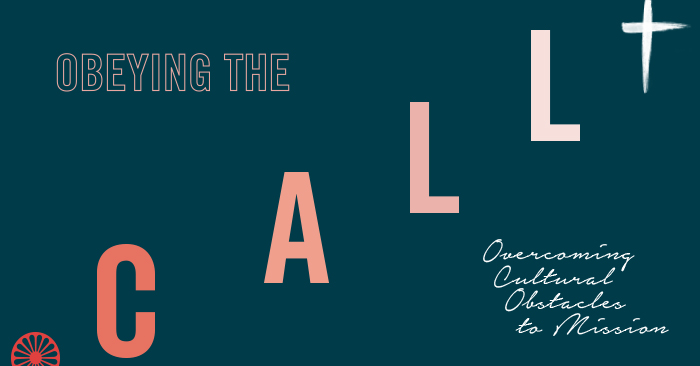 When I understood that God was calling me to move and leave my parents and my sister, I wanted to obey God, but these deeply ingrained cultural values made this an extremely difficult calling.  After I told my parents that I was going to move to a different city, they were broken and angry.  My father told us that if we move we should never come back or talk to them again. Because of this, despite the clear calling from God, I started to create reasons to make it look like it was not God’s will for us to go. It was extremely difficult that my parents would not release me, and for me to feel that I was neglecting my duty as a good son.

The first morning after we moved to Jagodina, we experienced our first miracle. I opened the door and found two loaves of bread and milk sitting on an outside table. The anonymous attached note read, “Miki this is for you and your family.” God continued to take care of my family and me as we preached the gospel to the children, youth and adults. We never lacked for basic necessities—there was always enough. Still, there were many challenges. Living with my parents, every person in the family had their own job to make the family function. My job had been to work and earn money while my parents took care of other things like managing the money. So when we moved, we had to learn how to do everything, from practical things to learning how to pay our bills on time.

Eight months after we moved to that unfinished house, we moved to a house where we live to this day. The work and vision continue to grow and expand and the ministry has influenced thousands of people, children and youth. We opened a children’s kindergarten, children’s clubs in several towns around Jagodina, a summer camp and new house groups that we hope will become new churches. God provides buildings, cars, coworkers and finances for every month.

When God is calling you to a mission, He is already preparing a way for you to walk in it, and only if you follow this way will you be able to be a witness of His miracles, blessings and provision. Of course there will be many challenges, particularly if your own cultural values oppose your call. However, when I see all the things that God did through the past decade I am happy that I obeyed that call.  My obedience made it easier for me to trust God as he continues to lead me in ministry among the Roma.

This was a well-written article about God’s leading in his life and the life of his family. Obeying God always brings the best results. Thanks for sharing your story.

I am oguti Daniel found in northeastern Uganda. Brethren, it is really good to obey God’s call.but you may be called when you completely have nothing to provide, what can youdo?thanks let’s move on with the work of God.

Miki is a pastor in Jagodina, Serbia and is also on the Board of Roma Networks, a grassroots movement aimed at connecting and networking Roma ministries across Europe. http://www.Romanetworks.com