Cultural Bridging in a Time of Crisis

When Berty, short for Bartolomej, and I met for coffee, it was clear that he was under a lot of stress. Severe stomach cramps, sleeplessness, and anemia had taken its toll on him physically and spiritually. The time he took out of his busy work schedule to sit and chat over coffee was one less hour he had to finish a construction job he and several of his co-workers were busily trying to complete. I knew the history of how Berty used to operate a large, successful construction firm. He had several men who worked for him, a good reputation, more work than he could handle and enough income that he and his young family were able to live very comfortably. Once, when we were talking about whether it was better to carry your wallet in your front or rear pocket Berty said, “I carry mine in my hand. That way I am not burdened by money if my wallet is in my back pocket nor led by money if it is in my front pocket.” He laughed, knowing there were times in his life that his desire for money and possessions was his highest motivation. Before coming to faith in Christ, Berty talked about living “in the world.”  Now, as a deacon in his church, his desire is to raise each of his his four children to love the Lord and to live in such a way that his life is a testimony of who he is in Christ. It is not always easy.

Along with majority populations from Central and Eastern Europe, tens of thousands from minority Roma communities have relocated to Western Europe in search of jobs, housing, and education. Many of these intra-European migrants are evangelical Christians.  From within my own tradition, the maxim of Johann Oncken, the father of continental European Baptists', was, “Every Baptist a missionary.” His motto became the guiding principle as Baptists migrated across Europe in search of opportunity. The history of Europe is a story of shifting borders, internally displaced persons and almost constant periods of adjustment as diverse populations wax and wane across the continent.  The Romani peoples, whose own story of migration is still not fully known, likely have more stories to tell and more skills to offer of how to cope in today’s world than any other group.

When Berty’s business collapsed and he struggled to earn enough money to live from week-to-week without having to pawn his wedding band, there was strong temptation to move from Slovakia and join others from his extended family in places like Germany, England or Belgium.  Berty and his family regularly took their vacations to visit family scattered across Western Europe. Their relatives would ask, “Why don’t you move here?  You can make more money and life is better here.” Even though Berty lived in Belgium for a while and made very good money, he was certain that it was not God’s will for him to emigrate from Slovakia. “Better to be poor at home with Jesus than rich somewhere without Him,” Berty tells me. Tragic stories of the disintegration of families after they left home to migrate to the West are all too common.  Children lose their more conservative social mores in the West. Families still have struggles, but in strange lands they have no family or social network on whom they can depend. They often end up much worse than if they were back home.

I have spoken to pastors of churches across Slovakia and Czechia (Czech Republic) who tell similar stories of personal and congregational heartbreak. Ministers and ministries invest years into the lives of people seeing them come to faith in Christ, mature as believers and even become leaders in the church only to lose them to migration. While it is true that “every Christian migrant is a potential missionary,” reimagining a small local church in eastern Slovakia or northern Czechia as a missionary-sending congregation is too hard to comprehend.[1] Still, the Holy Spirit is doing this very thing in congregations across Central and Eastern Europe.  Migrants are playing the roles of missionaries as they take their Christian faith into countries of Western Europe.

As we continued with our coffee, Berty shared another story. By word of mouth through some of his Christian friends, Berty was hired by a woman to do some work on her home.  “She was not a Christian, but she hired me because of my reputation for good work.  She did not like Cigány.” [2]

He told about how she would stand at her window and watch as he and his employees worked.  Once they went to ask if she had a small grill they could use to cook their lunch instead of having to go into town.  “As long as you don’t break it” she quipped. They asked to borrow a guitar so they could sing together as they waited for lunch to cook.  “Make sure you give it back.  I am watching you.”

Berty, like others from ethnic or economic minorities, is very aware of when he is being watched. The high-context communication styles of the Romani peoples are able to read authenticity or prejudice, gullibility or concern in the body language, arrangement of chairs in a room, or tone of voice.  They are masters of non-verbal communication. The homeowner did not need to say “I am watching you” because Berty and his crew already felt her stare.

Cultural bridging is a skill immigrants must learn as they adjust to life in their new context.  Bridging is the ability to engage another culture by use of language and knowledge of customs or other social mores. Bridging is important in the development of social currency or capital.  Transformational development of impoverished communities emphasizes that in order to advance, moving within and between socio-economic classes requires knowledge of unwritten cultural standards. This is where cultural bridging becomes crucial for how migrant communities function in their new context. Within Romani studies, the ability to adapt culturally is broadly discussed. Most of the Romani peoples in Central and Eastern Europe are in settled communities.  Still, adaptation to life as perpetual migrants, as they move from their cultures to engage the majority cultures in which they live, accentuates their mastery of cultural bridging. 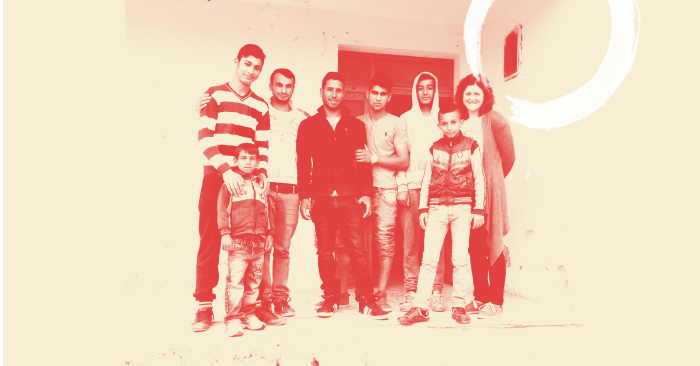 When emigrating from Slovakia or Czechia to the West, deft and seemingly innate abilities at cultural bridging are how Roma have adapted to life. Bridging is a tool many Romani Christians utilize when sharing their faith. In the case of the Christian, sharing one’s faith cross-culturally can be filled with uncertainty. Am I communicating clearly the gospel message in a way free from my own cultural baggage? Can others see Jesus clearly in my life?

After the reconstruction was completed and Berty had received payment, the homeowner said she had something else to say to him.  “You know that I did not like Cigány. But as I watched you all read the Bible and pray each morning before you began to work, I heard how you would sing praise songs about Jesus as you played on my guitar; I saw you work together to do a good job on my house and all the while encouraged each other in your faith. I want you to know that because of you I began to read my Bible and I have accepted Jesus too.”

Berty shakes his head as he finishes his coffee and his story. “This is why I am still here. God has a plan for me here to witness for Him in what I do. And like my family that has moved away, we are trying to do what God has called us to do. We live in such a way that other people will want to know Jesus because of our life.”

Life for the Roma in Eastern Slovakia is often marked by high unemployment and little hope for finding a regular job. Often facing discrimination in education and employment, many find the freedom of emigrating to the West a welcomed way out of their difficult contexts. And despite the truth that in the West there are more opportunities, there are also new challenges to life in their new contexts. The challenge for churches left behind by emigrants is a loss of leaders, discouragement and even feelings of betrayal as members leave. And though the growth of Romani churches throughout Western Europe is due in large part to how well churches in Central and Eastern Europe have discipled their members, separation from the constant encouragement and relational closeness of their home congregations creates challenges for the new mission churches.

Berty’s story illustrates how one Roma family from Eastern Slovakia chose to remain at home as they struggle to eke out a living while giving witness to Jesus Christ through their lifestyles.  The skills of cultural bridging are not only how the Romani adapt to new contexts, but also their method of evangelism.

[1] Hanciles, Jehu J. Beyond Christendom: Globalization, African Migration and the Transformation of the West. (Maryknoll: Orbis, 2008).

[2]Cigány - an exonym for the Romani people common throughout central and eastern Europe.  It is translated into English as “Gypsy.”

I was curious if you ever thought of changing the page layout of your blog? Its very well written; I love what youve got to say. But maybe you could a little more in the way of content so people could connect with it better. Youve got an awful lot of text for only having one or two pictures. Maybe you could space it out better?

R. Shane McNary serves as Field Personnel with Cooperative Baptist Fellowship, ministering among the Romani peoples in Slovakia and the Czech Republic since 2004.  He has a ThM in Intercultural Studies from Fuller Theological Seminary in Pasadena, CA.  His thesis focused on models of leadership in Romani communities of Central and Eastern Europe.