God’s plans will be fulfilled. The question is not if they will happen, but when? His purpose is to fill the earth with the knowledge of His glory, and to do so through multiplying His people until there is no place left among the nations without local witness (Hab 2:14, Rom 15:23, Rev 7:9).

No Place Left is an end vision. It’s a statement of finality. It’s a biblical mantra revealing God’s heart to multiply His glory among the nations. And we can see, from the examples of both Jesus and Paul, a consistent pattern of what it means to make disciples of all nations toward No Place Left (1 Cor 11:1). That pattern can be summarized into five parts: (1) Entry, (2) Gospel, (3) Discipleship, (4) Church Formation, and (5) Leadership Multiplication.[1] These five parts are woven throughout the New Testament and can also been seen in most, if not all, of the Church Planting Movements happening today. 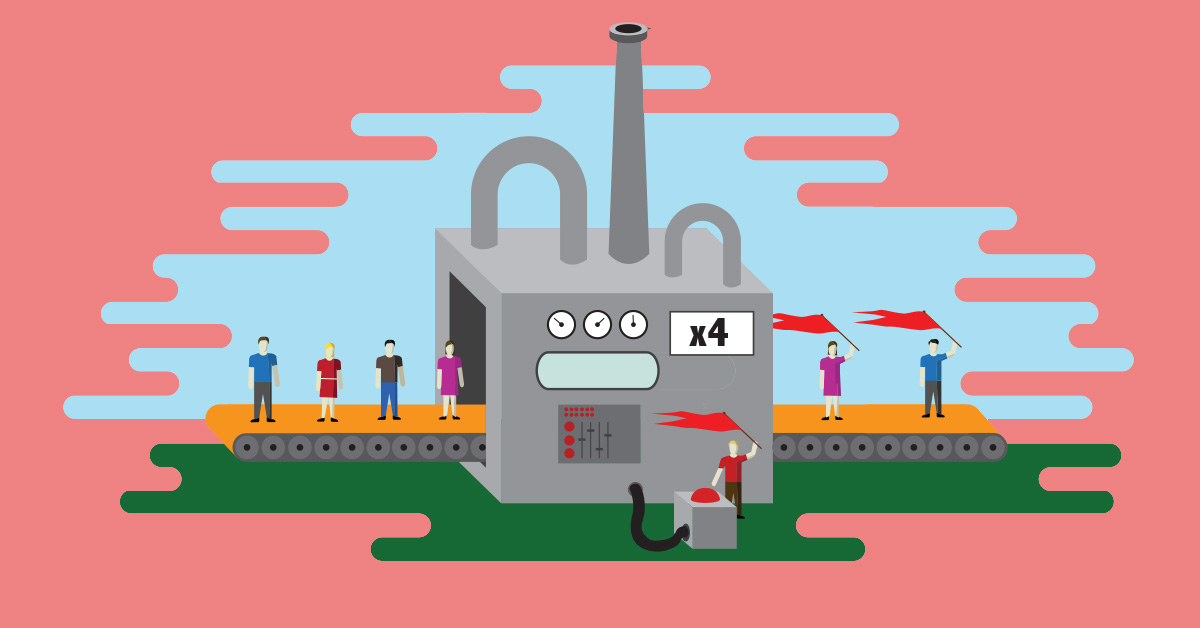 In 2013, Jeff Sundell trained Fred and Melissa Campbell in the “Five Parts.”[2] Then in the winter of 2013, Fred and Melissa began coaching our team of practitioners in Austin. In March 2015, we had the opportunity to go to Asia to see church planting movements firsthand. We returned home with greater resolve to practice the five parts of Jesus and Paul’s pattern.

As we continued the pursuit locally, Jeff suggested, “What if we could put a team of practitioners inside a movement to learn from the movement, to sharpen training skills, and to also assist people groups of that country in pushing a movement forward?” In fall of 2015, Jeff invited us to go to Asia to give it a try.

We went to Asia to learn from an existing movement through partnering with nationals to train local believers in the five parts.


Alongside this training we visited house churches within the movement. In one of these churches, every family present had planted other multiplying house churches.

Our team had several key takeaways from this time:

The DNA in the U.S. and the DNA in Asia are 95% the same! We felt tremendous confidence for training cross-culturally because we were already practicing and training people in the “Five Parts” locally.

Training cross-culturally forced us to keep the process simple. Working through a translator challenged us to do things in a reproducible way.

Babies don’t mature overnight, and neither do churches. We must give church identity from the beginning and help church starts grow into health over time through obedience-based discipleship.

Modeling and practice are important. If we expect people to go out and implement, we must first model it, then give them plenty of repetitions to practice.

A chef always tastes the food first. If you are not personally implementing the five parts, you cannot expect to train others to do it.

Our team’s vision became a shared vision. “No Place Left” is a global, unifying vision for the church.

Our team partnered with an Asian movement catalyst who observed, “This is the first time we have had a team of ‘Five Parts’ practitioners come and join in the movement here. You are well-prepared trainers, and the strongest team I have hosted. You will do greater things than I have done.” He went on to share that the team helped advance his long-term strategy and got his own leaders unstuck in key areas.

In the U.S. context we have a habit of making simple things complex. But when you train cross culturally you must keep things simple. The team learned to be concise and to the point. They went in as learners, and did a great job! One of the team members was an engineer. After training in a remote village one evening, lying on his back on a bed 3 feet too short for him, he thought, “I could do this. I could be a missionary.” He determined upon returning home to rearrange his lifestyle to focus more on the harvest in Austin. Another teammate mentioned how simple the training was and how similar it was to their work in the U.S. The main thing they learned, though, is that the pursuit of movements takes hard work and perseverance. The team had already shared the Gospel over 1,000 times in the U.S. in the past 6 months, and their practice of the five parts in the U.S. prepared them well to train in Asia.

Jeff’s Vision for the Future of Missions

What if we could borrow national leaders from existing movements, connect them with other practitioners like this team from the U.S., and send them together to new areas as catalysts for movements? When practitioners with experience in generational growth in the U.S. are sent to serve long term overseas they still need language and culture acquisition, but their potential effectiveness is greatly accelerated. As e3 Partners sends long-term workers overseas they are actively looking for people with generational movement experience. The first few teams with this kind of experience are now preparing to go. It will be very exciting to see what God does in the next three to five years as we see movements multiply in the U.S. to prepare more effective workers for the unreached and unengaged. 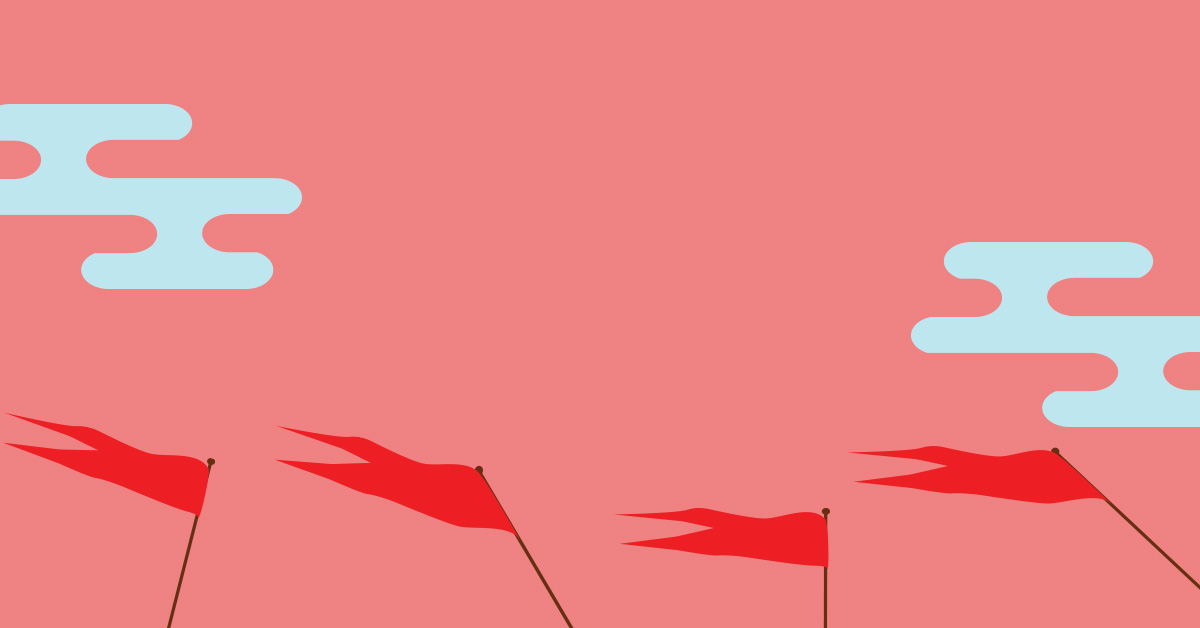 Needless to say, this experience strengthened our team. Here are some elements in our action plan moving forward.

Everyone expressed an increased hunger and vision for God’s glory among the nations. We plan to intentionally pursue God for movements among every tribe, tongue, and nation in our locality while remaining ready to move anywhere God leads in order to see the Great Commission completed.

2. Passion for Our Neighbors

Our experience brought a deeper love for those who are far from God and a heightened urgency to share the Gospel. We plan to share the Gospel daily as a way to love God with all of our hearts, souls, minds, and strength, and to love our neighbors as ourselves.

The Great Commission is the highest call of our lives. We must go, make disciples, baptize and teach new disciples to obey everything Jesus commanded.

The best thing we can do for new disciples is help them form into churches or assimilate them into an existing local church. We plan to help groups of new disciples self-identify as churches.

The hindering lid on movements is leadership. We must give the Kingdom away to continue developing more leaders. We plan to train more people to become church planting multipliers.

Exposure to and experience within a movement did sharpen our skills while helping push a movement forward. Such cross-pollination is very strategic in awakening and uniting the body of Christ around the world, and it is effective in inspiring Great Commission urgency.

In Hastening the hero says, “There will be a last generation. Why not us?”[3]

I pray that ours will be the last generation. Movements multiplying movements in this generation could play a key role in seeing God’s purpose fulfilled. May we put away self-centered dreams, and instead join with God in His work to reconcile all nations to Himself in Christ.

Yes! A very insightful article that challenges us to creatively think in “new boxes” about how we make disciples of all the nations. “creating movements that multiply movements” is BroomTree International’s (http://www.broomtree.net) strategy to reach the 37% of unreached people groups in Africa. To equip and empower indigenous churches to GO and disciple others within their culture, proximity and reach is proving to be quite a powerful movement in Kenya.
The challenge for western churches is to shift to supporting these movements, rather than cross-cultural missionaries (or even ministries that are by-passing local indigenous churches) to set up their own missions work. I truly believe we’re at a cross-roads in an era of missionary strategy and you nailed it on the head.

Thank you for sharing this wonderful and insightful article.

Jeff served as a strategy associate for Northern India, Nepal and Bhutan before leading an effort to birth movements in the U.S. His passion is to turn people “far from God” into reproducing disciples of Jesus Christ who gather into healthy reproducing churches.
.(JavaScript must be enabled to view this email address)

Garret is a movement practitioner and catalyst in the U.S. He is passionate about seeing the fulfillment of Revelation 7:9 in this generation.
.(JavaScript must be enabled to view this email address)