Bringing Definition to the Great Commission

It has been said that a problem well defined is a problem half-solved.  At the 1974 Lausanne Conference, Ralph Winter began to define the Great Commission problem that many of the world’s ethnic people groups remained hidden or unreached with the gospel of Jesus Christ. For the Church to fulfill the Great Commission there needed to be a well-defined target.

During the early years of the U.S. Center for World Mission, Dr. Winter was wisely hesitant to promote a specific people group list. Rounded guestimates were used when referring to people group counts.  With the dramatic changes in technology, interconnectivity and data gathering capabilities, that reality has changed. Joshua Project seeks to fill that need for a specific, accurate and comprehensive people group list to support Dr. Winter’s 1974 Lausanne focus. Joshua Project exists to answer the following questions:

Joshua Project focuses on catalyzing pioneer evangelism and church planting and identifying those people groups with few Christian believers and with little history of exposure or response to the gospel message.

Since 1995 Joshua Project has compiled and refined a list of the world’s ethnic people groups. The list has been reviewed, critiqued and updated by hundreds of on-site workers, national researchers, denominational leaders and mission strategists. Today this database lists 16,700 distinct people groups of which approximately 7,000 are considered unreached, meaning they have very few disciples of Jesus.  Over 40% of the world’s population lives in these 7,000 unreached groups.  In other words, four out of ten people in the world today live in a people group that has very limited, if any, exposure to the gospel.

As the U.S. Center for World Mission transitions to Frontier Ventures, the Lord has positioned Joshua Project well in this Internet and mobile age. All Joshua Project information is in electronic form, easily downloadable and without cost to those who use it. Thousands of visitors each day interact with unreached people statistics, profiles, photos, maps and more through the Joshua Project website (http://www.joshuaproject.net). Dozens of downloads per day are occurring of Joshua Project raw data files, which is an indication that people are interested in and are finding uses for unreached peoples information. All Joshua Project data uses standard coding, which allows easy integration with other missions datasets.

Joshua Project also now provides an API (Application Programming Interface), which allows users access to the live Joshua Project database as though the data was resident on their own websites and apps.  Joshua Project does the data maintenance and updating; API users develop creative content presentations.

Joshua Project is eager to support prayer for unreached peoples. Some of the ways we do this are with the Unreached People Group of the Day web widget, daily email and mobile phone apps. Each day tens of thousands of people are focused on and praying for the same unreached people group utilizing these resources. Also, prayer cards (available in eight languages) are accessed on the Joshua Project website over 70 times per day. People can download various sets and print them on their own printer.

Fifty-five percent of visits to the Joshua Project website are from outside North America. We are eager to serve indigenous workers in the developing world, and hope to find better ways of achieving this in the future. Some Joshua Project information is available in non-English languages, including prayer cards and non-English web pages. We look forward to the Lord raising up translators to put more unreached peoples content into  other languages. 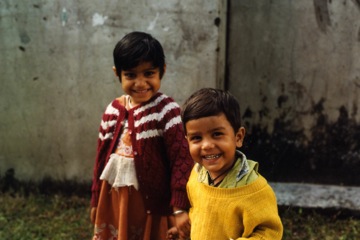 systematic approach lessens the likelihood of people groups falling through the cracks. Other indigenous focused ministries such as Asia Harvest ministry also use Joshua Project data in a similar fashion. Asia Harvest helps facilitate the work of more than 1,000 indigenous evangelists and church planters many of whom are serving among unreached people groups.

Another example of Joshua Project data being used involves MANI, Movement for African National Initiatives. This continent-wide network of indigenous agencies, churches, and workers has made a copy of the Joshua Project list of people groups for Africa. They reviewed the data country-by-country and are using it for their outreach strategies.

Joshua Project seeks to adapt and serve as we look forward to the future and see realities such as:

No previous generation has had the clarity, resources and manpower that exist in the global missions movement today. The “problem” of the Great Commission is becoming increasingly well defined through many missions research efforts. Joshua Project is eager to serve Frontier Ventures and the worldwide missions movement in the days ahead.