Impacting the Unreached in Our Own Backyard

Today we live in a world where many of the different peoples and cultures are now here in America. These people groups are known by many as the diaspora, which means “dispersed.” It used to be that frontier mission was only understood through the paradigm of people going overseas. Today many of the unreached peoples of the world have come to us.  As John Orr, of the Center for Religion and Civic Culture at USC said, “Los Angeles is the most religiously diverse city in the world.”

The potential is best described by our own Roberta Winter, when she wrote:

“Like a master chess player, God has moved representatives from unreached people groups far from their homelands all over the world and has plunked them down in the midst of traditionally Christian populations, essentially saying, ‘You have not gone to them, so I have brought them to you. Now tell them!’”

With the peoples of the world moving to cities  like Los Angeles and mingling together, it offers the mission world both a great challenge and a great opportunity.

Ethnic L.A. is a cooperative network of researches and church planters working within the world of diaspora mission. One objective of Ethnic L.A. is to be able to know who these peoples are and where they live in the urban setting of Los Angeles so that the local churches can engage the unreached peoples in their communities. We also desire to assist missionaries who return from oversees, either for education, health, family issues or retirement, to be able to know and understand the opportunities available here so that we can connect them with their people group locally. They can continue their ministry here in the U.S. among 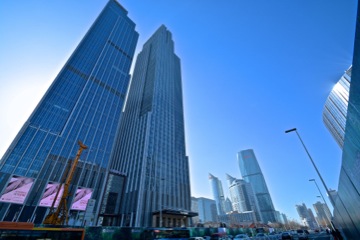 the diaspora and make a great impact. However, this model is contingent on supporting churches getting the vision of today’s diaspora world, the unreached peoples that are here in the U.S., and continuing to financially support these kind of missionaries.

Through our research, we have found over 300 different ethnic groups in Los Angeles. They are predominantly from Latin America and Asia. Our research also shows that there are 325 Buddhist centers, 115 Jewish centers, 113 Islamic Centers, 66 Hindu centers, 17 Sikh centers and 10 Taoist or Daoism Centers in the greater Los Angeles area, with new ones being discovered all the time.

Why has God placed Frontier Ventures here, just outside of one of the major international cities of the world?—perhaps for just such a time as this.  We believe that we have a very strategic opportunity to impact the unreached peoples, not simply “over there,” but right here in our own backyard.

We invite you to find out more about how you can join with us to make an impact through prayer, research, mobilization, and local engagement in greater Los Angeles and beyond.