The Wonderful Marriage of Research + prayer

Since October of last year, C. Graham, a long time veteran of the U.S. Center for World Mission, has been leading a new weekly convergence-style initiative here at our Pasadena campus along with young people from the Ekballo House of Prayer. She and four of her young partners share their experiences on how they have been working not only to bring research and intercession together in a collaborative environment but also to join the generations in weekly prayer for unreached people groups.

The team leads the collaborative group every Friday to pray for a different people group each month. Some of the people groups they have prayed for recently include the Aceh of Indonesia, the Jewish people of Israel, the Pashtun of Afghanistan, the Yadav of India, the Native American peoples, Tibetans, and the Wolof people of Western Africa. 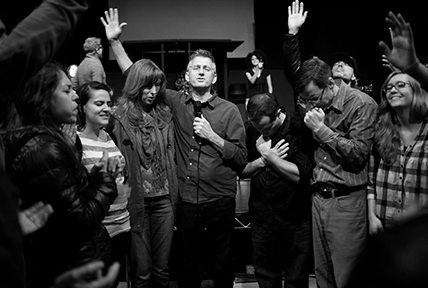 The prayer set is a highly structured, yet intense, hour. During their research phase, the team meets early in the week and divides up certain areas to pursue in research. Everyone spends his or her own personal time researching throughout the week. They may research for 2-3 hours each and then meet again to share and process what they’ve discovered. Graham strongly emphasizes partnership with God throughout the process. She says, “We’re not just doing a lot of research and figuring out what’s crucial. The Holy Spirit is important to us. God is the one who guides us, leads us, and shows us.”

Below are the group’s answers to a few questions we asked when we met up recently:

MF: How has this convergence impacted your experience in prayer?

Riggs: For me, it’s brought in a different aspect of prayer that I haven’t really been a part of before, which is called “informed intercession,” where you go more in depth in research. It has been a huge blessing and a tool that I have been able to learn.

Hall: For me it has been a blessing getting to know the people group and their story and out of that being able to pray with understanding.

Waddell: It has helped me to engage my heart on a deeper level in partnering with the Lord’s heart. Part of that has been going through their history and trying to understand their story from God’s perspective. As I went through a historical timeline I was asking, “what have they been through, what are the challenges that they face, both now and in the past?” 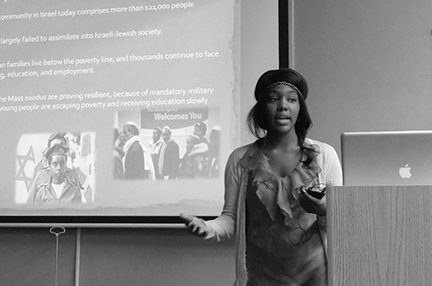 As I was praying for a specific people group in Central Asia, that the Lord would raise up laborers, I was surprised that he would impact my own heart in a way that has actually changed some of the course in which I have planned my life. I didn’t expect the Lord to say, “Give yourself to prayer for this people on a personal level, not just corporately on Fridays, as this is something that you will potentially do later in life.” He wrote something on my heart that would transcend that one month of focused prayer.

Wright: I feel like I’ve received a greater burden for the unreached people groups. As a part of the Ekballo House of Prayer, we pray for the unreached, but it’s different when you are informed about it and praying from that place. Understanding the background before we pray has been really powerful for me.

Researching and praying about the practice of Bacha Bazi [child-sex slavery] in Afghanistan really impacted me. I was horrified and shocked. I was praying for things I had never even heard of before. My prayers and my heart have come alive through the research. I found myself in deep intercession for the people even after our prayer set was over.

MF: What are some of the tools you used in
your research?

Riggs: One was interviewing people who have worked among those people. I would ask them what were some of the things we could learn from them about this people group that we wouldn’t be able to find by simply searching for them on Google, watching YouTube videos, or even through research magazines and sites, but rather what is it that we can learn from first hand perspectives. This engaged my heart in a deeper level.

Graham: Sometimes we have called people in certain countries. Whenever we can, we do. We always have to recognize security concerns and give the people we are talking with the assurance that we are not going to publicize something that is going to compromise them. Most of the remaining unreached people groups are in areas where there is a lot of security concern, so we have to be wise. But there is still a lot that can be gathered and a lot of good people to talk with. We look to talk with not just foreign or Western missionaries, but local missionaries from the community itself.

MF: What can others reading this article learn from your experience?

Riggs: I would definitely encourage people to research rather than just simply blindly praying for things. I was taught that the key to intimacy is knowledge. To really be able to love a people and pray for them is to learn about who they are in a deeper way. I found that the more I researched a people, the more I fell in love with them and the easier it was to pray. I didn’t have to just make things up. I began dreaming about this people at night, and they would be in my thoughts during the day. The Lord was stirring my heart for them in deeper ways. The more informed we are as intercessors, as people who pray for a specific people, the more our heart will come alive through it. 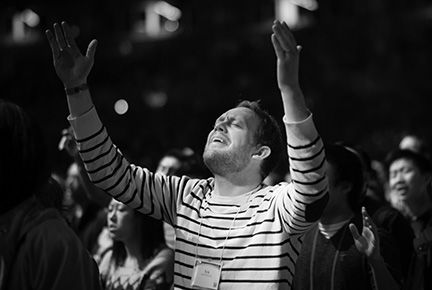 Waddell: In light of where missions is going and how the concept of unreached people groups is hitting our generation in particular, I think it is wise and noble to give ourselves to researching and praying for these people groups so that we as a generation can potentially understand where we will be going. I think for our generation many times missions is a fantasy where we simply say, “I want to go there!” We can galvanize around the idea of going without actually understanding the plight of the people, the spiritual realities, and the things they face. Research helps us to not only be equipped spiritually but also in practical ways.

Hall: Adding research to prayer opened my eyes to see. You can have this idea like, “Oh, I want to go to another nation, to another people,” but through research you understand that there are huge cultural and language barriers. And for some people groups, you can’t just go for a year or a few months, you have to give your life to it. I was studying about Tibet and seeing their culture of prayer and even the honor they have for that... it opened my eyes. I started dreaming about them and asking myself questions like, “how do we do worship in that culture without them losing their culture?” We don’t want to give them “American worship” or Western music. How does worship come forth in their culture and the way it sounds there? That is what has moved my heart.

Graham: What I’ve found to be really significant is that these younger people, it could be an older person too, but the people in the prayer movement have a level of passion and zeal in the place of prayer. And I feel like that is one element that I saw was so powerful. But what I was seeing in our community was that we were praying each week for a different people group. And the prayer movement on our campus was praying every night for a different people group. I was saying to myself, “what would happen if we asked the Lord to show us which people group we should all settle on and pray for this month and really settle into that and give God time to birth something in our hearts?” It just doesn’t get birthed in 15-20 minutes. I wanted to see what God would do in our people’s hearts. It’s that heart level engagement that is what prayer really is. It was the knowledge and the passion coming together that became really energizing in our praying together.

These young people bring the heart, they bring Scripture that is speaking to them, and because we’ve been studying and researching throughout the week together, we get really moved about these people and that’s what we have brought to the larger community. Our hearts are moved and that helps their hearts to engage. It becomes really powerful and by the end of the month we all feel like, “Can’t we keep praying for these people?”

It wouldn’t be this exciting if we didn’t have the elements that the prayer movement people have brought to us. But because we have a rich source of information and contacts with people and mission agencies and groups, it’s really a wonderful marriage.

C. Graham has been a part of the USCWM since the very earliest days of its genesis. Both she and her husband have served as workers in South Asia and are currently back in the U.S. helping to lead the convergence of prayer and frontier missions.

C.S. Riggs, R. Waddell, C. Hall, and A. Wright are a part of the Ekballo House of Prayer, which is based at the historic Mott Auditorium on the campus of the USCWM.