This is an article from the May-June 2021 issue: What Have You Brought For Us?

While visiting churches in an outlying part of another country, Mike and Rebecca’s charitable instincts kicked in. “We must find a way to help these churches,” they declared. Before they returned to the USA, they decided to give $100 to each of the three churches in the area to use for their most pressing need. Mike and Rebecca interpreted the recipients’ enthusiastic appreciation as an indication that the money was of great help. They made sure the churches knew that they were keen to partner with them.

While at home, Mike and Rebecca collected some children’s Sunday school materials from years past from various churches in their city and sent them to the three churches with whom they had formed a partnership.

Six months later, Mike and Rebecca arranged for another trip to visit the churches that had so captured their hearts. This time a small team of construction workers joined Mike and Rebecca. They used their time there to renovate the aging church buildings.

The churches’ anticipation grew every time they heard Mike and Rebecca were coming for another visit. An unspoken question often fluttered in the local believers’ minds: What might they help us with this time?

Two weeks before Mike and Rebecca’s next visit, one of the churches emailed them with a heart of expectation. The email contained the following request: “Would you be willing to bring us a guitar, one like Mike plays when he is here? Also, we were thinking that we need to build a place for the pastor to live on the church property. This would make our pastoral work more effective for Jesus and you could stay there when you come.” Mike and Rebecca assisted with this seemingly reasonable request.

Upon Mike and Rebecca’s next visit, a man who attended one of the local churches asked Mike for money to send his kids to school. The man was visibly disappointed when Mike told him that he had to think about it. This was the first time Mike wondered if they may have started something they hadn’t intended through their well-intentioned giving. The appreciation they had initially experienced had seemed to transition into entitlement. For the time being, Mike dismissed the nagging thought.

The more Mike and Rebecca helped the people there, the more complicated the relationships became. After two years of helping these three churches, Mike and Rebecca realized they may have established dependency.

This hypothetical but very realistic story reveals that it takes no more than five times of one-way foreign subsidy to establish unhealthy dependency.1

Saranya Kapur wrote an online article for Business Insider called “Parents on Welfare Are Bequeathing a Culture of Welfare unto Their Children.”2 In this article, Kapur writes about a study provided by the United States-based National Bureau of Economic Research (NBER). The NBER study reveals that parents who are on welfare create a culture of welfare for their children. Kapur goes on to explain that there are three main reasons why this happens:

Ultimately, the research shows that most often parents being on welfare is the main cause of their children being on welfare, rather than some other correlated legitimate factor. 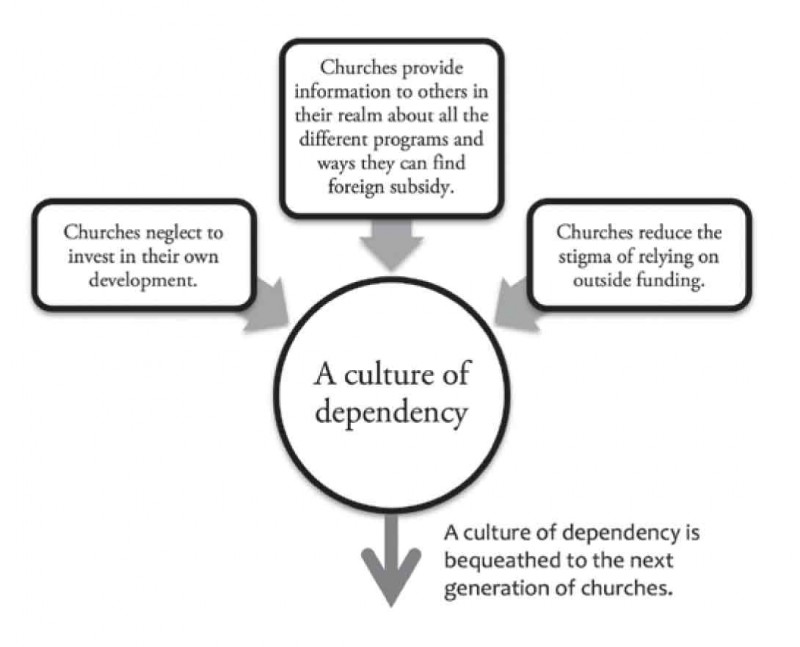 That’s dismaying information. Here’s the beauty from ashes. Any one of these rules can work in our favor for positive outcomes. 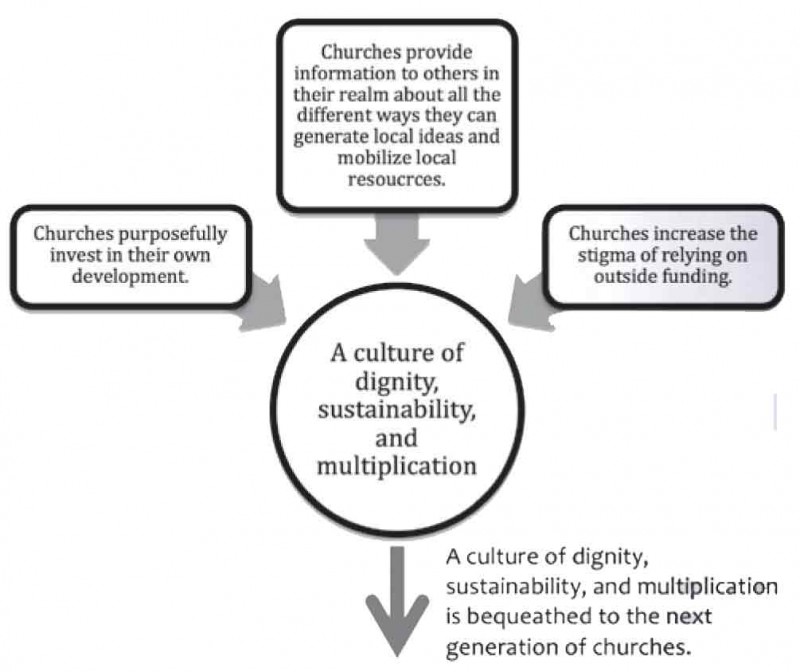 What’s fascinating about this is that we have to start with ourselves. If we choose to make it our aim and practice to use local resources to create what we need for 90 days, this will become our permanent missional habit. Beyond developing a healthy missional practice for us, we end up inspiring and modeling reproducibility and spontaneous multiplication to others in our realm of influence. In other words, reproducibility will become our value and our habit and others will catch on.

It only takes five times of unwise giving and free services to create dependency. It sneaks up on us really fast. But, if we determine to use the 21/90 principle in a positive sense, we can bequeath dignity, self- sustainability, faith, ingenuity, determination and so much more to generations of multiplying disciples and churches. May it be so!

Jean Johnson is the author of We Are Not The Hero: A Missionary’s Guide for Sharing Christ, Not a Culture of Dependency. She has over 32 years of vocational cross-cultural ministry experience. This includes 16 years of service in Cambodia. Jean is the director of Five Stones Global (fivestonesglobal.org). Five Stones Global provides ongoing relational and instructive support to help mission workers create a DNA of dignity, sustainability, and multiplication in their Great Commission efforts.