I consider it a privilege to be invited to participate in this special edition of Mission Frontiers dedicated to issues of local sustainability. In some ways, I was late in becoming aware of sustainability because for the first years of my missionary experience, I did not have the benefits of missionary training. It was only after spending the 1960s as an American missionary in Central Africa that I began to discover this whole new way of doing cross-cultural ministry, which was not dependent on major outside funding and outside personnel.

As time passed, I discovered that there were other parts of the world in which churches were being started from the very beginning without developing unhealthy dependency. I will share a few examples of how I came to know about them.

Before I became a missionary, I read a story about missionary work in French Indo-China, later known as Vietnam. Something in that story caught my interest. During the war, missionaries were forced to leave and were not allowed to return until after the war was over. When they were eventually allowed back, they saw the massive devastation, and being filled with compassion, they wondered what would be the best way to help the believers to rebuild their communities. They decided that one action they could do was to take responsibility for rebuilding the homes of the pastors in places where they had earlier planted churches. Imagine the missionaries’ surprise when their offer to help was declined by the church. The response of the church was: “It is our privilege to rebuild our own pastors’ houses.” It was one of the first lessons I learned in regard to respecting the dignity of those whom we are trying to help. 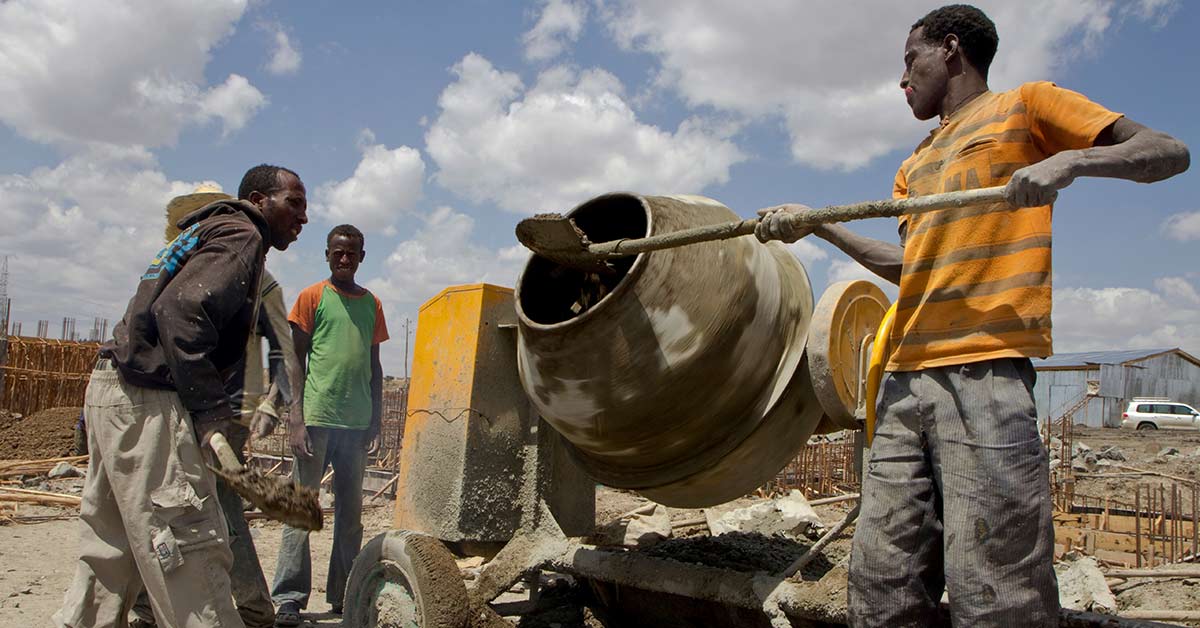 A second illustration comes to mind when I was a single mission worker in the early 1960s in what was then called Southern Rhodesia, now Zimbabwe. I learned about a group of young people from North America that came to work on a building project in a suburb of the city of Bulawayo. I heard a rumor that the group actually did not finish their few weeks on the project but left the building site early. I decided to visit the site to see if I could learn what had happened. The local builder was the only one left on the site when I arrived. I asked him where the visitors were. He said, “Sadly, we had to let them go.” When I asked about that, he said, “They worked hard while they were here even putting mortar between the bricks with their hands because they felt a trowel was not fast enough. But they did not know that we built buildings before they came, and we would build buildings after they had gone. The problem is that while they were here, they thought they were the only ones who knew how to build a building, so we had to let them go.” Some months later, I returned to find that someone had finished the project. Ironically, beside the main door there was a bronze plaque saying, “This building was built to foster goodwill between the youth of North America and Southern Rhodesia.” Knowing what actually happened makes that plaque sound somewhat ironic.

During my early missionary years, I came upon a small book titled The Indigenous Church written by Melvin Hodges, a missionary to Latin America. I heartily recommend it to anyone interested in the indigenous principle. Having read that book about 50 years ago, I decided recently to reread it, and I discovered that much of my thinking today about indigenous principles and sustainability was what missionary Hodges wrote in that small book. Some of the principles I believe today are exact quotes from his writing.

Another illustration comes to mind from my early days as a missionary in Zambia in the 1960s. This was long before I began to concentrate on indigenous principles. My wife and I worked among the Tonga people of Southern Zambia, which was one of the most rewarding times in my personal ministry. I traveled throughout rural villages sharing the gospel with those who were not believers and encouraging those who, for one reason or another, decided not to remain in fellowship with the church. One day, we visited a rural area where there was no established church. Believers met under a tree or sometimes in a nearby primary school classroom.

As we sat under a traditional grass shelter, one of the villagers asked if the mission would be willing to provide a church building for them. This piqued my interest as a young missionary, so I decided to ask a few questions. I noticed that the shelter under which we were sitting was completely made with local materials. Not one nail was used to erect it.  Then I noticed that about 30 feet away, there was a rural grocery store built with burnt bricks and a corrugated iron roof. I asked if the church or the mission provided the funds for building the grocery store. In unison they responded by saying, “No, we built it ourselves.” Their pride and dignity was evident.

On a similar occasion, a group of church leaders asked for a grant from the mission for a project they wanted to do. I asked why they were asking the mission for the grant, and I was given an answer that resounds in my ears to this day. Their response was, “We always ask first, and we are usually given. So why not ask!” 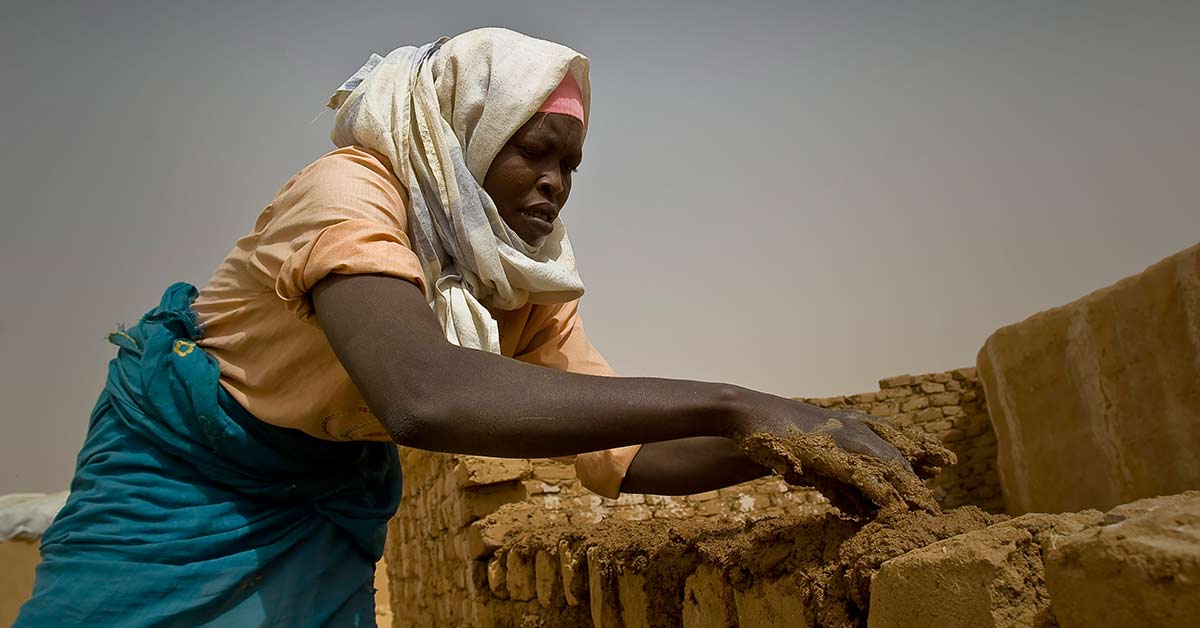 In the years following, I began to learn about places in the world where missionaries did not introduce outside funds for church buildings and pastors’ salaries. I also began to discover that even in places where people had been bogged down in unhealthy dependency, churches were able to break the syndrome and be delivered from their dependence on outsiders. This led me to conclude two things: 1) that unhealthy dependency can be avoided from the beginning and 2) it can be overcome where it has become entrenched. In other words, it is not a sickness from which churches must die. I soon found that the Spirit of God can awaken hearts and minds to the blessings and rewards of locating and mobilizing local resources to do His work.

Why is this so important? When new converts become dependent on outsiders for their own existence, they are using resources that should be used to further the gospel elsewhere. Outside funding should not continue for those who have already heard and believed. New converts are to be enlisted and recruited to join in the battle, instead of using resources which the evangelism team needs to move onward to claim the least reached territory for the Lord.

When we begin to grasp the importance of that distinction— recruits versus dependents— there will be a larger and more effective army carrying the banner for the Lord. And newly planted churches will not be a collection of dependents who slow it down.

As I reflect on my journey into issues of sustainability, I have been thinking about the needs of a suffering world. I have listened to recent reports of earthquakes and famines that cause refugees in many places. I am not unmindful of those who are suffering in these places. I have said often that Jesus commands us to help those in need. Our family responds to appeals for help in needy places because it is our Christian duty to do so. No one should conclude that what we say about self-reliance means that we do not have compassion for those in need. But at the same time, overcoming unhealthy dependency is one way to help churches see their privilege of becoming givers and not just receivers. May God help all of us to see how He would have us respond to those who are truly in need.

Thanks for helping me think through this issue.