The Harvest in the Middle East

All eyes are on the desert-lands. Pressure, pressure, pressure. It’s mounting, it’s rising. A quagmire of conflict has developed with nations rising against nations, and enemies rising against enemies of enemies. The lines seem to be blurred in the battle for this historic and sacred land. There’s been countless murders and rapes and entire cities have been pillaged all in the name of “God.” One of the primary targets that these extremist groups have in mind for extermination is Christians. In fact persecution and martyrdom among Christians in 2014 was the most unprecedented, historic statistics in the life-span of the Christian faith. According to Open Doors,

While the year 2014 will go down in history for having the highest level of global persecution of Christians in the modern era, current conditions suggest the worst is yet to come....This year, the threshold was higher for a country to make the list, indicating that worldwide levels of persecution have increased. 1

Thankfully there are great promises in Scripture for hours of disaster and crisis like we’re seeing today. 1 Peter 4:12-14 and Acts 8:1-8 reveal two obvious lessons. One is that we’re to expect persecution and are commanded to rejoice in the midst of it! 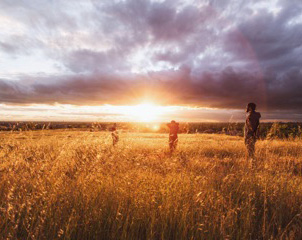 We rejoice because the Holy Spirit is upon us. The next is that crisis and persecution are sometimes the greatest factors that lead to the multiplication of the gospel. In the midst of death and tragedy, could this be the Church’s finest hour in the Middle East? Could there be hope rising in the midst of evil? Yes, in fact, and I’ve seen it with my own eyes.

Three years ago a friend and I began a journey to capture what God was doing in the 10/40 window on film. This is one of the most unreached regions of the earth where the giants of Hinduism, Buddhism and Islam linger. We decided to call the project Ekballo Project.

The Greek word “Ekballo means: to eject (literally or figuratively); bring forth, cast (forth, out), drive (out), expel, leave, pluck (pull, take, thrust) out, put forth (out), send away (forth, out).” 2 In Matthew 9:38, Jesus says “Ask the lord of the harvest, therefore, to send out workers into his harvest field.” (ESV) Ekballo is the Greek word translated as “send” in this verse.

The aim of the Ekballo Project is to awaken people to the love of God and the need for his name to be spread on this earth. Through film, media, and direct interaction, we desire to see a multitude thrust forth into the ripe harvest fields of the earth, proclaiming the good news of the gospel of Jesus Christ and living lives of surrender, fearlessness, and love. We desire to see God’s children living courageously—unconfined by the cages of societal norms, insecurity, fear, and lifeless religion; to see children of God from every corner of the earth sent into the unreached, unengaged regions of the world, compelled by the love of Christ and the gladness of saying “yes” to him. So we started in the Himalayas and produced three short films on the lives of three different missionaries. After completing these films and a subsequent tour, we began to feel the leading of the Lord to do a new series of films in the Middle East. It just so happens this was at the same time ISIS began to make headline news and rampage their way across the Middle East. The media enhanced the enemy’s deeds by furthering seeds of intimidation, fear and hatred. We know our battle isn’t against flesh and blood, but against the kingdom of darkness.3 We decided we were to go and tell a different story, a story of hope,  a story that the media wasn’t reporting, that Jesus was encountering hearts in some of the most evil places. So we did a scouting trip last October and met three incredible Jesus-centered communities of “workers” or missionaries in the land. Now, months later, we are here on assignment filming our Life In the Desert series and have seen and heard the most miraculous stories of what God is doing among Muslims.

In a small city on the border of Syria, a region ravaged by ISIS and other extremist factions, thousands of Syrians have fled and are now refugees. Many fill the camps, partaking of the rations and benefits the United Nations provides. But even there, stories of injustice, racism and violence prevail over some of the families. As a result many families have left the camp and moved to the outskirts of town where they’re living in extreme poverty, unable to work legally. Many walked for miles upon miles fleeing from the horrors of Aleppo and other Syrian cities, towns and villages.

They’re desperate, broken, hungry, angry and confused. So our “worker” friends go and visit these families and demonstrate the love of Jesus in a tangible way on every visit. One family in particular has the most shockingly incredible story. The father had a background in an extremist group and was known as an angry and violent man. The children were dysfunctional and in need of help. They arrived in this border town after fleeing from a bomb that blew up both their house and their car. In a moment everything they owned was literally in flames.

They fled, crossed the border, and began life again—at least to the best of their ability. Their youngest daughter was so impacted by the blast that she went permanently cross-eyed, deaf in her right ear, and whenever she saw the color red, whether it be a coke can or a red-sweater she would slip into a fit of rage, violently thrashing and biting anyone in her path. The hysterics were a result of her witnessing many killed in the war. What could cure such a terrible situation? No drug, no psychiatrist, only Jesus. And he did. 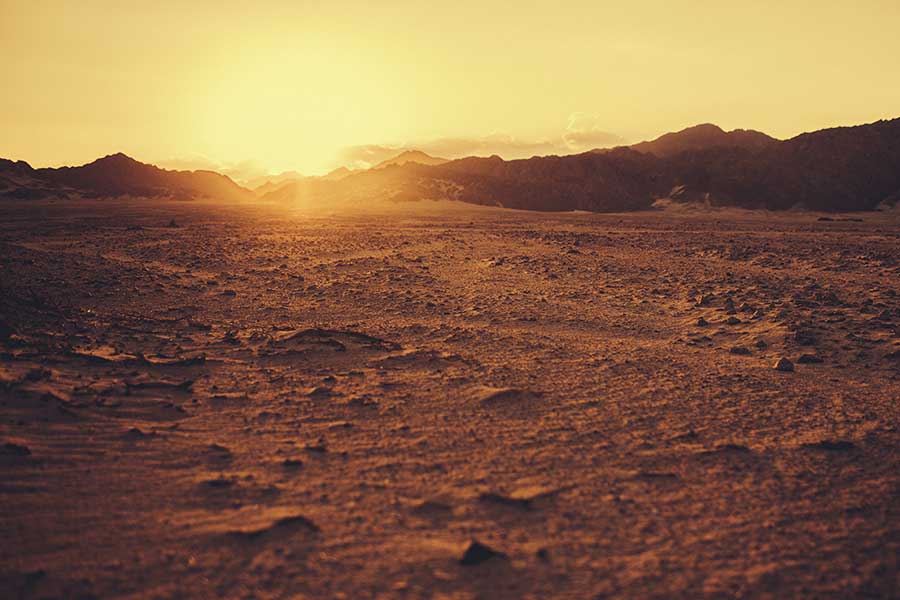 This devout Muslim family, the father, with his background in terrorism and acts of evil, was sitting one evening in their living room when suddenly Jesus appeared, bright light, shining, clothed in white. He told the family who he was and disappeared. Weeks later it happened again, this time with one of the older sisters, and he spoke with her. The family, together, decided to surrender everything to Jesus. The older sister was so moved by “her Beloved” (her name for Jesus) that she began using up all the family’s cell data by texting all of her Muslim relatives in Syria, Saudi Arabia, and Dubai and telling them about her new found faith in Jesus, and how they needed to follow him. The youngest daughter, after two years of visits from the “worker” team, has calmed considerably, wears red, laughs and sings.

The team here lives and believes the truth—that perfect love casts out fear.4 The father has become a prominent “underground” church planter, and has seen many families come to the Lord because of his testimony.

The family, together, decided to surrender everything to Jesus.

A man once filled with anger and violence is now a peaceful, joyful church-planter. Only Jesus! Sounds a bit like Saul, the “terrorist” of his day, who became the Apostle Paul. God is moving among Syrian refugees!

There’s an open window in time for the Syrian people— refugees scattered throughout the Middle East, North Africa and parts of Europe are soft and open to the gospel. Now is the time for their salvation.

This next story is one that occurred just days ago, so it’s rather fresh in my heart and mind. I was perusing the streets with one of my “worker” friends, when suddenly we saw a security guard outside a school with one shoe on and one shoe off. His right foot was terribly swollen and he told us he was in excruciating pain. So our “worker” friend asked him, “Sir could we pray for you?” The man groaned as he moved his foot towards us and said “YES PLEASE!” So we prayed in the name of Jesus, and then had him test it out by smacking his foot against the concrete. He proceeded, and the man’s eyes enlarged and he stared deep into mine and shouted in Arabic, “I SWEAR TO GOD, I SWEAR TO GOD, IT DOESN’T HURT! ALL THE PAIN, GONE! THANK YOU, THANK YOU, THANK YOU, THANK YOU!” We laughed and rejoiced with him and then my “worker” friend began to share with him about Jesus and the Bible. The man listened intently and was still in shock by the miracle that had just occurred. He began to yell across the street and to other security guards telling them that he had just been healed. An evangelist in his own right!

When the goodness of Jesus encounters you, you cannot help but tell everyone around you. John 12:32 says that,“when I(Jesus) am lifted up from the earth, I will draw all people to myself.” As Jesus is exalted in the Middle East, and reveals himself in these places, people are being drawn to him! Through signs, wonders, visitations, healing and simple acts of love from the church, a better report is being served here in the desertland. Pray for the Middle East with hope in your mind, faith in your prayers and joy in your heart. He’s here, moving, drawing all men to himself. There are so many young people here waiting to be loved, waiting to see Jesus through his Bride. Ask God what your part is in the story he’s writing in the Middle East. His answer might surprise you!

—To watch our first three films for free visit our website at ekballoproject.com, and follow our journey as we hope to release our Life In the Desert series near the end of 2015.

Wonderful article..of what Our God can do in the midst of seemingly hopless situations, thrrough folks dedicated to sharing God’s love. You do bring to my mind a scripture: Harvest is plentyful but laborer’s are few.
I pray for your peace , prosperity and well-being , blessings in Christ, George

Tyler Connell is a a long-term missionary with YWAM (Youth With a Mission). He is the producer and campaign director of the Ekballo Project, a multimedia mobilization campaign creating films with the express purpose of mobilizing young people to go to the unreached parts of the world.

ekballoproject.com, .(JavaScript must be enabled to view this email address)