I am fully aware that readers of Mission Frontiers will think it is strange that a non-medical missionary like I am will dare to say anything about Ebola and AIDS in relation to mobilizing local resources.  But I am looking for a sustainable practice to help stem the tide.  Frantic searches are underway for a vaccine or other chemical responses for illnesses such as Ebola.  However, like AIDS and other sexually transmitted diseases, the most important factor is prevention.  In fact, without behavior change, if a vaccine were found today diseases such as these will continue.  To emphasize what I mean, when the Ebola outbreaks in the past were curtailed, it was when behavior changed.  There was no alternative at that time and still none is available at the present time, although there are encouraging signs on the horizon.

What I said about Ebola and AIDS is true of various other illnesses such as gonorrhea and syphilis.  Treatments for some of these have been available for many years, and yet they are still prevalent in many parts of the world.  The reason for the persistent recurrence is that behavior has not changed sufficiently to prevent the transmission of such communicable diseases.

Another way to think of this is that Ebola, AIDS, syphilis and gonorrhea are sometimes considered to be “social diseases.”  And the treatment for social diseases requires a change of behavior.  It is commonly known in medical circles that the way to prevent the spread of sexually transmitted disease is to maintain a closed sexual relationship with one’s spouse.  Break the law of fidelity in marriage, and one risks being another casualty of a sexually transmitted disease.  Maintaining fidelity works in polygamous societies that ensure closed sexual relationships.  If the rules are broken, disease enters the relationship, and soon all sexually active partners risk getting the disease.

Admittedly, Ebola is much more dangerous because simply touching an infected person (such as preparing for burial) is very dangerous.  In that case, a closed sexual relationship is not enough.  Strict sanitary rules must be applied or the disease continues to be transmitted.

Considering what I have said above, what will be the cost of eradicating diseases such as these?  For example, it could cost millions–perhaps billions–of dollars to find an effective medicine for Ebola.  While the world is waiting for the right vaccine, can anything be done that is not so frightfully expensive?  Is it not that the message of fidelity and sanitation are the most effective ways to prevent the spread of diseases such as Ebola and others mentioned above?  Heroic efforts to find the cure should go on, and we should all pray that a vaccine will be found.  But in terms of cost, teaching fidelity and sanitation is far less costly.

Ministries of health and medical schools can produce books and present lectures on how to curtail the spread of these social diseases.  But even such things cost money to operate the schools and to publish the books. 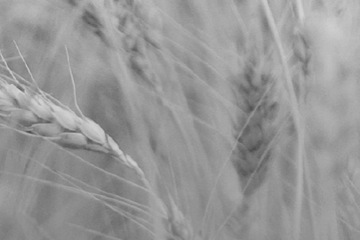 And remember, those books will be of limited value in societies where few people are able to read.  The better contribution would be for the books to help medical workers teach fidelity and sanitation because without the change of behavior, the teaching would be of limited effect.

So, if there is a less costly way to get the message to the potential victims then what would it be?  I am suggesting that the church is a natural place to emphasize fidelity and sanitation.  No new buildings would be needed.  No expensive programs of immunization would be required.  In short, the greatest challenge would be to find and mobilize qualified medical people and social workers who will address the issues in churches, schools and social clubs or wherever one can find a place to speak about moral issues.  Lives depend on hearing the message and changing behavior!

Think of the church as a voluntary organization that in most places has regular gatherers to hear sermons about morality and other aspects of living.  I am quick to add, that meetings to address fidelity and sanitation should not take the place of preaching the gospel of salvation, but special meetings can be called to learn about how infidelity and lack of sanitation can decimate a society.

To some people, addressing this issue in church circles will raise a red flag.  But, I have tried to imagine what it would be like to be living in a small town or village somewhere in Pennsylvania (where I live) which is threatened by a widespread epidemic of a sexually transmitted disease.  What if my hometown had a high percentage of the population suffering from Ebola, AIDS, gonorrhea or syphilis, some having more than one of these diseases?  Would the church say, “That has nothing to do with us?  Would the church just continue to bury the dead without calling attention to the infidelity and lack of sanitation that are causing so many deaths?  Unless something changes, the church will simply need to prepare for more and more funerals.

This is not meant to be a simplistic solution to the prevalence of very deadly diseases, but it is meant to be encouragement for the church to pick up the challenge and speak to issues of fidelity and sanitation faced by those who are in danger.  The message would be, “Be faithful to your spouse and do not ignore the importance of sanitation if you are serious about stemming the tide of such diseases as gonorrhea, syphilis, AIDS and now Ebola.”  And what does this have to do with local sustainability?  It is something that can be done with little or no outside funding.  Mothers and fathers, medical practitioners and school teachers, as well as others in society can help to stem the tide by becoming learners and trainers regarding fidelity and sanitation.

And that would be mobilizing a local resource!