Equipping International Students to Share Biblical Truth Around the Globe

As her family gathers on Saturday morning in China, Lihua shares with them the Bible story she has just discussed at International Friendships’ Friday night Discovery Bible Study in the United States.  The first thing she does when she returns home is call them, and they are eager to hear the story.  Lihua is practicing Discovery Bible Study’s principle of reproduction and multiplication by sharing the stories that she learns with someone else.  Lihua’s family is open and interested in the Bible and are the most natural people to whom she can pass the story.  As an international student studying in Columbus, Ohio, she is one of the 1.1 million international students from almost every nation under heaven who are part of a network of relationships, not only in the cities where they study, but also in the nations of this world.  Lihua has recently become a follower of Jesus through the Bible discussion group of which she is a part.

Lihua’s friend Yoa first invited her to the Bible discussion group. Yao was introduced to our ministry as a result of a former international student who returned to China with his wife.  During his time in the United States, he grew in his faith and gained a vision to return to China to share the gospel.  His wife leads classes in China for students who are preparing to go abroad to study, and when she learned that Yao was coming to Columbus, Ohio, she contacted me.  Because of this contact, I was able to meet Yao upon her arrival in Columbus.  She immediately joined the Discovery Bible Study group.  Although she came with no religious background, Yao was open to learning.  Because she enjoyed the stories that she was learning, she invited her friend Rachel also to join the group. 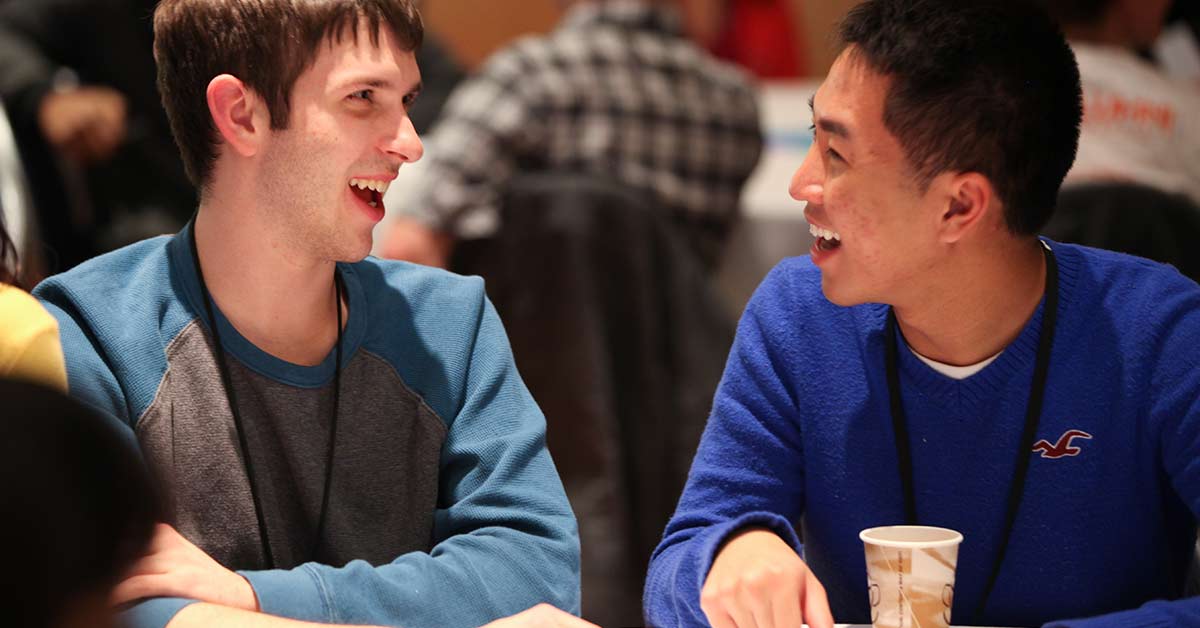 Another student, Chen, has also become a believer through the group.  Each week, God’s Word speaks to him as we look at questions about the stories and how this effects the way that we think about God and live our lives.  He is passing on what he has learned to his girlfriend in Pittsburgh.  His girlfriend is thankful for the changes that she sees in Chen’s life as a result of his application of the Word of God.  As a result she, too, wants to know about Jesus.

These stories illustrate how quickly the gospel can spread among international students’ natural family and other relationships.  These relational networks extend to other international students studying in the United States and to family members and friends who are back in their country of origin.  Not only are students learning to pass on the Bible stories that they are learning, but they are also learning that discussing the Bible is less daunting than they thought before they began.  They are learning a reproducible method that they can envision themselves practicing.  In fact, students are given the opportunity to facilitate the discussion so that they can see that they are also able to discover the truth in the passage, and that they can help others to do the same.  They use the same set of questions on a weekly basis so that, after several weeks, students become very familiar with these questions.

The Discovery Bible Study begins with a time of sharing where internationals share what they are thankful for or what difficulties they have experienced during the week.  This provides a great opportunity for sharing joys and sorrows with one another.  This sharing also becomes the basis for what they reflect back to God in prayer.  In addition, students share how they applied what they learned from last week’s study.  While not everyone shares, those who are actively seeking God and are experiencing Him through the Word share stories that illustrate the power of His Word.

As we read and review the passages together, students learn the story well enough so that they can easily repeat it to others.  Then, as we focus on the main point of the story and learn to focus on obedience-based discipleship, the Word of God becomes alive.  It is no longer merely a set of principles or philosophy that seekers are learning, but they understand that God is personal and truth is something for everyone.  Through this method, international students not only quickly grow in Christ and pass along what they are learning, but they also quickly move into roles where they can facilitate similar groups.  There is no longer the “expert mentality” in place, which is quite common in cultures that are knowledge-based. This is one of the biggest hindrances to leading a classic Bible study where one teacher prepares and shares a lesson.  Once this barrier is removed, the pressure is reduced and allows for a person who is younger in their faith to immediately serve and share and be able to facilitate other groups.

Two of the students in our international discovery group have already launched a Discovery Bible Study group with a group of Chinese scholars.  Although these facilitators are younger than the scholars in their group, they are accepted because they are learning together.  If they were operating from the “expert” model, it would be difficult to gain the respect necessary to facilitate a discussion about the Bible.

International student ministry has the potential to multiply disciples among many peoples of the world as international students scatter upon return (or move elsewhere).  Because they know the language, are culturally adaptive, and already have a built-in series of relationships, they can be some of the most effective catalysts in seeing the gospel spread among the nations.  In addition, because of their academic training, many will be in positions of influence where they can impact the course of their nations’ histories. 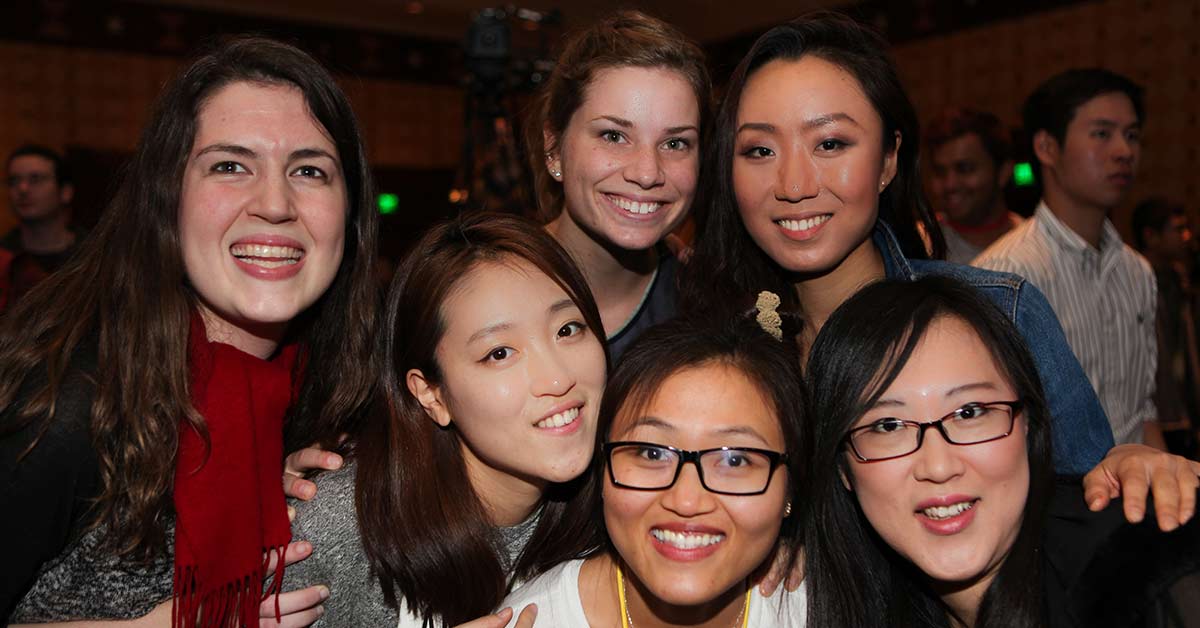 These are just a few of the stories that illustrate the potential of establishing Church-Planting Movements through returning internationals. Current stories are being written in New Delhi, Shanghai, and Tokyo through internationals who have returned and are leading Discovery Bible Studies among their people.  They teach in universities where they are professors, in the business world where they are working and in research facilities where they are employed.

In order for the potential of impacting nations through returning internationals to be realized, we need to move away from the teacher-centered approaches that have been a staple of international student Bible studies for many years.  Studies that emphasize that internationals correctly understanding the Word of God and the person of Christ can be helpful in evangelism, but are not effective in raising up internationals who are confident and capable of engaging others in the Word of God.

The strength of Discovery Bible Study is that internationals learn together with others, confident that God’s Spirit is available to all who actively seek truth.  They discover that God speaks to them in a clear way when they repent and follow Him.  By sharing what they are learning with one another, they become accountable for putting it into practice.  The discipleship process does not wait until internationals become fully devoted followers of Christ but begins as soon as they begin to respond to God’s Word.  In addition, they learn that simple obedience is more important than a lot of knowledge about who God is.  As international students practice here what they will do in their home countries and are given opportunities to facilitate the Bible discovery process, they are more likely to be fruitful and multiply when they return home.

Rich Mendola has been working among international students for the past 36 years. He is currently the Executive Director of International Friendships, Inc. (IFI) based in Columbus, OH. He regularly shares the vision of impacting the nations through serving internationals and partnering with them at conferences and churches. He is the author of the “I AM” bible study series.

Email: .(JavaScript must be enabled to view this email address)
Website: http://www.ifipartners.org