Editorial Note: Over the last few years David Platt has become one of the most effective spokesmen on behalf of reaching the unreached peoples. His best selling books, Radical and Radical Together have both eloquently made the case for reaching the unreached. We have featured these books and his work numerous times in MF.  We congratulate David on his new role and look forward to the contributions he will make toward mobilizing Southern Baptists and the global church to reach the unreached.

David Platt was elected president of the Southern Baptist International Mission Board August 27th by board trustees meeting in Rockville, VA.

In an interview, Platt said God had done a unique work in his life over the past 12 to 18 months. “This is not something I saw coming,” he said. “The only way I can describe it is that He’s been instilling in me a deeper, narrowing, Romans 15 kind of ambition, where [the Apostle] Paul said, ‘I want to see Christ preached where He has not been named.’ … He has given me a deeper desire to spend more of my time and energy and resources in the short life He has given me to seeing Christ preached where He’s not been named. The concept of unreached peoples—of nearly 2 billion people who have never heard the Gospel—is just totally intolerable.”

During a February 2014 trip to Nepal, Platt recounted, his team trekked for five days before they encountered a single follower of Christ. “It just gripped me in a deeper way,” Platt said. “I came back with a desire to say, ‘How can my life more intentionally be used to get the Gospel to unreached peoples? Maybe I need to move overseas.’ Then the [trustee] search team contacted me and said, ‘Would you be willing to consider 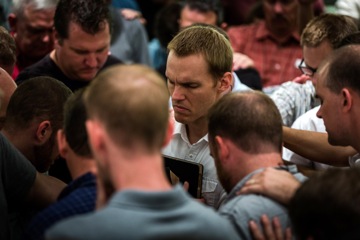 “The Lord has made it so clear, clearer than just about anything else I’ve ever done in my life.

For IMB missionaries overseas, he had a simple message:

I just [want] to say to you, more than anything, that the vision of the IMB remains the same: a multitude from every language, people, tribe and nation knowing and worshipping our Lord Jesus Christ.... If you don’t hear anything else, please hear me say that all I want to do is lock arms with you, with what you’re doing on the frontlines, with what’s going on back here in mobilizing churches, to go after that vision. I love you, I’m praying for you, and I’m honored to serve alongside you in what is the greatest mission on this earth.

As he looks ahead, Platt offers his perspective on a variety of mission-related topics, including:

Some younger evangelicals have questioned the ongoing relevance of traditional Christian institutions, including missionary-sending agencies beyond the local church. Platt, in contrast, sees great value in institutions—if they help nurture Spirit-led movements.

“There is so much value in institutions sustaining movements,” he said.

“That’s the beauty in what God has created, even in the Southern Baptist Convention on a large scale —40,000-plus churches working together, and the IMB keeping that coalition focused on reaching unreached peoples with the Gospel. The key is [building] strategies and structures and systems that help fuel a movement, that don’t inhibit the movement or cause churches to abdicate their responsibility in mission. ... How can I, from a leadership position, make sure there are systems and structures in place that are helping fuel that groundswell of disciples being made, churches being planted and missionaries being sent, all to the end that the mission is being accomplished?”

THE BIBLE—A SOURCE OF MISSION STRATEGY

During the conversation, Platt also emphasized the necessity of looking to the Word of God— not only for guidance and power, but also for mission strategies.

“God’s Word doesn’t just tell us the content of mission; God’s Word informs in very practical ways the strategy for mission,” he said. “How can we most effectively multiply churches and make disciples? This is what we see in the Book of Acts: local churches sending out missionaries who are making disciples that form into churches that are then multiplying churches. That’s what we’re after. Let’s put everything on the table — no question out of bounds — and ask, ‘How can we most effectively mobilize churches who are making disciples and planting churches among unreached peoples?’”

The New Testament pattern of missions offers many approaches to missions that still work, Platt observed, including:

BOTTOM-UP, NOT TOP DOWN

“There’s a fundamental paradigm that we want to operate out of that sees mission and the role of the IMB not from a top-down, but as a bottom-up perspective,” he stressed. “The temptation is to view a denominational entity as the agent for mission: ‘We [IMB] send missionaries, and we do strategy, and we support missionaries. So churches, we need you to send us people and money, and we’ll carry out mission for you’ — as opposed to flipping that and saying it’s actually the local church that is the agent that God has promised to use for accomplishing the Great Commission.

“We want to send people who are making disciples together here overseas to make disciples there,” Platt said. “Again, this is a picture we see in Scripture: Jesus was always sending people out in twos, at least. Paul and Barnabas went out together. You don’t see people going out, with rare exceptions, alone in mission. How [can we adapt] what we’re doing here somewhere else strategically in the world, for the spread of the Gospel there?

“I think about some missionaries from our church who were appointed [Aug. 27]. They’re going to join an IMB team overseas that’s comprised of brothers and sisters they were with in a small group here. They were making disciples in Birmingham, Alabama, and now they’ll be serving together for the spread of the Gospel in the Middle East.”

Not everyone is a church planter in the mold of the Apostle Paul, Platt acknowledged. Paul himself relied on a wide network of Christ followers in the cities and regions where he preached and made disciples. The same is true today.

“I remember the time a guy came to me and said, ‘Hey, I’m an engineer. My wife’s a teacher, and we just figured out we could get a job doing engineering and teaching in (a part of East Asia) where there’s not a lot of Gospel presence. Can we just go there? We don’t know if we count as missionaries or not. We could actually be self-sustaining there.’ I said, ‘Yeah, you count. You will be crossing cultures for the spread of the Gospel. You’re moving to be a part of making disciples there.’

“When people begin to get that kind of vision for the gifts and skills and education God has given us here, it may not just be for us to stay here, but we can use these gifts in strategic ways in parts of the world that 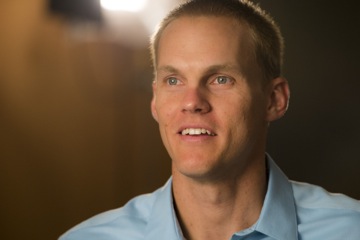 are unreached with the Gospel,” Platt said. “If we can connect that couple with what God is doing through church planters who work specifically with the IMB and come alongside them, that’s just a win-win.

“When we begin to think like that, we can blow the lid off the number of people who can go overseas.”

THE RISING COST OF FOLLOWING JESUS

The rise of militant secularism—and increasing efforts to make the practice of biblical faith socially and legally unacceptable—are slowly raising the cost of discipleship in America.

“In one sense, I’m thankful for the trends in our culture, and even in the church, that are causing us to ask, ‘OK, do we really believe the Bible?’” said Platt.

“Do we really believe this Gospel that we claim to believe?” he asked. “Because more and more, cultural Christianity is just kind of fading to the background. People are realizing if you actually believe in the Gospel then that’s not as accepted as it once was. It’s actually looked down upon as narrow-minded, arrogant, bigoted and offensive. Obviously, we want to be humble in our embracing of the Gospel but it’s becoming more costly in our culture in a way that’s good—in the sense that this better prepares us [for] what we’re going to be a part of around the world.”

Platt acknowledged that Christians now face such questions as: Do we believe in the Gospel of Jesus Christ enough to lose friends, social status, a scholarship or a job over it? Do we believe it enough to suffer for it?

Despite the higher cost to live and declare the Gospel in America, Platt stated: “We’re not going to shrink back in light of the resistance that’s there.” Instead: “We’re going to step up, rise up and say we want to see His glory proclaimed no matter what it costs us, because we believe He is our reward.”

Amid America’s longstanding religious liberty coupled with the prosperity of the richest economy in human history, Platt noted: “We need to realize the clear New Testament teaching that it is costly to follow Christ, that the more your life is identified with Christ, the harder it will get for you in this world.”

He continued: “We need our eyes opened to that reality. I think we’ve been almost seduced by the spirit of cultural Christianity that says, ‘Oh, come to Christ and you can keep your life as you know it.’ No, you come to Christ and you lose your life as you know it. The more you’re active in sharing the Gospel, the more unpopular you’ll be in many ways, the more resistance you’ll face. ...

“[But] it helps you realize this is what our brothers and sisters around the world are facing in different places. If we’re going to join with them in spreading the Gospel, then we need to be ready to embrace that ‘everyone who wants to live a godly life in Christ Jesus will be persecuted,’” Platt said, quoting the apostle Paul’s words in 1 Timothy 3:12.

With most unreached people living in places where religions, cultures, governments and extremists oppose—sometimes violently—the transmission of the Gospel and the making of disciples, Platt said he realizes: “Making disciples of all nations will not be easy, and the more we give ourselves to reaching unreached peoples with the Gospel, the harder it will get
for us.

“But the beauty is the more we identify with Christ [in America], the more we’ll be ready to identify with the sufferings of Christ [overseas] as we go. And we’ll realize, whether here or there, the more we give ourselves to this mission, [the more we’ll] believe in the depth of our heart that He is our reward and that the reward of seeing people come to Christ is worth it. This is just basic theology of suffering in mission. How has God chosen to show His love most clearly to the world? Through the suffering of His Son, a suffering Savior.

“So how is God going to show His love most to the world today? Through suffering saints, through brothers and sisters who identify with the suffering Savior.”

am ready to serve as Jesus said Go and make disciples of all nations,if you call me i will com.

Erich Bridges is IMB global correspondent. This article is adapted from a series of articles and interviews conducted by Erich Bridges with David Platt for IMB media and Baptist Press. You may receive Baptist Press headlines and breaking news on Twitter (@BaptistPress), Facebook (Facebook.com/BaptistPress) and in your email  (baptistpress.com/SubscribeBP.asp).