A Conversation With David Platt

Editorial Note: The following is a trascript of an interview with David Platt and Mission Frontiers staff. You can watch the full video here.

MF: Many publishers will not even consider publishing a “missions book” because they think missions books don’t sell. Then along comes Radical… what do you think is going on?

I remember sending out manuscripts of this book to different publishers, and not many people were interested in it. But what was really helpful even in the process of writing this book was somebody saying to me “Ok, David, not many people walk into a bookstore and ask how my life can impact the nations for the glory of Christ.” So the way we tried to reformat this book when I was writing it was to say, “When we really focus on Jesus and take our eyes off the American dream (and I don’t want to be negative about everything in the American dream, but so many things in our culture are antithetical to the gospel), then missions is the natural overflow.” I try to make it kind of a “back door” into missions, not like a “hook and bait”, but to say “When we get serious about following Jesus, the natural result is going to be making disciples of all nations, and being serious about his mission.”

MF: The sequel to Radical was Radical Together, which was written from a pastor’s perspective. Can you tell us a little of what it has been like to take your church through this process?

This whole journey was just a personal conviction in my whole life and my family, and then walking through that with the church. The Word does the work. As we really looked at texts about Jesus in the Gospels, calling people to a radical death and life in him, and as we got serious about those, it was so wonderful to see different people in the church begin to respond in different ways to that. There’s no question, there’s been some people who have left the church in the process, and I regret anything that I have done pastorally that was not most helpful or sensitive in that process. My responsibility before the Lord as a shepherd is to lead and guide people in a process like that. I have a tendency to push with urgency, and I need to be really careful not to be impatient in that process. So I’m learning a lot as a pastor.

MF: If you could sit down with a pastor and give some personal advice on how to begin this journey with a congregation, what would you say? 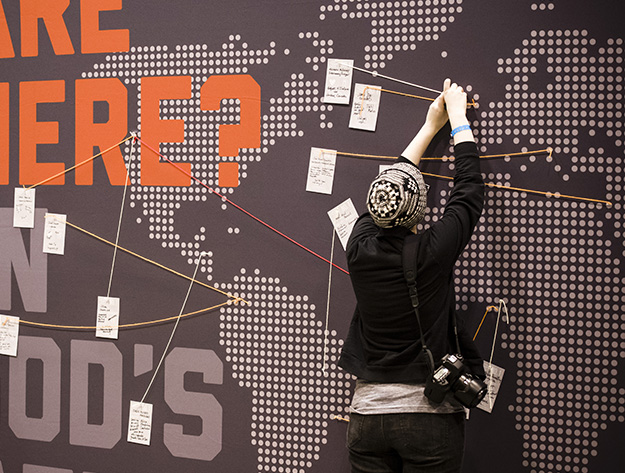 I would say number one, let the Word do the work. Make sure the Word’s the foundation. My favorite quote to hear from church members is, “Pastor, we think you’re crazy for saying this, but Jesus said it, so we’re going to do it.” I’m pointing to a greater authority. If someone’s turning their life around because of something I’ve said, they’ve missed the point. When they turn their life around because of something Jesus has said, now that’s the point. I love seeing the Word take root in different people’s hearts and begin to grow in different ways. We’ve seen people sell everything they have and move overseas. We’ve seen people sell everything they have in the suburbs and move into an inner-city environment, where they’re living out the gospel in a much more dangerous context. And we’ve seen people keep their homes right there in that suburban environment and live with a totally different perspective and focus and mission. So I’d say to a pastor, let the Word do the work; make sure to focus on His authority, not your own. And be intentional. I think about it as in an air-war and a ground-war. So, air-war—preaching every Sunday. I want to trumpet God’s passion for his glory among all nations, on a continual basis, showing this in the Word, showing what it means to follow Christ. At the same time, on the ground, I want to be living this out in my own life, in my own family. I want to be living a life where there’s imitation in these kinds of things. I want to be leading other people on a one-on-one, small group basis—to be doing this in an intentional, disciple-making way, showing people how to follow Christ. So I would encourage any pastor to make sure not to do one without the other.

MF: What do you think Jesus would say to
us if he showed up in one of our churches on Sunday? How might he speak into our
American Christianity?

The things we most need to hear, first and foremost, is his love for us and his desire and ability to satisfy us more than money, and bigger, better possessions, and so many pursuits that we’re running after. Jesus is saying to us, “I’m better than all of these things put together, so don’t spend your life running after all these things.” When Jesus is more satisfying, even the call to sacrifice is really not a call to sacrifice in the end. It’s a call to be smart when you have treasure in Christ that is more valuable than everything else in the world put together. You go out and leave behind the things of this life to grab on to Christ. I think that’s the picture. That’s where I want to focus in my preaching and writing; I want to show Christ as supremely satisfying, and supremely joy- and life-giving. And in that, see people let go of the pleasures and pursuits and possessions of this world, and abandon themselves to him, and to realize that giving your life to him, even losing your life in this mission, is far better than wasting our lives on the stuff of this world. 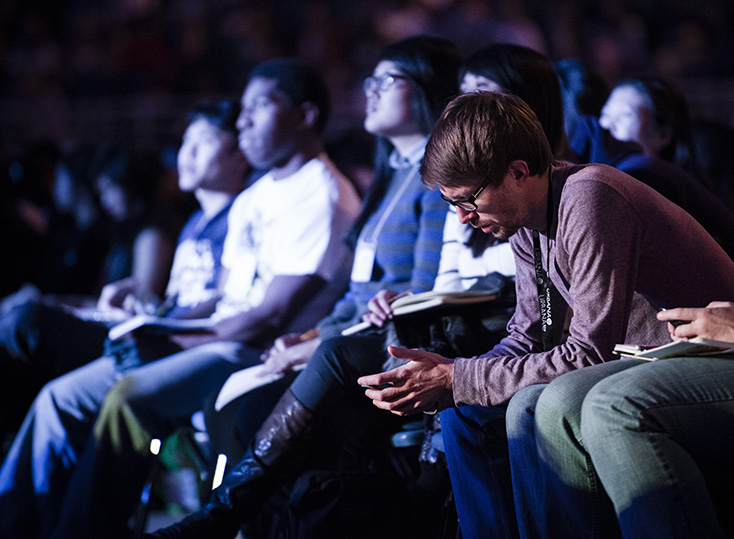 MF: You describe Matthew 24:14 as being the “memory verse of hell.” Tell us a little about what
this verse means to you.

I think this is an incredible promise that Jesus has given us: This gospel of the kingdom will be preached in all the world as a testimony to every nation and then the end will come. Now there’s a lot of debate about what exactly that verse means in the context of Matthew 24 and 25. But I think the promise is clear when you put it together with the Great Commission, and the end of the story in Revelation 5:9 and 7:9. The reality is that one day every nation, tribe, people and language will be represented around the throne. There is a divine sovereign plan to make known this gospel among the nations, and Jesus is coming back one day to receive the full reward of his sufferings. So I want to give my life and shepherd the church God has entrusted me to lead, to give ourselves to seeing every single nation reached with the gospel, knowing that there is a day when Jesus is coming back to receive the reward that he is due. There is going to be a day when the Great Commission will be completed, and I’d love to be a part of that generation, or to die trying to be a part of that generation.

MF: One of the emphases here at Urbana 2012 has been to show an integrated gospel. What are some of your thoughts on how to keep proclamation and demonstration in balance with each other?

We want to be a part of reaching unreached peoples, we want to go, we want to adopt unreached peoples, we want to send people to them. We want to be praying and giving toward that end, and not just unreached peoples, but peoples around the world who don’t know the gospel. But then also, along the way, if we’re going to be intentional about making disciples of all nations, we’re going to come into contact with a lot of people who are starving, who don’t have clean water, and who are in desperate poverty. It makes no sense to come with this good news and not care about the fact that they may not live through the next month. So it just is a natural overflow of proclaiming this good news and making disciples. And particularly, as disciples are made, this is what the church does. The church cares for one another, and loves one another. This is the whole picture in 2 Corinthians 8 and 9—the offering that is taken up among churches for the church in Jerusalem. This is where we, particularly in the Western context, where we have been given so much—have a responsibility to help care for our brothers and sisters around the world who are suffering physically. It certainly is not an either-or, it’s a both-and. Yes, proclamation of the gospel is central and primary, because this is what matters for eternity. And yes, that is accompanied by love in Jesus’ name that platforms the gospel and is the natural overflow of Christians who believe this gospel. 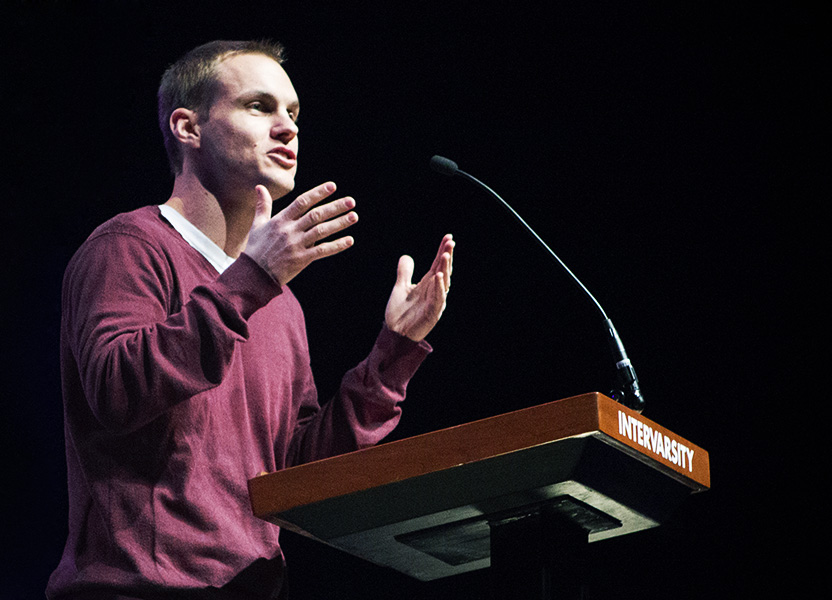 MF: What do you think is the role of the North American church today in mission?