In this issue of Mission Frontiers we continue a new series of articles, providing updates on least-reached People Clusters. Building on the work of Patrick Johnstone and Joshua Project, we estimate that more than 80% of the world’s unreached peoples are found in 117 least-reached People Clusters, with these 117 clusters grouped into 12 Affinity Blocs. The paradigm of Affinity Blocs and People Clusters is an attempt to build upon the strategic connections within and between peoples, not only in their homelands but also their diaspora populations.

In November 2012 the spotlight falls on the peoples of the Arab world, with emphasis this month on the Church’s response to the “Arab Spring.” In December 2012 the spotlight shifts to Jewish peoples, including an update on outreach to Jews in Latin America. MF readers can learn more about the Arab and Jewish Affinity Blocs at www.joshuaproject.net. 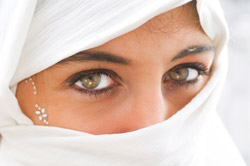 With emphasis on the Church’s response to the ‘Arab Spring’

The phenomenon that has been labeled the “Arab Spring” is known today through its diverse incarnations in Tunisia, Egypt, Libya, Yemen, Bahrain and Syria. It looks different in each country and is in each place at a different stage. But in each of these places the phenomenon should be viewed as ongoing, whether the emerging parties are at the stage of constitutional rewriting, elections or involved in ongoing warfare.

The label “Arab Spring” emerged early, clearly reflecting an optimistic interpretation of the movement as the beginning of something new. After more than 18 months, however, things don’t look as bright as it was initially thought they might be. In Syria, things look particularly bleak at this point, with both parties in the conflict now heavily armed, and with heavy casualties resulting from intense battles in Aleppo and Damascus as I write. Furthermore, the western media seem finally to be acknowledging that human rights abuses are being perpetrated by “opposition” groups, as well as by the Assad regime, as a recent BBC report reveals.1

Interpretations of the “Arab Spring” by analysts and intellectuals can be rather polarized, but the conspiracy theory has been a favorite interpretive lens on either side. You have those, like Tariq Ramadan, who interpret the phenomenon as a well-planned conspiracy of the West, designed to create a new reality in the Middle East that would serve western agendas better. “From 2004,” Ramadan assures us, “activists and bloggers from Egypt, Tunisia, and elsewhere in North Africa received non-violent training, supported financially by the United States State Department.” And the alleged purpose of these trainings? “[T]he US and Europe were forced to review their strategies as they were facing aging dictatorial regimes that were turning eastwards as well as a growing influence of states like China, India, South Africa, Russia and Turkey in the region.” Ramadan makes all of these affirmations, all-the-while exhorting us not to be “…naïve or conspiratorial.” He sums up his position: “I totally oppose this idealistic appraisal of a movement that was born from nothing or young people who simply rose up.”2 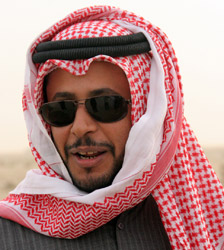 At the other end of the conspiracy spectrum is a position like that of Patrick Sookhdeo, who interprets the “Arab Spring” phenomenon as a conspiracy of the East, driven by an Islamist agenda, funded by Saudi money and further enabled by Qatar through its influential TV channel al-Jazeera. He sees behind the movement a sinister Islamist machination, driven by an apocalyptic eschatological agenda with detailed scenarios about the demise of Israel.3

Both men may be on to something. Certainly both Eastern and Western powers have been feverishly laboring at capturing the agenda of the Arab revolutions with various degrees of success. But should our predictions of the outcomes of an uprising drive our choice of allegiance? Can I, as a Christian, support a dictatorial regime, simply because I fear the negative consequences that might derive from an Islamist government on my Christian community? I would assert that the Church’s stance at such an important juncture should not derive from fear of a future that we cannot possibly know for sure. Conversely, our hope, as Christians, is in no way sustained by the winds of political change. Besides the fact that there is no cause to believe that the Church would be better off, say, in Syria, following an eventual fall of the current Syrian regime, we are not called, in any case, to be foretellers of the future. The Church does far better when it stays away from taking political sides and concerns itself instead with the humanitarian needs that emerge from political crises, regardless of the religious or political affiliation of those in need. We are called to do what’s right today, and leave the aftermath scenarios to God.

The trouble with a conspiracy-theory type of interpretation of political events is that it can lead us to the justification of violent repression. Hence, we might find ourselves at once denouncing massacres perpetrated in Syria, yet remaining silent on the violent repression of opposition voices in Bahrain, and vice versa, simply because the rebels in one location are more aligned with our own political positions than those in another location. Instead, the Church ought to adopt a moral stance that is driven by a concern for the protection and preservation of human life, whoever that life may belong to. We condemn violence wherever it is found and whoever is its author, and we applaud those who seek peace wherever they are found and whoever they are.

Secondly, while we cannot predict the outcome of a phenomenon like the “Arab Spring,” I believe we ought to value the opportunity to move beyond the era of oppressive dictatorships, whether these dictatorships sustained a status quo that suited us or not. Again, rather than being driven by fear, the Church’s stance needs to be values-driven, affirming and seizing the opportunity and possibility of increased freedom and human dignity. In doing so, however, we ought to avoid being driven by utopian expectations of an idealized future. Power will continue to corrupt those who attain it, and oppressed peoples will not suddenly emerge as mature, human-rights-affirming citizens. After decades of living under paternalistic regimes, the best we can expect is a good few decades of turbulent “adolescence.”

And thirdly, since we are not called to be fortune-tellers, it is true that we cannot justify the maintenance of an oppressive dictatorship out of fear of what might come after. But neither should we become intoxicated with the promise of sudden “democratic” change. This kind of change is unlikely to come suddenly and it should not, therefore, draw us into taking political sides in violent and bloody conflicts. The Church’s stance towards the “Arab Spring” phenomenon ought to be non-utilitarian.

This three-pronged, non-utilitarian positioning with respect to the “Arab Spring” is driven by a sense of humility in the face of tortuous and complex politics, and by a conviction, together with the Psalmist, that “no one on earth—from east or west, or even from the wilderness—can raise another person up. It is God alone who judges; he decides who will rise and who will fall.”4  And so, trusting the future into God’s hands, we can humbly apply ourselves to doing what’s right today, avoiding political partisanship as best we can, and laboring for the sustenance of human life.

With emphasis on Jews in Latin America

More than 80% of the world’s Jews live in Israel and the United States, yet more than 50 Jewish peoples can be found in other countries, including sizable Jewish populations in Argentina, Brazil and Mexico. As these photos illustrate, Jewish Voice Ministries International has made extensive use of festivals of Jewish music and dance for outreach in major cities in Latin America, finding good spiritual receptivity and prompting public decisions to follow Yeshua the Messiah.

To learn more about Jewish peoples and ministries to them, check out the following links (with thanks to Bill Bjoraker of Operation Ezekiel for his recommendations): 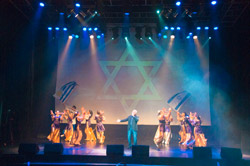