Southeast Asian peoples are found in 15 main clusters, but only four have established or significant church movements: the Cham, Miao/Hmong, Mon-Khmer, and smaller tribal groups. Two, the Lao and Vietnamese, have seen nominal progress and would still be considered in the formative stages. The remaining nine are “unreached” or “least reached,” with less than 2% evangelical believers among them.

Some may be surprised that the largest of the unreached Southeast Asian clusters is the Thai.1 Despite 185 years of Protestant missionary activity in Thailand, “only 0.3% of ethnic Thai, about 185,000 people, have become Protestants.” 2 Thailand is made up not only of distinct “Thai” people groups, but also many different tribal groups, based mainly in the north of the country. 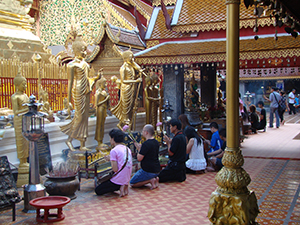 A recent research project reveals the composition of the church in Thailand: of the nearly 400,000 Protestant believers, 42% are from a tribal background rather than Thai.3 Furthermore, the majority of believers in Thailand are based in only three provinces out of 77.4 These provinces—Chiang Mai, Chiang Rai, and Mae Hong Son—contain some of the highest concentrations of tribal peoples and some of the highest concentrations of expatriate missionaries in Southeast Asia.

Yet now the church in Thailand has organized around a national plan called the “20/20 Vision,” with a preliminary objective (the “2015 Vision”) for 100,000 members of the national church to declare their intent to bring one million to Christ by 2015. The goal of the 20/20 Vision is to plant a church in every sub-district in Thailand that currently has none; the fulfillment of such a goal will make it much easier for Thai peoples to come to faith in Jesus.

Researcher Marten Visser found that a Thai living in a village with a church was nearly 100% more likely to come to faith in Jesus Christ. He goes on to conclude, “The Thai have not declined to become Christians because of active resistance but because it has not been a live option in their own social network.”6 The question that begs to be asked: “What kind of churches should be planted among the Thai where there are currently none?”

While Church-Planting Movements (CPM)—“simple churches”—are promoted in many other places as a viable way to engage and reach unreached peoples, this approach has only belatedly received study or adoption in Thailand. Some in Thailand have quickly dismissed CPM methodology because of its emphasis on church leaders who earn their living through bivocational or self-supporting projects rather than Sunday-morning offerings alone.

In addition, most of the previous strategies for the Thai prefer an “extraction” approach that tends to cut off new believers from their families and social webs. The norm is extraction from any and all things that have even the scent of Buddhism; this includes praying with palms together in “wai,” saying Satoo (the Pali word for “so be it”) instead of Amen, and attending community functions at the temple or during Thai national holidays. 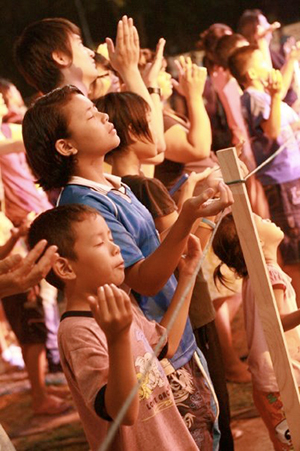 Extraction approaches minimize the power of Thai social identity and how social identity has been bound to Buddhist identity from the cradle to the grave. Yet the Thai are not strict, “religious” Buddhists. For most their faith is “high identity-low practice.” Most are not actively seeking nirvana or even seeking to keep the five basic moral precepts of the Buddha.

By contrast, many in Thai society are lamenting the decline in moral values among both the general population and religious leaders. This decline is reflected in Thailand’s high ranking for adultery7, whiskey consumption8, methamphetamine abuse9, an infamous and thriving sex industry, human trafficking10 and many publicized religious scandals.11

In addition, most Thai are deeply enmeshed in various forms of “popular” devotion that is tied to Thai Buddhism, such as astrology, spirit devotion, spirit houses, monk veneration, fortune-telling, amulets, power tattoos, and merit-making schemes such as the wildly popular Dhammakaya movement. All the while, Theravada Buddhism struggles to stay relevant to modern culture.12

Some Thai believers are opening up to the need to use other means to reach their people rather than replicating Western or Korean models. They are opening up to CPM or “organic” approaches to planting “Christ-centered communities” where there are currently none. They are seeking ways to be self-supporting so that they can focus on empowering every new believer to be a witness of Jesus both in word and power. They are bravely looking at what it could mean for new believers to remain as witnesses within their own socio-religious environments. They are willing to “leave the 1% for the sake of the 99%” who still have little or no access to the gospel.

I believe that we will see a massive movement of Thai come to know Jesus as their Lord and Savior and live out dedicated and grace-filled obedience to Him within their own cultural context. Pray with me for the Thai to know and honor Jesus as their Liberator and King!

Thanks for this thought-provoking article.  It is my firm belief that to see an unprecedented movement to Jesus Christ by the Thai bloc peoples, there must first be an unprecedented movement of Christians (Thai and non-Thai) beseeching the Father on their behalf.  We must build awareness among non-Thai Christians as to the need for more workers (Luke 10:2) among the thousands of villages that are many miles from the nearest church.  Let’s pray to the Lord of the harvest to send more workers!

You are right on target Don.  Luke 10:2 and Matthew 9:38 should be prayers on the lips of every believer especially for unreached people groups!

Nice article John.  Being a missionary in Thailand, I see a lot of these same issues.  Let’s keep praying, like Don said.  Let’s keep sharing the gospel as well.

Yes Jeremy, this is sadly an obstacle to breakthrough among many unreached people groups in a nation.  We often say, “let the locals do the work,” not realizing the in many cases the local believers are not willing to leave their own culture and cross into another near culture.  Dr. Winter used to say that the most strategic work we could do overseas many times is mobilizing the indigenous church for cross cultural work.  This would mean that we would have to help work through the many prejudices, both spoke and unspoken, that keep certain groups sealed off from the Gospel.

This is great John! Focusing on The harvest is ready, we just need more workers. For the joy set before us, lets do whatever it takes for His Kingdom to come to the Buddhist world! Lets finish reuniting all the sons and daughters back to the Father!

Thanks John for a FANTASTIC article on the Mission realities in reaching the ethnic Thais. It’s on my heart to reach out to them [specific the Northern Thais - Tai Juan] in partnership with KINGdom resources worldwide to serve the Thai Church in contextual equipping ways to reach out to their own people effectively through multiplication church planting movements and missional ministries among their unreached communities. But it indeed will start with a mass PRAYER-MOBILIZATION worldwide for this people group. Nothing but Gods Global Glory will keep motivating us to see the Great Commission completed among the Thais. Keep up the good work you are doing John.

i am join this ministry

John Lambert (.(JavaScript must be enabled to view this email address)) is a strategist and trainer based at the U. S. Center for World Mission. He and his family have served among the Isan and Northern Thai. He has a heart to encourage and serve both established and emerging movements among the unreached people groups in Southeast Asia.