The Fuller School of World Mission (SWM) faculty was aware the work of their students would be helpful to others doing mission work. Because the students were all experienced field workers, their theses tended to have more practical applications.

Initially, McGavran and others connected with SWM used their influence to convince Eerdmans Publishing Company to publish some of the theses coming out of the SWM. A sampling of titles includes the following: 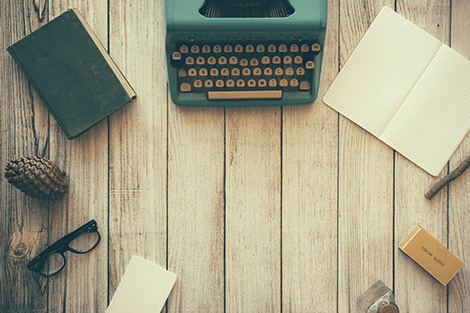 SWM faculty discussed the idea of publishing the work of the students and urged Winter to try to implement this, which he did with Roberta and their four daughters.[1] William Carey Library (WCL) was established in 1969. WCL produced and published the work of the students and faculty but they were not merely interested in publishing. They also worked with other publishers to produce books and get them into markets to which WCL did not have access. This activity also drew attention to what was being discussed and written at Fuller’s SWM. Later, WCL expanded their offerings and began distributing mission books from other publishers.[2]

Roberta was very involved in the day-to-day work of WCL, as was Marguerite Kraft. It helped that Winter had learned accounting and started 17 businesses in Guatemala. Later, in seeking a new student spouse to take Marguerite’s role, Assistant to the Dean, Glenn Schwartz wrote:

The William Carey Library, which is a publishing venture operating cooperatively with the School of World Mission, needs someone to take Marguerite Kraft’s place, who is going on the missions staff at Biola College. She [currently] processes orders, places orders for more books, answers problem correspondence, etc. Her job requires some typing, but, more than that, a great deal of ability to learn quickly. She works jointly with Mrs. Ralph Winter, and it is fun work, directly associated with missions and the school.[3]

Ralph Winter edited the 600-page book Theological Education by Extension (1969). He also wrote The Twenty Five Unbelievable Years (1970) and Warp and Woof (1970) during his time at the SWM. In addition, many church growth studies were produced and sold by WCL.[4]

Ralph Covell wrote an article describing mission book publishing from the mid-1960s to late 1973.[5]  He mentioned WCL as one of two institutions begun during the last decade and many books published by WCL were mentioned.[6]  Covell also mentioned the idea of “mini-publishing” as something that would likely increase. Mini-publishing includes the development of “demand publishing of books and the use of cassettes and other techniques to facilitate inter-communication among those interested in the world mission of the church.” (EMQ 10:1, Covell, 1974, 116) He refers to Winter’s article on the subject: “Minipublishing: New Hope for Strategic Dialogue.”

A few of the books Covell mentions include:

WCL was one way that Winter helped McGavran and the SWM get its message out: “But the most important contribution by Ralph Winter to the School of World Mission was the establishment of William Carey Library. …which handles low-volume publications at reasonable prices and quickly makes available the publication of research carried on at the School of World Mission.”[7]

[1] All of the family had a part in the business. At various times, this included book preparation to receiving books in the garage and shipping orders.

[2] At one point, WCL distributed mission books from almost 100 publishers.

[3] Letter from Glenn Schwartz to incoming students and their spouses, July 27, 1973.

[5] Covell was serving as an associate professor of missions at Conservative Baptist Theological Seminary (now, Denver Seminary) in Denver, Colorado.

[6] The other organization he mentioned which was established during the 10 years up to 1974 was the Mission Advanced Research and Communications Center.