Engaging Each New Generation in the Frontier Mission Movement

There is a generation of North Americans who have not yet been discipled as global hearted/minded Christians. They do not understand the narratives related to the mission of God, the biblical mandate for cross-cultural missions, the end vision of God’s glory among all peoples or nations, or their unique part in the plan of God for their generation. Many local churches have abandoned their global missions giving in favor of more of a focus at home; something Pastor Rick Warren recently referred to as “localism.”

At a gathering of over 2,000 church leaders, Warren called pastors to repent of localism and gain a “bi-focal vision,” one that maintains both a strong local and global ministry focus. When he asked rhetorically, “When should I have a global vision?” Warren answered, “Before you plant the church!” He called pastors to join him in adopting the final 3,000 plus unreached/unengaged people groups, those whom he said have “no Bible, no believers, and no body of Christ.” It is unfortunate that we don’t hear more pastors saying the same thing.

The number of cross-cultural missionaries on the field has been decreasing. Older missionaries are aging out and the needed replacements are not coming to fill their spots or to stand on their foundations to venture to regions beyond. Though there has been a rise in cross-cultural sending from the Global South to unreached people groups, there are many who are going out and making many of the same mistakes of their Global North predecessors. There is still so much opportunity for North Americans and other nations to send workers cross culturally to any one of the over 7,000 unreached people groups, those living with little to no access to the gospel.

With the advent of new technology and communication, emerging generations are receiving information in different forms than the previous generations. There is a critical gap that has formed between those who have the knowledge and experience and those who have not been exposed to it. Those leading frontier focused mission agencies have a lot of catching up to do. Even as a Gen Xer, I was not born into a native digital culture. Email was just becoming a thing when I was graduating high school in 1994, the same year Yahoo was founded! I had to catch up, too.

Even though the U.S. Center for World Mission has been a leader in missions publishing over the past four decades, it too has had to do a lot of catching up in regards to new media and technology. Our own 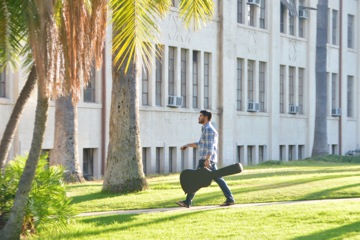 If leadership is influence, as John Maxwell says, then how are we doing at influencing in the places where the emerging generations are receiving their information? It’s past time to retool existing channels of communication as well as develop new ones that connect with, mobilize, and equip a whole new generation into the mission of God, and specifically towards the last remaining frontiers of that mission.

We Gen Xers, those in the middle between the Boomers and the Millennials, have been largely absent from the world of longer-term career missions. Gen Xers have been sunk by college debts, pornography, addictions, and offenses caused by continual church leadership scandals.  Therefore very few who have made it through and risen into the places of frontier mission leadership.

However some Gen Xers such as David Platt of the IMB and Dave Datema of Frontier Ventures are just beginning to take the reins of large frontier mission focused legacies once led by the Builder and Boomer generations. What are other organizations doing to recognize their own emerging leaders? Do they have succession plans in place? Are they working to create some space for new rising leaders to emerge and take their place in leadership? Some are, but they may have swung the pendulum too far and gone all the way to putting all of their focus on the Millennials while overlooking the rising Gen Xers in their midst.

It is critical for the mission movement to work to bridge this large gap between their boomer veterans and these zealous but inexperienced young people. From my vantage point, most North American Millennial followers of Jesus are emerging with a zeal for justice, but very little awareness of the remaining task of world evangelization.

The Gen X mission leaders are the bridges. Though they are fewer in number within the mission enterprise, they are standing in the critical gap between the previous generation and the emerging one. Many are the organizational interpreters and contextualizers between the two groups. If they have paid their dues and are ready to take their leadership to the next level, who is actively making a way for them?

On a final note, as a Gen-Xer myself, I believe that both the themes of justice and the remaining task of world evangelization can and should co-exist. We need to tap into what I believe is a God-given impulse and cry for justice in the Millennial generation. The greatest injustice on earth is the fact that someone could live and die without as much as a taste of the gospel, when there are millions in the Earth who feast on the grace and goodness of God every day. Yet, God has blessed us…not for ourselves, but in order to be a blessing to all nations (ethne).

Now that is a message to which all generations need to respond!