You hear about this thing called orality from every corner of the planet. In India, leaders teach 100 key stories of the Bible to be able to recite to others as they spread the good news, and those leaders teach hundreds who teach thousands the same stories. A Bible school in Sudan adopted new training modules teaching Bible narratives that create a new expectation for discipleship. Whole churches in Mexico and the U.S. come alive teaching their members not just to learn about the Word, but to learn and live the stories to share with others.

For many today the term orality is equated with Bible storying, but orality is rather a framework for what makes Bible storying and other such methods effective.1 It is a fundamental principle of creation design reflecting our dependence on the spoken word for communicating with God and one another. In one sense it’s simple: before writing we spoke. God spoke things into existence. Adam verbally named the animals. God simply hardwired humanity for oral ways and means of communication, but things get more complicated when we begin asking, “why does 80% of the world not hear or understand our message when we communicate through literate ways and means?”2

Applying orality means building any program, message, or strategy with a framework that fits oral tradition cultures and oral preference learners.3 I live in Lexington, Kentucky and the fencing we put around our horse farms is generally made of five oak planks built high enough to keep the horses in while at the same time keeping them from injury. Cattle farmers in my home state of Indiana also needed fencing to contain their cows. It had similar posts dug in the ground, but instead of planks, the sides were barbed wire. You would never use barbed wire with thoroughbreds. The framework principle is at work with both wood and wire fences that fit their context.

The framework for our communication strategies must take on everything you think of when “oral” comes to mind: cultural traditions, language, the commonly used words, how a message travels through social networks, the types of art people use to express themselves (music, dance, proverbs, story, etc.), how people best store information for recall, and even what channels of communication function best. Every message, lesson, curriculum program and strategy will succeed partly to the degree it takes this framework into account.

Jesus clarifies this further: “For I did not speak of my own accord, but the Father who sent me commanded me what to say and how to say it.” (John 12:49 NIV) We can do no better than that. He taught us “what to say.” The biblical record contains that content. He modeled for us “how to say it” with His use of stories, word pictures, symbols, proverbs, parables, and rituals. Perceptive missionaries and aid workers have been doing it ever since, even during our print dominant era from Gutenberg to the internet.

Dr. Bauta Motty4 applied orality to address the HIV/AIDS pandemic in Nigeria, and his son, Sung Bauta applied it to economically empower 70 widows in a predominantly Muslim area. Here are a few other applications and examples of how orality works simply by the way God designed us. 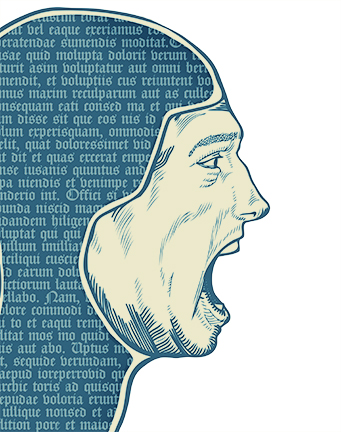 A friend and former USAID senior AIDS advisor, Shelagh O’Rourke, started her life’s work of serving the poor by empowering women in Haiti, but faced a monumental challenge created by American baby formula companies. Regardless of communication strategies, mothers resisted breastfeeding their babies but preferred baby formulas like that which was used by women in the United States. Consequently the babies suffered partly due to contaminated water, and partly due to diluting the expensive formulas. Then a co-worker composed a song about the benefits of nursing, and soon women started singing it while working or shopping in local markets. Another woman channeled the power of drama and crafted one that connected with mothers who dumped the formula and nursed their babies, and the community health picture took a giant step forward. The lesson? Connect with oral cultures by oral ways and means.

The Shah of Iran banished the Ayatollah Khomeini to exile in the mid-1960s hoping to silence the cleric’s revolution and liberation speeches by taking away his audience. From Paris, the Ayatollah recorded weekly messages and had smuggled them into Iran on cassette tapes.5 Families huddled together listening in secret to messages of hope. The tapes diffused seeds of revolution, and opposition to the Shah erupted with his exile and the overthrow of the U.S. embassy in Teheran. The Ayatollah harnessed key elements of the orality framework: the spoken word, accepted media (cassettes), and social networks. Now bold Iranian pastors deploy those same oral ways and means to bring kingdom leadership training, discipleship and evangelism tools to the Persian peoples.

My seminary mentor, Dr. Lewis Foster, mused that theological education “takes the notes of the professor, transfers them to the notebooks of students, without ever having gone through the mind of either.” That pretty much describes what we do around the world. Bible schools and seminaries bring in new crops of students, give them reading and writing assignments, and then assess their progress using pen and paper tests, theses and dissertations. We pride ourselves on using these methods to train oral tradition leaders in our Western seminaries or replicas of them in other lands, and then return them to their home cultures where proverbs, folk tales, music, dance and narrative are the means of communicating and storing information, not lectures and PowerPoint presentations. Is it any wonder that our message fails to transform cultures?

Now a wind of change blows, awakening teachers to principles and methods of orality while bridging their students into the world of textuality. Many African seminary professors now require students to include ethnic proverbs in sermons and class assignments. Others dedicate class time to collective learning and decision-making in their oral context. Instead of term papers, students produce songs and dramas, and in doing so stoke the fires of grassroot transformation.

In 2004 Afghan leaders invited us to assist with communications concerning their new constitution, and in doing so we were able to help validate and promote the work of a sister Christian non-profit. Several believers who worked with us on the project hoped to see a new day ushered in for the region where women would have the right to vote and go to school, where fathers would stop selling their daughters to pay off a debt, where women would be seen as people and not property and where taking on a new religion would not mean receiving the death penalty. In this oral culture where 98% of the women are illiterate, we helped introduce basic truths of human rights, embedding biblical truths in recorded music, drama, interviews with key leaders, roundtable discussions, and even a comedian via a small media player to nearly 5 million people.6

The world of the oral majority groans for good news. Earthquakes reduce their homes and schools to graveyard rubble; floods, hurricanes and cyclones wash away their hope; Islamic fundamentalists terrorize even those of their own faith; disease swiftly infects and kills their young and elderly; regional ethnic and political brutality silence their voice; human traffickers prey on them; and we have the answers. We know what to say. Now, will we learn how to say it so they can hear, understand and be transformed?

Chuck, president of Global Impact Missions, is empowering the global church and NGOs to design, implement and evaluate oral strategies and instruction. He teaches oral instructional communication at the University of Kentucky and schools and seminaries around the world based on his work and research in more than 30 countries. You may contact the author at .(JavaScript must be enabled to view this email address).