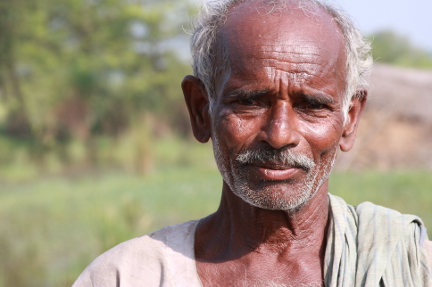 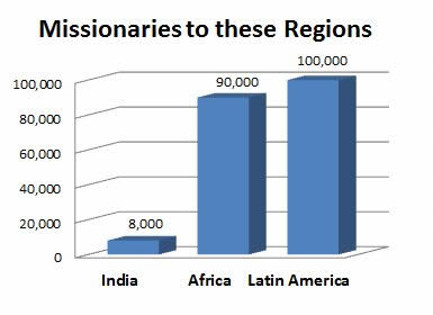 (These statistics are from Joshua Project, The Atlas of Global Christianity and Operation World.)

How come Evangelical population of India is placed at 55 million
When the total Christian population is only 24 million?

1. Note that the article doesn’t specify 55 million evangelicals in India, but less than 50 million.

Also, by comparison, Operation World estimates India’s Christian population at 5.8% or 71 million. So the Atlas is even more conservative. The 2.34% from the census is known to have significantly undercounted Christians.

I believe that more missionaries who would have been in India on their own are afraid of language barrier. Am one of such people

I attended a missions conference on India at my church’s denominational headquarters about 5 years ago and they said that conservatively about 14% of India’s population was Christian (I believe this was all denominations, both Protestant and Catholic).  This was based on some studies and surveys they had done;  I did not get access to the details of them.  They also said that most of these Christians are in the southern and northeastern portions of the country, as was mentioned in the article.  There is still a huge need for genuine gospel preaching and church planting in large tracts of northern and central India, but the 14% number was encouraging to me since about 20 years ago or so the number quoted by most missions agencies was roughly 2%.  In my limited travels in India, I have anecdotally seen an increase in the number of Christians over the years.  Let’s pray for this to accelerate in the upcoming years!

I’m a bit concerned about how the call for outside missionaries will play out. In my opinion, the best way for people from outside India to minister in India is by training indigenous Indian Christian leaders (elders, pastors, deacons) in doctrine and practical knowledge of the Gospel of Christ and then leaving them to do the work of evangelizing their fellow Indians.  I’m very much concerned that outside Christians (by that I mean non-Indian Christians) do not try to impose their cultural norms on the Indian culture, which is very different from the cultures of most outside Christians.  While I believe some of India’s culture needs to change in response to the Gospel, the actual doing of that should be mostly by the Holy Spirit working through Indians themselves.  That’s not to say that we outsiders can’t play a role in that, just that it should be a secondary role.