The weightiest negative impact was that the community assumed that the church planters were involved in Christian work for the perks, rather than experiencing a sincere conversion and faith in Jesus. Thus, their testimony came across as less credible and believable among their fellow citizens. My next natural question was, “Why do you continue to host short-term mission teams if it is counterproductive?” They responded, “Because we depend on the support of these teams that we host.” Unfortunately, the church planting team deemed they needed to stay locked into a pattern that was counterproductive to their church planting effort. 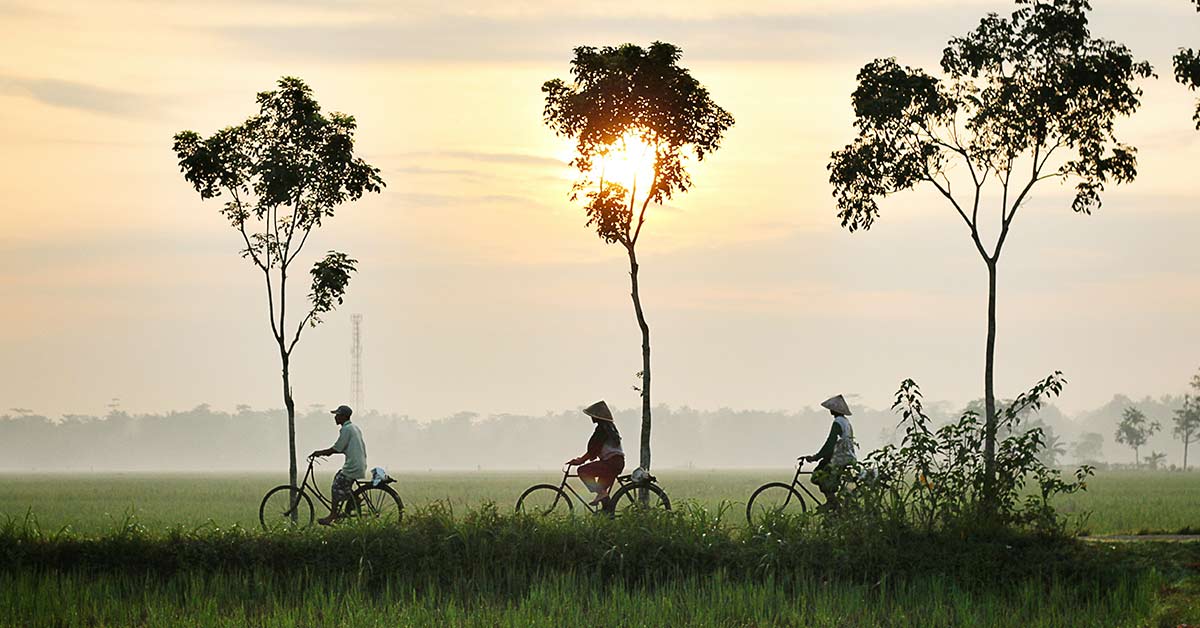 Thankfully, this story doesn’t stop here. After several days of reading the Bible and discussing the benefits of self-supporting, self-giving and local interdependency, the church planting team and their fellow colleagues prayed about their role in making a sincere effort to share and support their own church planting efforts. One by one, their fellow teammates committed to either give money, skills or services to support the church planters. The leader of the overall team shared the following, “While we were praying, I saw a field of snakes. Little by little, the snakes fled. I believe we are being set free from unhealthy dependency.”

First, Christian cross-cultural workers often conceptualize and organize mission efforts based on their own culture, church experiences, formulas and standards of living. In this case, we end up paying for it and managing it because we introduce something quite foreign and expensive. In a way, we create a deficit and then need to make up the deficit through our funding, status and expertise. As a missionary, I often discovered that when I needed to subsidize an effort, it was because I introduced foreign forms and extra-biblical requirements or nonessentials. Nonessentials and extra-biblical requirements refer to customs, conditions and approaches that are not mandated or even modeled in the Bible, but rather are man-made traditions and preferences added on to the Christian experience from one’s own cultural milieu and preferences. I am sure you can think of many examples such as Sunday school classrooms, professional-style worship teams, pulpits and so forth. 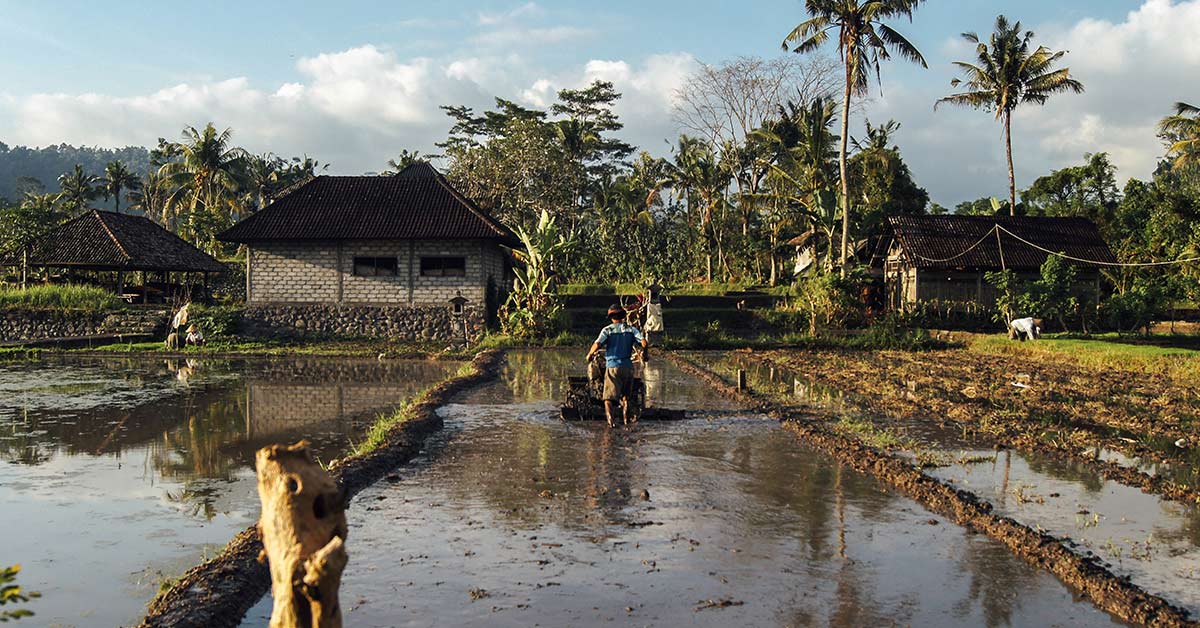 Second, Christian cross-cultural workers often implement a model that includes paying for local workers and local efforts during the first stages, with the intention to wean away funds as local people grow to be responsible and give. Unfortunately, these actions — that are supposedly meant to empower and advance — end up conditioning the recipients or onlookers into a dependency mindset. For example, if someone came to your neighborhood, introduced you to a new experience outside of your everyday context and started paying for the process, wouldn’t you develop certain perceptions and expectations? The bottom line is while the outsiders are organizing and paying, the insiders develop certain perceptions and expectations that economic dependency on foreign funds is normal and should continue from generation to generation of new churches and ministries. Here are a few of those “conditioned” perceptions that seep into the church or movement launched and sustained by outside funding:

Allow me to underscore once again — these harmful attitudes are not the result of the recipients’ wrongdoing, but rather the impact of outsiders trying to underwrite that which should be driven and sustained by insiders at their own pace. By the time the cross-cultural Christian worker wants to wean away subsidies, a dependency mindset has already taken root, affecting the church and their influence on communities around them. Jonathan Martin wrote in his book Giving Wisely, “If a church or ministry starts dependent on western money — western money will eventually end it.”[1]

How does a cross-cultural Christian worker avoid this dependency trap? First, an empowering way to plant indigenous churches, ministries or movements is to begin that way. If we keep in mind that people managed their own spiritual path and religion before we came along as missionaries, we will be more resolved to believe that this will be the case for those who choose to follow Christ as well. If we envision a model of doing church as exemplified in the book of Acts, we will discover that the resources for the harvest are already in the harvest. Donald McGavran summarized this concept in a saying, “In every apple there is an orchard.”[2] In this case, the cross-cultural worker should be a catalyst for mobilizing local resources by urging and encouraging insiders to conceptualize and organize the church based on their own culture, essentials of Scripture and creative usage of their own local resources.

Second, plant indigenous churches and movements by encouraging forms of healthy dependency on family, friends and community from the beginning. This type of healthy reliance was modeled in the early church and was written down for our benefit in Acts 2:42-47, Acts 6:1-7 and Timothy 5:1-5. The problem is that if outsiders replace local interdependency with global interdependency through subsidizing, we break down the economic engine of the church—the local people's motives and capacity to give, share and create. Instead, let’s do the absolute opposite: stay out of the way and rather urge and encourage healthy sharing, giving and serving in local families, faith communities and communities at large. 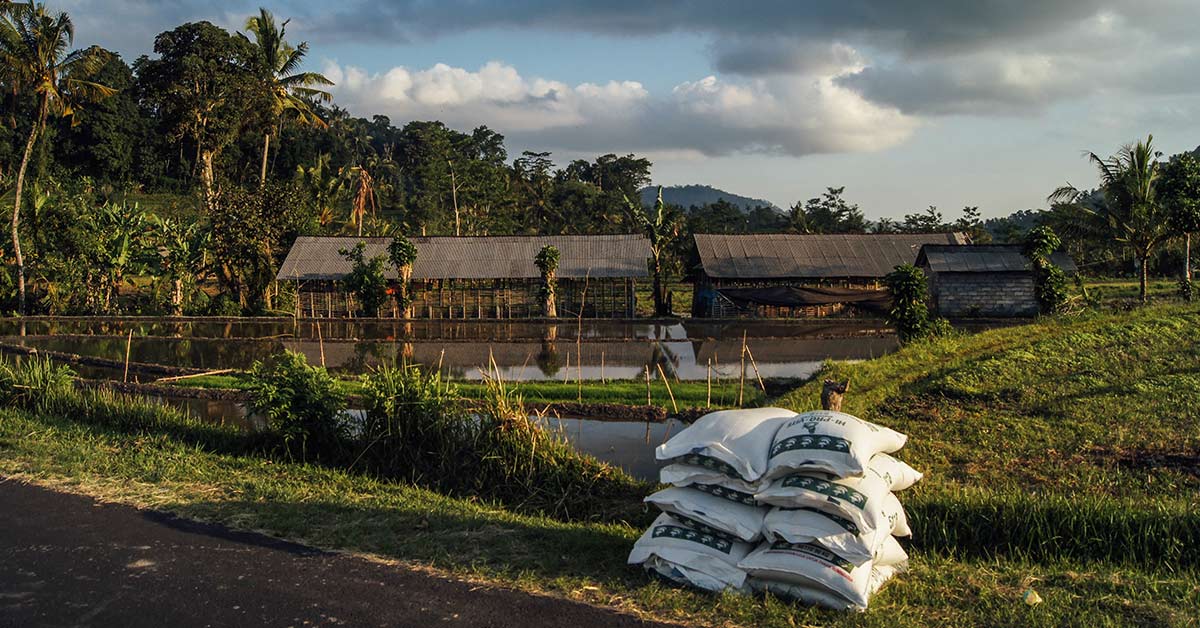 Most people would agree that self-reliance and local interdependence are core characteristics necessary for building healthy families and communities, so why wouldn’t this be true for the church as well? We would no more connect the world’s faith in Jesus to a few rich nations than we would connect the world’s electricity to the grid of one or two nations. Every local faith community deserves the opportunity to sustain, flourish and multiply while on their own spiritual journey. The cross-cultural worker can fan into flame this journey in the same way Paul did with Timothy — to urge and encourage. “For this reason I remind you to fan into flame the gift of God, which is in you through the laying on of my hands. For the Spirit God gave us does not make us timid, but gives us power, love and self-discipline.” (2 Timothy 1:6-7 NIV)

The best way to plant indigenous churches and movements is to begin that way. Then, we don’t have to discover mid-stream that it is too late — that an unhealthy mindset has settled in like cement. Keep in mind that in every apple, there is an orchard. In every people group, an Acts 2-type church is already there; we just need to believe it.

Believing in the One Who Indwells His Leaders

I recently had a cup of coffee with James,[3] a friend of mine who is a member of an indigenous, Haitian evangelism ministry. James and his teammates are making great strides in learning to trust God to multiply their limited, local resources for ministry. James recounted how he struck a nerve when he shared his joy about mobilizing sustainability efforts with his spiritual father, a pastor of a large church and former president of one of Haiti’s largest mission organizations.

James: “Pastor Lucien,1 I’ve enjoyed sharing with you how our evangelism ministry has become indigenous. What vision do you have for your mission?”

Pastor Lucien: “It is the same as what you have shared. I want the mission to become an indigenous mission. However, most would hate me to death for saying such a thing.”

James explained to me that the reason most leaders disagree with Pastor Lucien is that they depend on foreigners for what they need. They do not think they have anything to give. Unfortunately, in my 13 years of ministry in Haiti, I have often seen the debilitating effects of dependency that have left great leaders without a sense of personal responsibility and have left them feeling like employees of a foreign mission.

While I was trying to reverse the paralyzing effects of dependency in my own ministry, I came across wise counsel from Roland Allen. He explains how to help local leaders develop a deeper sense of responsibility for their mission:  “It would be better, far better, that our converts should make many mistakes, and fall into many errors, and commit many offenses, than that their sense of responsibility should be undermined. The Holy Ghost is given to Christians that He may guide them, and that they may learn His power to guide them, not that they may be stupidly obedient to the voice of authority.”[4]

To those of us who struggle as missionaries with allowing local leaders the freedom to practice the above, Allen exhorts us through his observations of the apostle Paul:  “He believed in the Holy Ghost, not merely vaguely as a spiritual Power, but as a Person indwelling his converts. He believed therefore in his converts. He could trust them. He did not trust them because he believed in their natural virtue or intellectual sufficiency . . . But he believed in the Holy Ghost in them. He believed that Christ was able and willing to keep that which he had committed to Him.”[5]

After being impacted by Roland’s exhortation, I began putting Allen’s suggestions into practice. At the time, I was struggling to direct young, vibrant Haitian leaders in developing a strategy that would reach school-aged children in Haiti with a presentation of the gospel and Christian literature. Rather than determining a plan myself, I encouraged the Haitians to take charge and experiment, while praying for their success. Through this process, these leaders decided to use local solutions for logistical planning and to create networks of volunteer children’s workers throughout Haiti. These young, empowered leaders have reached more than one million kids with the gospel! Furthermore, out of their initial success, the indigenous evangelism team, of which James is a member, was founded.

When we believe in the God who indwells His leaders, He will get His work done through them!

[2] Quoted in Ferguson, David, and Alex Hirsh 2011 On the Verge: A Journey into the Apostolic Future of the Church. Grand Rapids: Zondervan, 74.

Jean Johnson is the author of We Are Not The Hero: A Missionary’s Guide for Sharing Christ, Not a Culture of Dependency. Jean served as a missionary with the Assemblies of God in Cambodia for 16 years in the areas of pioneer church planting, on-the-job leadership training, and oral strategies. She is currently the director of World Mission Associates and teaches and coaches on church sustainability and multiplication.

Email: .(JavaScript must be enabled to view this email address)
Website: http://www.wmausa.org