Equipping the Next Generation to Catalyze Kingdom Breakthrough

What a privilege it is for me to serve the INSIGHT program as its new National Director during this pivotal transitional season in the history of Frontier Ventures. INSIGHT is a college-level study program that prepares a new generation of world Christian leaders by means of a distinctive interdisciplinary curriculum.  INSIGHT is an acronym standing for INtensive Study of Interdisciplinary Global History and Theology. INSIGHT students can receive a year’s worth of college credit at an affordable cost. INSIGHT’s discussion-based, Socratic approach forms creative problem-solvers who can seek and find God’s truth rather than waiting for someone to spoon-feed it to them.

By learning from God’s work in history, INSIGHT unlocks student participation in the missional purposes of God in the present and the future. What better way to mobilize kingdom workers than by enabling young people to discover how their story fits into God’s great story and by conveying how this story is infinitely more meaningful than the empty, counter-story of the American Dream? As INSIGHT students grapple with some of the deepest and most fundamental barriers to the advance of the gospel, they are propelled to seek solutions that catalyze kingdom breakthrough among the least reached.

Here is a glimpse into the unique contribution INSIGHT can make within the great story of God’s global purpose: A few months ago, a recent INSIGHT alum named Megan was a part of a team that was spending time in Lebanon to refresh missionaries and to reach out to Syrian refugees. On one of their visits to a makeshift refugee camp, she joined a couple of missionaries to meet with a group of women. While the missionaries were trying to describe the kingdom of God, Megan noticed one refugee woman interspersing the English words “Plato” and “perfect forms” among her use of Arabic. Megan soon realized she was 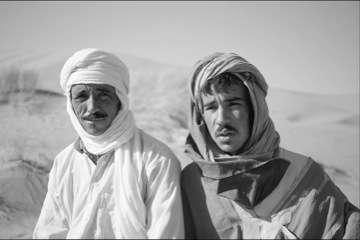 talking about Plato’s theory of the forms—the unchanging, eternal core of reality. This was something she had studied in INSIGHT a couple of years before. The refugee woman, a former English literature instructor in Syria, was asking about whether the kingdom of God was like Plato’s forms. Megan was able to convey through a translator the difference between biblical theology and Plato’s philosophy, helping this educated woman towards a clearer understanding of God’s revealed truth. You see, mere activism was not enough in this situation. Rather, Megan’s training in worldview analysis, history, theology, and philosophy through INSIGHT was needed for this promising refugee to receive a greater grasp of God’s ways.

This story captures one of the many ways that God could use INSIGHT to prepare the next generation to be kingdom-minded, reflective activists.