Hydrate is a program that offers prophetic prayer to missionaries via Skype. The prayer ministry is based on 1 Corinthians 14:3 with the goal of encouraging, comforting, and building up those who receive. Psalm 139: 17-18 says, “How precious to me are your thoughts, God! How vast is the sum of them! Were I to count them, they would outnumber the grains of sand.” (NIV) Jeremiah 29:11 speaks of the nature of the thoughts God has towards us. ‘“For I know the plans I have for you,’ declares the LORD, ‘plans to prosper you and not to harm you, plans to give you hope and a future.’” (NIV) 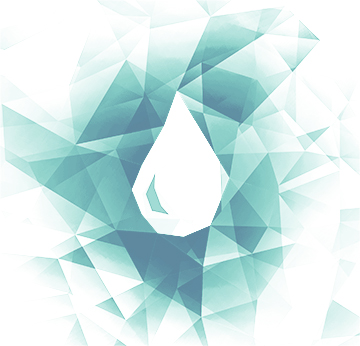 When people are sent to the ends of the earth, their experience can be like being in a “dry and weary land.” Through the ministry of Hydrate we want to do our part to help keep them well watered throughout their journey so that they will flourish in the land.

Hydrate began when two couples who had previously volunteered at Pasadena House of Prayer (PIHOP) and later went overseas for cross cultural ministry assignments. These couples desired to stay connected, so PIHOP leaders agreed to reach out and take one hour a month to prophetically pray for them. They enjoyed this type of ministry for many years via Skype before one couple invited a PIHOP team to come and minister on site.

While in Central Asia, our team ministered to a wide variety of denominations. One particular group was from a background that did not have prophetic prayer ministry as a part of their tradition. They were open to receive prayer, but had some reservations about the nature of what would be spoken over them. So they prayed about whether or not they should participate.

They prayed, “God, show us if receiving your voice in this way is appropriate for us.” They came into agreement that when they received prayer, if the message given emphasized shame or that they were not trying hard enough, then they would know that this type of ministry was not from God. The reluctant group was able to clearly see that the ministry we provided was not weird or mystical but was very practical and biblical.

Those receiving prayer spread the word of their positive experience and by the end nearly 60 workers from 12 different teams had come to receive ministry. Those who participated were from various backgrounds and traditions including  Lutherans, Assemblies of God, Baptists, nondenominational, Charismatics, and Pentecostals, among others.

One of the workers who received ministry had this to say: “Hydrate with PIHOP was the most refreshing ministry that we received while living overseas. As we were living in a very unreached place, having people listen to God and pray for us in our native language was like a cup of cold water in the midst of a spiritual desert.”

To learn more about Hydrate or how you can receive training on prophetic prayer ministry, contact the Pasadena House of Prayer at http://www.pihop.com.

Cheryl Allen is the Director of the Pasadena International House of Prayer (PIHOP).

Ajay Samuel is the Director of Prophetic Ministry at the PIHOP.