A Key CPM question is, “What needs to be done? Not what can be done?

In the following excerpt from the book entitled Stubborn Perseverance, we observe the process of how my husband and I equip our local partners  to develop healthy DNA in the reproducing house fellowships. 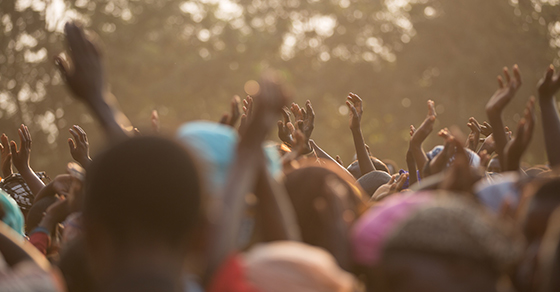 Faisal tightened the laces on his jogging shoes. So many things were happening in their little movement. He needed time to think about where they had come from and where they were headed. Maybe an early morning jog would help. Faisal headed down his street, and turned at the mosque. The road rose gradually. There were few people and vehicles, and the view was inspiring. On one side of the road, he could see terraced rice fields. On the other, cows and goats grazed.

The original group had gotten off to a slow start. They had tried every way they knew to find a person of peace — incorporating shema statements in their conversation, sharing a personal salvation story, asking others if they have had a dream about a prophet, praying for needs, saying a prayer of blessing, discussing references to Isa in the Qur’an, and recounting a “Creation to Al Masih” story. They had faithfully shared with others, but at first no one was interested in discussing the prophet stories with them. Then spiritual attacks had nearly wrecked their group. After Faisal had rallied them in prayer, God had answered in dramatic ways.

Everyone on the team had started one or more discovery groups to discuss chronological stories in the Taurat and Injil. Recently, Ahmad and his household had been baptized. What a joy and privilege it was to be used by God to lead people to Al Masih and see the beginnings of multiplying house churches.

The team had learned there are two key but difficult transitions for the house church planter: first to gather the oikos together to begin discussing the prophet stories, and second to stop attending the group after appointing and equipping a leader from within the oikos.

It helped that they had a clear goal of planting healthy, independent, multiplying house fellowships led by oikos leaders, and a deep commitment to seeing those house churches reproduce to four generations and beyond.

Their experience had confirmed that they needed to continue relying on the Word of God and the Spirit of God. Their study had taught them that followers of Isa are blessed to be a blessing; consequently they were actively seeking ways to bless others.

Their meetings were encouraging. They prayed, supported each other, and held one another accountable. They laughed and enjoyed one another, and were a team in the fullest sense of the word.

Up the road Faisal could see women carrying baskets of vegetables on their heads, walking toward the market.

Now that Ahmad and his family had been baptized and become a house church, it was time to discuss with his team the essential ingredients of a healthy church, so the right DNA would be present in these groups from the outset.

Faisal suddenly saw he had run farther than he had planned. As he headed home, he thought, What an adventure this has been!

Faisal, Fatima, Yusuf, Nur, Nasrudin, and Amina gathered for their weekly meeting. There was excitement in the air; God was on the move. They were experiencing a sense of awe, perhaps like what the early disciples felt.

Faisal then directed them to the day’s topic, Essential Church Ingredients. “Once a household is baptized it becomes a house church. This study will help us discover from the Injil what must be present for this church to become healthy. It is also important to note that house churches can become stronger by joining with other oikos.”

Afterward Faisal said, “This discussion has been very fruitful. Let’s summarize these verses.”

Together the group listed these essential ingredients of healthy churches:

Faisal asked Nasrudin to pray, then Fatima brought out tea.