Cultivating a Passion for All Peoples

This year marks the 50th anniversary of the “Peace Child” story—my parents’ 14-year adventure of obedience among the Sawi people of Papua, a journey that culminated in the dramatic breakthrough of God’s love into their violent and isolated tribal culture. I grew up as one of them, speaking their language, loving their jungle world, and identifying with their culture.

This past July, Sawi churches commemorated the event with a three-day gathering of more than 3,000 exuberant men, women, and children. Some of them traveled for days to be there. A newly released mini-movie, Never the Same, documents the emotional reunion that my father, brothers and I experienced as we participated in this remarkable event.

Following my college years, my wife and I embarked on yet another adventure. We spent ten years on a church-planting team in one of the world’s largest Muslim unreached people groups. Again, our relationships went deep. God gave us a love and passion for the Muslim world.

In the 1980s the Muslim world received negligible attention from churches in North America. This began to change in the 1990s through the efforts of Greg Livingstone and others. Awareness of the spiritual needs of Muslims accelerated even more rapidly following 9/11. Today, more than 60% of the teams in the organization I serve, for example, focus their efforts on Muslim peoples.

The needs of the Muslim world remain vast, and the workers few, yet we would do well in our mission strategies to keep the larger picture in view. The Psalmist wrote, “Let the peoples praise you, O God; Let ALL the peoples praise you!” (Psalm 67:3, ESV, emphasis mine) God is the God of all the nations. While the civilizational clash between the West and the Muslim world dominates our discourse, there remain great challenges and opportunities in the Hindu, Buddhist and Tribal worlds. 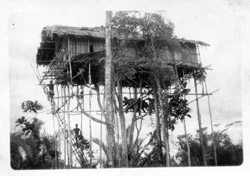 One of our leaders working among Hindus recently showed me a map of one state in India. It was covered in blue dots. Each dot represented an unengaged people group. The 139 completely unengaged people groups in India and the Hindu world represent millions of people. They are separated from one another and from the gospel not only by their languages but also by myriad expressions of Hinduism and social castes. While we praise God for reports of large numbers of Hindus coming 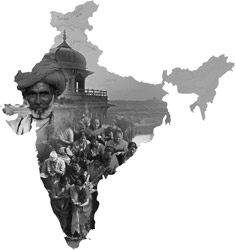 to Christ, an estimated 70% or more of these conversions are from low castes and tribal groups. It is easy to underestimate the complexity of the challenge and the remaining need. This is no time for churches in the West to abdicate their vital role in helping, often through partnership, to reach these groups.

Despite generations of seed sowing, the Buddhist world remains a remarkably difficult challenge in the global mission picture. Physical access by missionaries is not the greatest challenge in many cases. Rather, it is the suffocating spiritual darkness and the power of a radically different worldview that makes conversion and church planting difficult.

Our stereotypes of saffron-robed priests meditating in complete peace are far from the reality. Many Buddhists in unreached and unengaged groups have no knowledge of the “Noble Eightfold Path.” For most, there is a simple two-fold path: Appease the spirits and protect your karma. Spirits dominate every aspect of life. House spirits demand daily offerings, neighborhood spirits require weekly attention, village spirits need appeasement from travelers, and regional “guardian spirits” expect annual offerings.

In northern Thailand, for example, there is great spiritual darkness, even according to Thai Buddhists. For the younger generation, Buddhist rituals are more like ATM transactions, completed to earn merit or luck, as it is needed. The sense that one has thousands of potential lifetimes ahead can deeply affect one’s worldview.

Spiritual opposition toward the gospel and its messengers can be profound. Our own workers in these areas have been ravaged with illness, marriage difficulties, and team conflict. It is a tremendous spiritual battle. Yet we are endeavoring to send more teams to various Tibetan groups and to the unengaged in Laos, Bhutan and Cambodia. The need is for workers and senders who are faithful in prayer, patient in enduring hardship, and strong in their proclamation of the goodness and glory of a Savior who is greater than the spirits that hold these precious people in bondage. 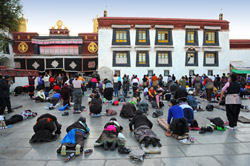 In remote corners of the world (and some not-so-remote), there remain hundreds of tribal groups that are still cut off from the hope of the gospel. In the jungles of the Amazon alone there are an estimated 40-50 unengaged tribes. These groups are typically smaller in number, with 200 to 1,000 members in a tribe. Yet, each has a unique culture and capacity for expressing and displaying God’s glory. Many of them live nomadically, traveling large swaths of the jungle and only staying in one location for no longer than two weeks at a time. Simply finding these groups can be a challenge.

Tribal work has become politically sensitive in many countries. Many of the tribal lands have been designated as national refuges in an effort to preserve the “pristine” pre-modern cultures. The reality may be quite different as most animistic people live in constant fear of spirits, on whom they call to heal or to curse. Exploitation by the encroaching commercial world threatens the extinction of many of these groups.

Who will learn their complex and difficult languages? Who will labor in difficult, often primitive conditions, partnering with nearby groups to reach these unengaged before it is too late? Who is willing to spend years helping to reach remote ravines in Southwestern China, nomadic peoples of the Sahara or desert tribes of Chad, or swampy areas of Papua New Guinea? I have seen firsthand the challenges and rewards of such a life. It’s an extraordinary privilege. I can imagine no greater joy than to see people brought out of darkness, conflict and fear into the peace and joy found in Christ and his cross.

I am encouraged by a new generation of God’s workers who are rising to the challenge of this final, great chapter of redemptive history. This year alone over 200 people have come through our organization’s orientations, desiring to serve in the “hard places.” We need people who are willing to do the “hard work,” as Jesus put it to his disciples (John 4), and to lay a foundation on which others can subsequently build.

My own experience among the Sawi and among various Muslim groups has given me a growing appreciation for the scale and grandeur of God’s great campaign of blessings through Christ, originally foreshadowed in God’s promise to Abraham, “All peoples will be blessed through you.” My daily prayer is that the blessing that came to “my own tribe,” the Sawi, will come soon to every people group in the world.

Found the statement ‘no incarnational witness’ very helpful. Sobering about the Hindu & Buddhist worlds Hadn’t thought how the prospect of 1000s of lifetimes would affect someone’s worldview

Hi,
How can i obtain a copy of the video or dvd about “peace child?”

I know I read in the magazine about a unreached Sunday. I am desperately looking for that date?

Steve was raised in Indonesia, where his parents planted churches in a jungle tribe. He witnessed the impact of the gospel on their war-like society, a story documented in his father’s missionary classic, Peace Child. Since 1999 Steve Richardson has served as President of Pioneers-USA. Go to www.pioneers.org for more information. You may contact Steve at .(JavaScript must be enabled to view this email address).