This is an article from the September-October 2012 issue: Simple Churches

In this issue of Mission Frontiers we inaugurate a new series of articles, providing updates on least-reached People Clusters. Building on the work of Patrick Johnstone and Joshua Project, we estimate that more than 80% of the world’s unreached peoples are found in 117 least-reached People Clusters, with these 117 clusters grouped into 12 Affinity Blocs. The paradigm of Affinity Blocs and People Clusters is an attempt to build upon the strategic connections within and between peoples, not only in their homelands but also their diaspora populations.

In September 2012 the spotlight falls on the peoples of the Turkic Affinity Bloc, with emphasis this month on the Azerbaijani People Cluster. In October 2012 the spotlight shifts to the peoples of the Persian-Median Affinity Bloc (see the following article). Turkic and Persian peoples dominate the Central Asian homelands and diaspora populations and are the focus of the North American Central Asia Forum slated for October (www.nacaf.net). 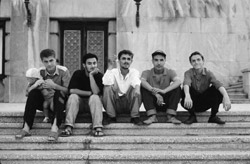 with emphasis on the Azerbaijani People Cluster

The Azerbaijanis are among the few peoples who span different countries and different cultural basins. The small number of Azerbaijanis in the Republic of Azerbaijan (eight million), their recent claim to statehood, and their low profile on the world stage have misled many into overlooking the Azerbaijani people cluster as insignificant. However, they are increasingly recognized as unique in their potential impact as a strategic bridge to other peoples.

The exact number of Azerbaijanis worldwide is not known, but estimates range from 30 to 50 million, depending on whose statistics you lean upon. The largest number of Azerbaijanis can be found in Iran, where population estimates range from 18 to 30 million, with government statistics on the lower end of the range. It is notable but little-known that the Supreme Leader of Iran, Ayatollah Khameini, is Azerbaijani; despite that fact, the Azerbaijanis of Iran have found it difficult to express their ethnic voice and have gone through many challenging phases. The northern border with Azerbaijan has been opened in recent years, leading to increased transit of people and goods.

Until the beginning of the nineteenth century the Azerbaijani homelands were part of the Persian Empire. Then a succession of wars and treaties with Russia led Persian authorities to cede to Russia what is now known as Azerbaijan along with some of the present Russian Federation territory that includes significant Azerbaijani populations, for example, the city of Derbent. At the beginning of the twentieth century many Azerbaijanis fled from the Red Army and resettled in the eastern provinces of Turkey, especially in the city of Kars. Over time they have dispersed west, leading some observers to estimate the present population of Azerbaijanis in Turkey at 500,000-600,000.

In certain areas of Georgia significant numbers of Azerbaijanis can trace their presence to long-ago incursions by the Persian Empire; estimates of their numbers today range from 240,000 to 500,000. Add the large number of migrant workers living in Russia and spread through the former Soviet Union, and you can accurately regard the Azerbaijani as one of the most dispersed and significant minorities in many countries. Furthermore, northern Iraq is home to a people called the Turcoman, who speak Azerbaijani rather than Turkish and are estimated at 2.5 million. Thus the Azerbaijani also provide a cultural bridge into the Arabic and Kurdish worlds.

The Azerbaijani of the dispersion speak Azerbaijani, Farsi, Turkish, Russian, Arabic and many other minority languages. Although the boundaries between countries present significant challenges to Western workers, these boundaries are not so significant to Azerbaijani believers—something for us to carefully note in our praying and planning. Azerbaijanis from Azerbaijan regularly go to Iran and can readily and naturally share the Good News of Jesus. Azerbaijani pastors from Baku can go to northern Iraq, speak with Turkmen people in their own language and be welcomed as dear brothers rather than foreign infiltrators. Azerbaijanis from Baku who want to share their faith in Georgia have freedom to do so without fear of government intervention in the Azerbaijani sectors of Georgia. Farsi-speaking Azerbaijanis can reach out to the Persian majority and the minority peoples of Iran, or can speak Dari in Afghanistan, or can go further south to master Persian-based Urdu in far less time and with far less stigma than Western workers.

What about Azerbaijani Turcoman crossing into Arabic-speaking cultures in North Africa and the Middle East, or using their Turkic roots to quickly master Turkish or Uzbek or Turkmen and move through Central Asia, occasionally using their Russian? The possibilities are delightful, but one problem affects the glowing potential: the Azerbaijanis are themselves a least-reached people cluster. Estimates of the number of Azerbaijani believers worldwide range from 7,000 to 14,000, though accurate numbers are hard to ascertain. 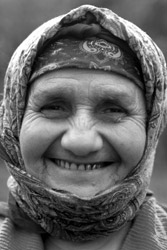 In recent years a significant number of Azerbaijanis have come to Christ, and particularly in Azerbaijan we have seen steady outreach and growth with an understanding among believers of the unique role they can play to reach their own and other peoples. Yet recent events in the past 1-2 years have presented new challenges and diminished the free flow of people and ideas: renewed persecution in Iran, regional fears and insecurities prompted by the Arab Spring, unfavorable news reports of unjust policies of Azerbaijan’s leaders, and the threat of renewed hostilities between Azerbaijan and Armenia over the disputed territory of Nagorno-Karabakh. An increasing focus on national pride has led governing authorities in Azerbaijan to adopt legislation and business policies that have prompted some expatriate workers to leave. Add to this an increasingly strict law in Azerbaijan on permissible religious thought and practice, and you have a context in which sharing your faith has become increasingly costly.

Nevertheless, we are seeing growth in the Azerbaijani church, increased maturity and an increase of faith. This year, despite the closing of one major congregation in Baku, another has won its case for registration after many difficult legal battles. The Evangelical Alliance has continued to develop and seeks to unite the local churches in their corporate commitment to serving the kingdom of God in Azerbaijan. In Iran significant numbers of people have come to Christ despite unremitting difficulties and severe persecution, and many are counting the cost as worthwhile to be able to follow the Lord.

So what does the future hold for the peoples of the Azerbaijani cluster? Will they pursue a calling to transform the nations around them for Christ, or not live up to their potential as regional change agents? One thing is sure: the Azerbaijani present one of the most exciting opportunities for gospel expansion, as a cluster of peoples to widely receive the Good News themselves and to cross many cultural and linguistic boundaries to bring blessing to others.

To learn more, go to: www.azerbaijanipartnership.org

To learn more about the Azerbaijani and eight other least-reached, Turkic people clusters, see www.ow.ly/cMxTP and pages 220-223 in Patrick Johnstone’s The Future of the Global Church (available at missionbooks.org). 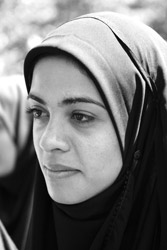 with emphasis on the peoples of Iran

Iran is much in the headlines these days, largely because of concerns over Iran’s influence in the Middle East and because of economic sanctions imposed on Iran to curtail its nuclear programs. But the parallel narrative amidst much persecution is the astonishing growth of the Church among the Persian majority and a quiet, persistent outreach to Iran’s minority peoples. As Operation World reminds us, Iran is home to some of the world’s largest unreached peoples, including the Luri-Bakhtiari of the Zagros Mountains, the Baloch of the southeast and Kurdish peoples in the northwest and northeast. 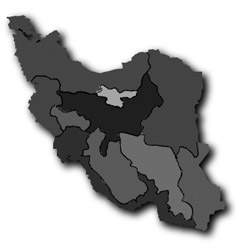 In recent months a number of mission agencies and other ministries have teamed up to develop a new, collaborative website, www.prayirannow.com. On this site you’ll find stories and ways to pray for the peoples of Iran.

To learn more about the peoples of Iran, and other peoples and people clusters in the Persian-Median Affinity Bloc, see www.ow.ly/cMy8i and pages 202-205 in Patrick Johnstone’s The Future of the Global Church (available at www.missionbooks.org).

Interesting content on the other hand I would like to explain to you that I think there is trouble with your RSS feeds when they appear to not be working for me. Might be just me but I was thinking I would suggest it.