What’s Getting in the Way?

The Five Greatest Roadblocks to Engagement

The world is a big, complicated place. The Muslim world is a 1.5+ billion person segment of that world with significant Muslim populations stretching from West Africa to the southern Philippines. With its heartland in the Middle East, where all history began and where it will all end, for political, economic, and deeply spiritual reasons, engaging the Muslim world effectively with the transforming message and power of the Lord Jesus must be a very high priority. Christian leaders worldwide agree that today is a day of unparalleled opportunity in unleashing the gospel throughout the world. The global Church has never had more resources than she has today. However, despite serious and often sacrificial efforts to realize this vision, we’re far short of achieving our goals. With 1177 Muslim Unengaged Unreached People Groups (MUUPGs)1—187 of them over 100,000 in size—the task ahead of us is formidable.

Our global network, which is made up of 135+ organizations from 25 sending nations, has a vision to see effective church planting among all Muslim people groups, and we have set engagement of MUUPGs to be a top priority.

In April 2012 a survey was conducted of the network which asked the
single question:

“From your personal or ministry perspective, what do you believe are the three greatest roadblocks or challenges that stand in the way of the global church engaging every one of these Muslim people groups in the next five years?”

The survey found the following five roadblocks, in order of frequency, to be most commonly identified by the respondents:

“Lack of workers—which I have observed is due to general lack of understanding God’s passion for lost people—lack of discipleship.”2

This quote by one respondent adequately expresses the recurring theme of the number one roadblock and sums up what has been published by researchers Barrett and Johnson. Regarding the lack of workers among the world’s 4,400 least-evangelized peoples, the research states that 25% of the world’s population receives only 7.5% of the world’s foreign and national missionaries.3 Leaders have rightly identified that we need to continue “beseech[ing] the Lord of the harvest to send out laborers into his harvest”
(Luke 10:2) as we improve efforts at discipling the Church in understanding God’s heart for all peoples.

“Slowness on the part of agencies toward embracing new paradigms for missionary response….”

Among these mission leaders there was a general sense of the need for new and effective strategies to realize effective engagements. This might be indicative of the challenge facing some of the established organizations to transition into today’s realities regarding mobilization, effective training, funding, and working in the hostile environments where many of these people groups are found. Respondents found that their organizations were “unfamiliar with the breakthroughs that God is currently using...” and that they had an “unclear path from intent to action, concept to practice—how specifically to engage?”

#3 Lack of unity within the global Church

“Lack of coordination is huge: getting the various international and national partners working together as much as possible.”

In an age of globalization it should grieve us that we still run “into” rather than “alongside” one another in our mission efforts. The message was loud and clear: we are still struggling with the grace, humility and sacrifice that collaboration and partnership require. “Lack of unity,” “mistrust,” and “fragmentation,” were some of the reoccurring words that expressed this roadblock. One Indian leader said, “Seems [like] Western missionaries and churches want to accomplish the task on their own, [there is a] huge imbalance in sharing the resources.”

“The global Church is biased against Muslims. It is hard to support workers serving people you do not like or for whom you have no affinity.”

The harsh reality is that the Church is reflecting the world in popular opinion of Muslims by non-Muslims. According to global missiologist Patrick Johnstone, the 21st Century will revert to patterns of earlier centuries where religion will be a dominant feature of future conflict.4 Organizational leaders are feeling this roadblock of prejudice from their supporting constituencies because of “the spirit of discrimination [fear] towards the people group [they] are trying to reach….” This roadblock is especially real among the leaders from the church in Muslim lands where there is a “lack of desire from the national church because they feel besieged…”

What is the Church’s role in mission in a world of increasing ideological conflict, fear and repression of citizens? There is a need for mission organizations to promote and undergird Jesus’ teaching on loving our neighbors by putting a Muslim face to “neighbor.”

#5 The Church is Unaware

“Unengaged are unengaged for many reasons—but the greatest reason by far is that these UUPGs are not individually (by name) on anyone’s ‘radar’.”

When it comes down to it, the church is largely unaware of the least reached and the resources needed to engage them. A survey conducted by Global Mapping International found that only 48% of missionaries and 35% of mission-minded lay people are even aware of the term UUPG.5 Several leaders felt that the blame is partly theirs because “we tend to hold them [UUPGs] captive on database files in list form and do not invite churches to begin to embark on a journey with one UUPG.” There was also a sense that too many other things take priority. “Agencies and churches have many different and immediate concerns that demand immediate attention—out of sight, out of mind.”

For several years, personnel recruiters and other mobilizers from the North American region of the network have been meeting annually to pray, talk, and strategize about this challenge. In late 2011 there was a collective sense that to see real movement a whole new approach was needed. In June 2012, 105 leaders met in Kansas City and in September 2012, 60 other leaders met in Amsterdam. Each group gathered for two days of hard discussion, prayer, and planning. Among the groups, there were 27 CEOs along with other senior mission leaders from 80 organizations. At these meetings, working sessions addressed three very simple but very tough questions: 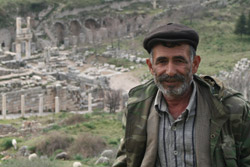 1) What are the roadblocks preventing the Church from engaging MUUPGs, 2) What are a few of the absolutely highest solutions that could address these roadblocks, and 3) What specific action steps (people, objectives, timetables, etc.) will be required to realize those solutions?6

Post-meeting evaluations by participants at the working meetings in Kansas City and Amsterdam suggested they were highly productive. Now, collaboratively turning ideas into real, sustainable action will require the following key elements:

Stay tuned as further reports come in on this strategic action plan. And please pray!

“A survey conducted by Global Mapping International found that only 48% of missionaries and 35% of mission-minded lay people are even aware of the term UUPG.”

How sad, “they” don’t even know your favorite acronym and professional buzzwords… it sounds like that fellow you quoted is about right:  “Seems [like] Western missionaries and churches want to accomplish the task on their own, [there is a] huge imbalance in sharing the resources.”

Thank you for the comment Desi. I appreciate your reference to the parable of the wheat and tares. I also appreciate your admonition that that this is the business of the body and not just for Western Missionaries or “professionals”.  We do struggle with communication across the global church. Those of us called to advocate, or be a prophetic voice, for the parts of the world where the church, as far as we can discern, does not exist, work together developing common language and definitions. We do this so that we can fulfill our calling as a community.

In Romans 15:20 Paul writes: “It has always been my ambition to preach the gospel where Christ was not known, so that I would not be building on someone else’s foundation. 21 Rather, as it is written:

“Those who were not told about him will see,
and those who have not heard will understand.”[a]

22 This is why I have often been hindered from coming to you.”

Paul had a calling to the “unengaged” and prioritized them over a visit to the church in Rome. We believe this apostolic calling is still as relevant today as it was in the 1st Century. The truth is, we have not fulfilled Christ’s commission to us to make disciples of all nations (pante ethne).
If you have suggestions for better words to define or describe the parts of the world where the church does not yet exist among a significant part of the population, please share them. We are all ears!  And even more, let’s work together as the church to “Beseech the Lord of the Harvest to send out more labourers into his harvest” and then respond in obedience and go.

Over the last 30 years Phill has worked in over 70 countries as head, first of Intercristo, then Interdev, and currently visionSynergy. He now is Sr. Strategy Advisor at visionSynergy, a ministry specializing in international ministry partnership and network development. You may contact Phill at .(JavaScript must be enabled to view this email address).

John currently serves as Director of Ministries for AIM International and is the international coordinator for a global network of 135 organizations focused on Muslim peoples. You may contact John at .(JavaScript must be enabled to view this email address).