If you go back to the earliest days of our organization, you could say we were founded on a number. Of course, that is way too simplistic, but a number was a driving force. Ralph D. Winter had spoken at the 1974 Lausanne Congress and talked about people groups within which there was no church—of any kind. He later used the figure of 16,750—which was how many cultures needed someone to bring the gospel.

He had been working on the statistics behind that for more than a year before his presentation in Lausanne. After teaching some 1,000 missionaries just back from their fieldwork, Winter and the others there had learned a lot about many places around the world. And they noticed gaps. There were places where no missionaries worked. That led to his research and presentation.

But the number itself—16,750—led people to think that Winter had a list in his desk in Pasadena. Indeed, there was a survey/study commissioned leading up to the ’74 Lausanne Congress that asked all the delegates 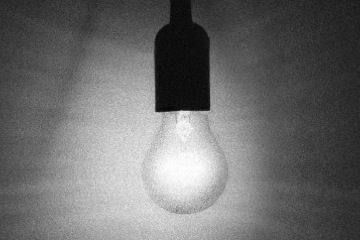 about the status of outreach in their nations. Such data was hard to obtain back then. But that data did not create a list of unreached groups. Winter took the best available information related to population, religious affiliation, known church or mission work, etc. and extrapolated it globally.

Since the 70s, there have been many lists. But lists are like an airline schedule—as soon as you publish it, it’s out-of-date. He knew and often spoke about the need for people on-the-ground to clarify the situation. “We won’t know until we get a worker who knows the language and culture well enough to interpret what he/she sees.” Years ago, we wrote about this in MF. Global workers have told us about how they went to their place of service only to find out it was very different and often changing. Just this week we heard from a couple mobilizing and training workers who have reached a group that our list says is unreached.

But most people don’t know that Winter always said something else: He wasn’t interested in a list. When pushed, in order to help key leaders who argued for the need, he would give his input. He published other’s lists in MF.

Coming from Fuller’s School of World Missions (SWM), which focused on church growth at the time, Winter understood the issue of quantitative information. He had minored in statistics in his Doctoral work. He was offered a job with the RAND Corp. where he would have used his doctoral work, before deciding to go to seminary.

Perhaps most interesting was that he was the main person at the SWM faculty who could deal with the nitty-gritty details in the church growth reports that came in from all the missionary/students. And he was the main one who argued from the “numbers” side for church growth principles. He wrote one chapter in the book, Crucial Issues in Missions Today called “Quality or Quantity” in which he argued that the church growth movement was not just interested in quantity, but that quantity pointed to quality. He wrote several short articles for the Church Growth Bulletin under the title “Church Growth Calculations: Facts and Fallacies.”

Why do I mention all this? It seems clear to me that we want to use whatever information we have to give us clarity for the future. I realize that we never want to change what we are doing away from biblical truth. But I fear that at times, our interpretation of the Bible gets in the way.

But even when it doesn’t, we need to learn all we can and ask the Lord to guide what we are to do differently. Sometimes that can be as simple as realizing that we learned terminology in our languages classes that wasn’t really used by the average person. Or surveying (in a culturally appropriate way) those involved to see if they are understanding and growing.

I have found that observing—in a Sherlock Holmes kind of way, only without the theatrics or eccentricities—is a great way to evaluate and reevaluate our work. It is hard to do and is sometimes painful. But we should be open to whatever God wants to show us so we neither get caught in a numbers game or ignore what the numbers reveal.