The following is from an interview conducted with Reggie Littlejohn on May 4, 2017.

MF: Gendercide happens in many places, but you specifically focus on China. What are some of the factors that are unique to China?

So that now every couple in China is allowed to have two children. What does that mean? That means that the entire infrastructure of surveillance and coercion are still there. Women are still having quarterly pregnancy checks to make sure that they're not illegally pregnant. They can still require a waiting period between the first child and the second child. And if you get pregnant during the waiting period, you can still be subject to forced abortion. Children can still be forcibly aborted. We had some cases that came out of China last year, 2016, where women were subject to forced abortion of third children. So coercion is continuing under the Two-Child Policy.

So you say, "What's unique to China that causes genocide?" Well, when you have a coercive low birth limit—if you're only allowed to have one child, many people want to have a boy. So they will selectively abort or abandon a girl. Under the Two-Child Policy, what demographers have found is that people are willing to let nature take its course on the first child because if you have a girl, you can always try for a boy on the second child. But the family is much more likely to select for a boy on the second child if the first child was a girl. So second daughters are still very much at risk because people perceive the second child as their last chance to have a boy.

MF: You’re the president of Women’s Rights Without Frontiers (WRWF). What is the mission of WRWF, and why do you think it’s important?

RL: We are leading the movement to end forced abortion and sex-selective abortion in China, and it's important because these are the biggest women's rights issues in the world. For example, in the United States, we've had about 58 million abortions since the Roe versus Wade decision. Whereas in China, the Chinese Communist Party has boasted that they have prevented 400 million lives, mostly through abortions. That number, 400 million, is the entire population of the United States and Canada combined. So this is absolutely the biggest life issue in the world.

And it’s the biggest women's rights issue in the world because these abortions are not a woman’s choice. The Chinese government didn't release a statistic on how many of these abortions were forced. But they said that these abortions were a result of the One-Child Policy, which, to me, implies that they would not have happened other than the policy. And if they would not have happened except for the policy, then that means that they were forced. Because to me, anytime a woman has to have an abortion because of a government policy, then that's a forced abortion. If she wants the baby and she has to abort it because of a government policy, that's a forced abortion. So this is a huge women's rights issue—the biggest life issue and it's the biggest women's rights issue in the world today. We are leading the movement to end these things. 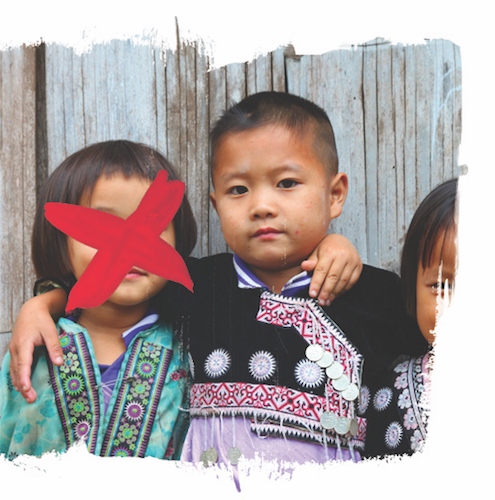 In terms of sex-selective abortion, according to one UN statistic, there are up to 200 million women and girls missing in the world today because of the sex-selective abortion of baby girls. That number, 200 million, is greater than all of the casualties of all of the wars of the 20th century. Most times, these women do not want to selectively abort their baby because she's a girl. They're pressured by their husbands and their in-laws. So, again, this is a huge women's rights issue.

MF: How does WRWF engage with these issues?

RL: We engage with these issues in two ways. First, we have an international advocacy campaign. And I have testified personally in U.S. congressional hearings eight times, the State Department a dozen times, and multiple times at parliaments in European countries. China's government denies the existence of forced abortion, but we document it and present the evidence. So we're not the favorites of the Chinese Communist Party. When I began this work in 2009, people did not even believe that China was still forcibly aborting women. People believed the Chinese propaganda machine, which said that all the abortions were voluntary. So the first thing that WRWF had to do was convince the world that this is still happening. And then, of course, we've been calling for it to end and we've had some success in that. The European Parliament and the United Nations Commission on the Status of Women have both issued statements condemning coercive population control. And the European Parliament actually passed a resolution naming China and citing a case called Feng Jianmei. She is a woman who was arrested and forcibly aborted at seven months in 2012. So that's what we do for international advocacy.

The other thing that we do is that we have a Save a Girl campaign. We have boots on the ground inside of China to save the lives of individual girls from sex-selective abortion or abandonment. We have connections through our network where through which we learn of a woman who is pregnant with a girl or had just given birth to a girl and is either planning to abort her or abandon her under pressure from her in-laws because she's a girl. We will actually go to her door and say, "Please don't abort. Please don't abandon your baby because she's a girl. She's a precious daughter. And we will give you a monthly stipend for a year to empower you to keep your daughter." And we have saved more than 200 baby girls with this program. These women don’t want to abort and abandon their daughters. They're being pressured. Again, there's a strong connection between sex-selective abortion and forced abortion.

One of my favorite stories was of a woman who was pregnant, and her mother-in-law was really pressuring her to have an ultrasound to find out if it was a girl. These selective abortions are usually late-term abortions because you have to wait until you're far enough along to see the gender of a child by ultrasound. Plus these women really drag their feet on having the ultrasound because they know that if it's a girl, they're going to get pressured to abort her. So this woman waited until, I believe, she was eight months pregnant to have this ultrasound. She found out that not only was she carrying one girl, but she was carrying twin girls. So the pressure became really intense to abort because she would be using up her entire quota in one pregnancy, and they would both be girls. And we were able to go to her door and say, "Please don't abort your baby girls. Girls are as good as boys. And we'll give you two monthly stipends for a year to help you support your daughters." And we were able to save those twin girls in that way.

MF: Do you believe sex selection should be of concern to the American church? And if so, are there any action steps that you can recommend?

And the Chinese women can't do anything about this because if you stand up against the Chinese Communist Party and say this is wrong, then you end up like the blind activist Chen Guangcheng. He was jailed and tortured and his family has been terribly persecuted because he took up a stand against the One-Child Policy. So the Bible says, "Have nothing to do with evil deeds of darkness but rather, expose them (Eph 5:11)." That's a command. It's not a suggestion. And so now that we know about this, we have a responsibility to do something about it.

If people want to help us save babies in China, they can go on my website, www.womensrightswithoutfrontiers.org. This is a way for somebody to reach their arm from their kitchen table in America all the way to the door of a woman in China and help her save her daughter.

Save the Girl Campaign
http://womensrightswithoutfrontiers.org/index.php?nav=end-gendercide-and-forced-abortion

Reggie Littlejohn is the founder and President of Women’s Rights Without Frontiers, http://www.womensrightswithoutfrontiers.org A gra.duate of Yale Law School, she is an acclaimed international expert on China’s One-Child Policy. Her organization has been called the “leading voice” in the battle to expose and oppose forced abortion and gendercide (the sex-selective abortion of baby girls) in China. Women’s Rights Without Frontiers is also saving lives in China. Their “Save a Girl” campaign finds women who are about to abort or abandon their babies because they are girls and enables them to keep their daughters by providing the family with monthly stipends for a year. They have saved hundreds of baby girls.

Reggie has testified eight times at the United States Congress, three times at the European Parliament, twice at the British, and has spoken at the Irish and Canadian Parliaments, the Hague, United Nations, State Department, White House, and the Vatican as well. She has received recognitions such as one of the “Top Ten People of 2013” by Inside the Vatican Magazine, the National Pro-Life Recognition award by Priests for Life, and being named a Public Policy Fellow at Notre Dame’s Center for Ethics and Culture.