Reviving the Church’s Vision for the Final Frontiers

A Look Back at How the Perspectives Course Got Started

By 1994 over 22,000 people had completed the Perspectives Study Program. Today, over 148,000 have and as a result have impacted churches and unreached peoples worldwide. The nature of the course is the primary reason for its hard-hitting effect. Perspectives is not simply an academic course designed to help mission-minded folks learn more about missions. Rather, this course has helped open the eyes of people from all walks of life to what God is doing globally. 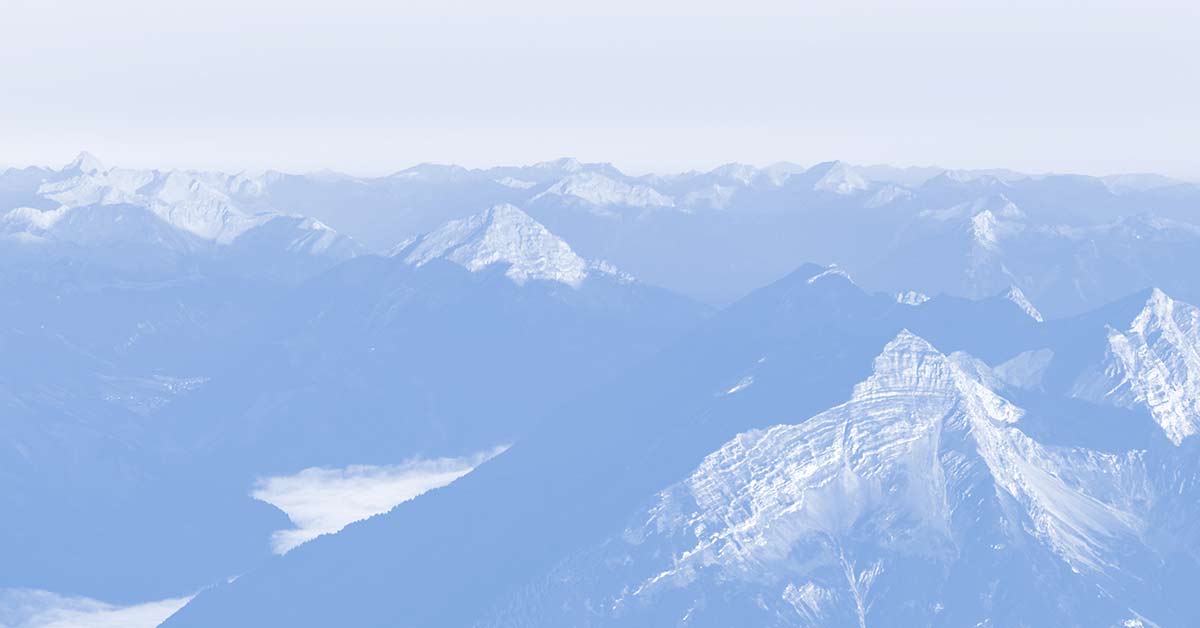 This program, which examines four major concerns or perspectives is brought to life by the speakers. Each class offers new insight with a different top missions leader and thinker. These teachers offer insight on their area of expertise as well as practical resources for further exploration. The course is divided into four sections: the Biblical, Historical, Cultural and Strategic perspectives on missions.

How it all began —

By now the question arises of just how Perspectives got its start. To answer that requires us to go back a few years...

As a student, Ralph Winter had attended the first “Urbana” student mission convention (held at Toronto that first year) in 1946. Increasing annually from 1,000 that first year to over 10,000 students in attendence in 1970, student interest in missions was quickened. But during the 1960s their commitment to missions sagged.

Suddenly, however, in 1973 that trend seemed to reverse when 28% of the students attending the Urbana Student Missionary Convention committed themselves to be missionaries if God so desired—a big leap from 8% at the previous convention in 1970!

Three weeks after this sudden reversal, in January of 1974, Winter, then a professor at the Fuller School of World Mission, became concerned that when these zealous young people returned to their campuses and homes, they would lose their commitment for lack of any further understanding of missions. He also wondered if this shift might indicate the beginnings of another student missions movement. Would it die because the Church had no way to educate and mobilize these young people?

He talked to InterVarsity—which had never released the names and addresses of those signing the commitment cards. He met with a group of Wheaton mission executives, along with David Howard who represented IVCF, then decided to go ahead with a “Summer Institute of International Studies” the coming summer.

The next months were busy ones for Winter and his two college-age daughters, who before 8 a.m. each morning called Urbana commitment signers, inviting them to this new missions course. Thirty came for nine weeks to Wheaton College in Wheaton, IL. The course was not easy; indeed they received 4 units of credit, transferable even to secular schools. Thus, what is now called the Perspectives Study Program was born. 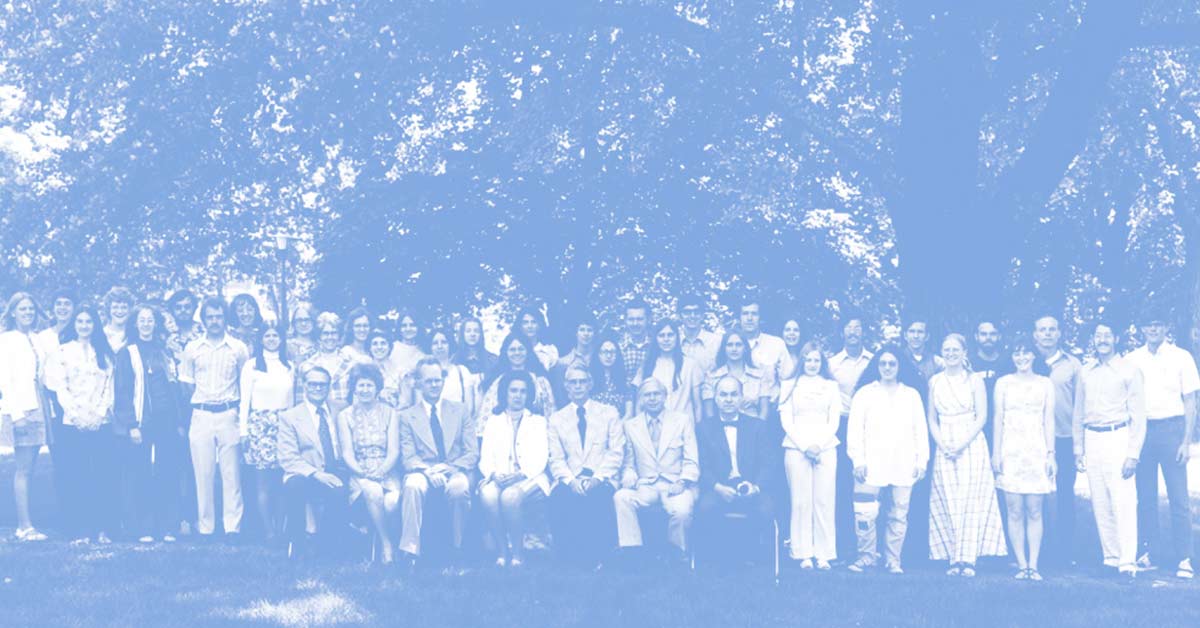 Because it was too late to get any professor for the entire summer, Dr. Winter asked for one week commitments from a number of professors. This pattern of exposing the students to many experienced missionary professors and executives proved to be so effective that it has been followed since then, with each professor presently teaching only one three-hour session. Besides what they learned in class, the daily contact through prayer, over-the-meal-table conversations with well-known missionary greats literally changed the lives of those students. The second summer, many of those early alumni returned, bringing others with them. Two brought ten each, and a couple from Boston led a caravan of 20 students. Within a few years, with the cooperation of Campus Crusade, Navigators and InterVarsity, the enrollment jumped to 250! Then, problems arose because one or two on the board thought it might be best to not grow so quickly but rather to set up a model program of just a few students. Their influence on the board and enrollment was like water on fire. Within two years, enrollment had fallen to 50, then 25. By 1977, there were only 15 students registered, and it appeared that the class would have to be cancelled due to costs. 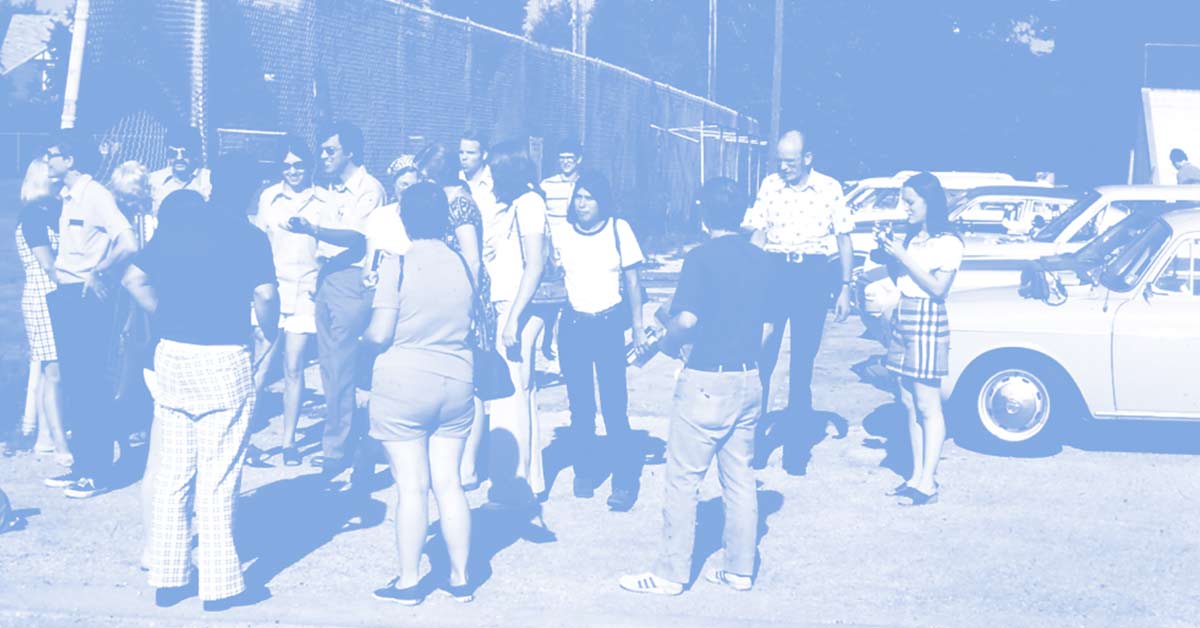 For several years, Dr. Winter had deliberately kept hands off. Now that the course seemed on the verge of expiring, he offered to once again shoulder the responsibility and moved the class to the newly founded U.S. Center for World Mission (USCWM now Frontier Ventures) campus in Pasadena, CA. Once again, the IIS alumni who had joined Winter there took charge of student recruitment, and in four weeks 35 had enrolled, a sufficient number to break even. Within a few years the course began to be offered both in the spring and fall, and the name was changed to the Institute of International Studies (IIS), dropping the word "Summer." The course load was also modified to grant 3 units of transferable college or seminary credit, as well as an audit option for those who did not want the units.

The question remained, however, of how to get this powerful program to students and others who could not afford to leave their classes or work to come to California for a semester. What about taking the class to them? By 1979, it had been taught in several places: Erskin College, U of Colo. at Boulder, etc. In 1980 Jay and Olgy Gary coordinated the first official extension course at the University of Pennsylvania.

By 1981, the outside readings for the class were gathered in book form with the help of Steve Hawthorne and others. And in 1983, workshops to train coordinators began on the Center campus. Finally, in 1986, the name IIS changed to Perspectives Study Program (PSP).

Since changing its name, the annual teaching locations for Perspectives in the U.S. have continued to expand. In 1994 there were 80. Now, in 2016, there are 248 classes, as well as a rapidly growing number in several countries around the world. Coordinators in these extension locations line up teachers and train new coordinators for other locations as well as help Perspectives alumni find ways to put their knowledge into practice.

The outstanding feature of the Coordinator workshops and Perspectives classes is that they no longer just attract students. Missions pastors, retired persons, and active lay persons now participate as well.

As larger numbers of people take the Perspectives course and then share their experience with others, the classes are seeing steady growth and the extension offices are having to expand in response.

The Growth and Impact of Perspectives

·       Translation of the curriculum has been completed in seven languages, with two more in progress.

·       The Perspectives Reader was written by more than 150 mission scholars and practitioners and is now in its 4th edition. The estimated number of copies sold is 275,000.  Outside the Perspectives course, the reader is also used in many different Bible colleges and seminaries.

·       This year close to 1,000 students have or will take the class online.  Many of these students are from countries outside the U.S.

·       It’s a grass roots movement with thousands of trained volunteer coordinators in 13 regions with hundreds of active instructors.

·       Many top mission agencies that are focused on reaching unreached peoples report that large percentages of their staff are Perspectives alumni. Reports range from 20% to 80%.

The Impact on Students

Our research shows that as a result of taking Perspectives:

·       61% of Perspective students increased their giving to mission agencies after taking the class.

·       23% increased their involvement with the international community at home.

·       We’ve identified that only about 20% of the people when they start the class feel like they have a strong understanding of the importance of living a strategic lifestyle.  After taking Perspectives that number goes to 82%.

If you would like more information on the Perspectives on the World Christian Movement Course, please go to http://www.perspectives.org .

Ralph Winter has significantly shaped the priorities and practice of many mission agencies and even more local churches around the world. One of the well-known avenues of influence for Winter’s ideas has been the Perspectives course.

What is often overlooked about Ralph Winter’s invention of the Perspectives course is the audience that he was aiming for. Winter was determined to make advanced missiology available and meaningful to university students and lay people. By the time he first experimented with the course, he had already re-shaped field approaches to education for ordained pastors with what came to be known as Theological Education by Extension (TEE). Once the initial content of the Perspectives course had taken shape, Winter insisted that it be refined and simplified in order to multiply as an extension course. He did this in order to influence the life purpose, not of ordained clergy, but of university students and lay people.

It may seem incredible to us now, but during the sixties and seventies, missions was commonly presented as an all-or-nothing issue for evangelicals. The mission decision seemed simple: Either God was calling me to a high calling of being a missionary overseas, or God was calling me merely to support missionaries by giving and praying. The Perspectives course introduced the amazing notion that God was calling every Christian to live with the same level of commitment, fulfilling diverse but nonetheless critically significant roles in pursuit of one great global purpose.

Winter made advanced missiology not only available, but even necessary, if one was going to live faithfully and strategically for God’s purposes. He often used this audacious statement to enlist students: “Every major decision you make will be faulty until you see the whole world as God sees it.” It had become traditional to honor missionaries for their uncommon dedication. Winter introduced the idea that it was every bit as important to be strategically aware and historically informed as it was to have a high level of personal commitment.

God’s Story is Our Mandate: Our Task as a Crucial Part of History

Another significant contribution of Winter was to frame the mission mandate as a long, unfolding story of God working with His people to fulfill His purposes on earth. For years before the course was first developed, Ralph Winter had been teaching the history of the advance of the Christian movement at Fuller’s School of World Mission (SWM). The four sections of the course (Biblical, Historical, Cultural and Strategic) were drawn from four of the five core courses of Fuller’s SWM. His approach to integrating the ongoing story of mission advance was to blend insights from social sciences with the powerful theological idea that God was steadily at work to advance His mission even when His people were disobedient. The biblical portion of the course traced the story from Abraham to the present day. The sense of being in a larger drama, filled with precedents and pressing toward a culmination, has brought a sense of destiny, clarity and urgency to our task in the present hour.

The Growth Of Perspectives

Perspectives USA at a Glance 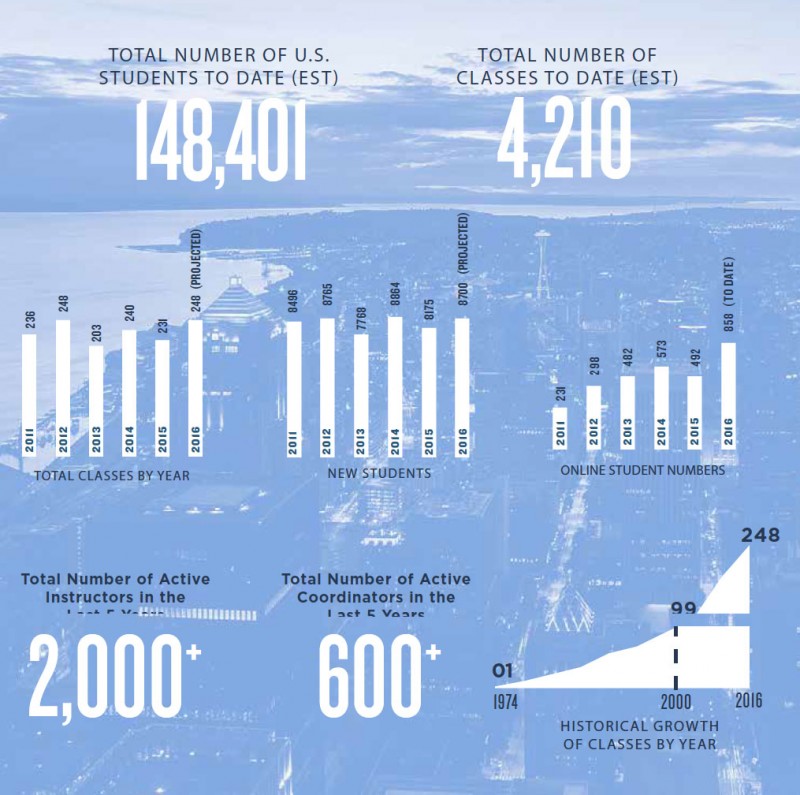 What is this about ? Pastor navin yadav Bangalore