From creation to about the time of the Gutenberg press, communication was primarily oral in nature; writing systems took time to develop, and technology for mass printing had not yet arrived. In the fifteenth century the Gutenberg press allowed printing en masse; this, coupled with the Reformation, was where the church enthusiastically declared that everyone should be able to read and fueled the trend toward reading, literacy, and privacy.1 Memory (community and social memory), which was at the core of society, got outsourced to the containers of paper and filing cabinets.

Oral cultures value face-to-face communication, in context, and living within the “story” of the community. The literate world communicates through textual means and often is not able to convey the whole context in a communiqué. The textual “story” is truncated or emptied of meaning. As we enter the digital culture, one that is defined by collaborating with multimodal content and tasks, strangely we are on a converging trajectory with the oral culture.

Academicians are now labeling the time span from the fifteenth to the twentieth century the Gutenberg Parenthesis as a period when the left side of the brain took over and gave birth to sciences, inventions, and philosophies, but in so doing relieved the right-side brain of its active engagement in creativity.2 Today, more than a decade into the twenty-first century, captured images, reality entertainment, social media, and online video gaming actually closely resemble the pre-Gutenberg era, when the right side of the brain was much more in unison with the left side. Thus, the period that commenced with the Gutenberg press and closed with the development of digital platforms has been labeled the Gutenberg Parenthesis. The result is once again a more holistic approach to society and tasks, thereby recapturing creativity, collaboration, and community. 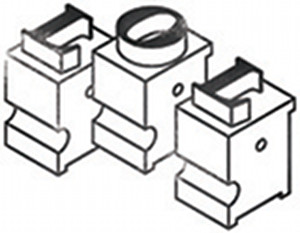 In oral cultures, the information is local and always rooted in context and history, so that there is meaning with coherence to the community. In digital culture, like that of Facebook postings, the emphasis is on morphing the private and individual into open, specific, contextual, and communal experiences, albeit at a distance.

This form of communal experience with a digital identity and digital narrative imbedded into social networking is reinforced by the F-Factor—fans, friends, and followers. So pervasive is this practice that we often discover products and services by relying on our social networks. We are conscious of how our postings will be rated. We are constantly seeking feedback both to improve and validate decisions. Our social networks (communities) are often buying together, and our digital communities are themselves becoming products and services. The F-Factor created a closing parenthesis to the Gutenberg Press, period!

Rushing to label the twenty-first century, Jonah Sachs3 argues that a new period has begun; he characterizes it with the word “digitoral”—a combination of the words “digit” and “oral.” Sachs contends that in oral traditions, “ideas begin in the mind of a creator, but their path to their audience is far less prescriptive. Instead of being processed through an elite device that replicates and delivers them directly, orally transmitted ideas must replicate themselves, passing from the mind of one listener to the next.”4 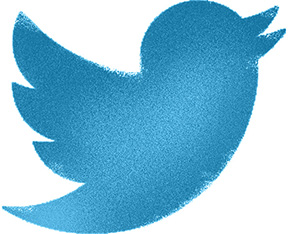 Sachs captures the meaning of digitoral well in the context of social networks, where the messages sent through social media may be adjusted, tossed, twisted, rated, commented upon, shared, and perpetuated. Similar to the pre- Gutenberg era when societies and communities were primarily oral, “ideas today are never fixed; they’re owned and modified by everyone. They move through networks at the will of their members and without that activity, they die.”5 Hence, the digitoral era is conceived.

A Journey into Renewal and Innovation

Walter Ong provided an invaluable contribution to the study of orality in his seminal book: Orality and Literacy: The Technologizing of the Word.6 He makes a distinction between “primary orality,” which exists where there is no written language or little appreciation for or contact with writing, and “secondary orality,” a technologized form of orality that is delivered by electronic media and which depends on writing and print for its existence. Secondary orality has been of special interest because of its impact on people who are well educated but prefer to use electronic media as a way of gaining access to such familiar oral art forms as music, song, and storytelling, whether in audio or video forms. Non-readers also are influenced by secondary orality. Thus, there exists a continuum of culture and learning preferences from exclusively oral to highly textual/digital; approximately 80% of the population within that continuum has a strong preference for oral methods of learning and communicating. We refer to this 80% of the world’s population as “oral preference learners.”8

The Church can be described as a large social network and in her book, The Great Emergence, Phyllis Tickle has suggested that it is experiencing what amounts to a large rummage sale, one that happens every five hundred years. In the midst of the convergence of oral, literate, and digital culture, coupled with online digital identity and narrative, and further combined with the phenomena of the Gutenberg Parenthesis, what does the Church have to say and how do we move forward in this very fluid state with oral preference learners in our midst? 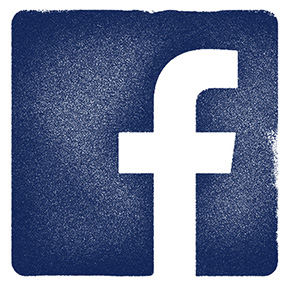 With the hard close of the Gutenberg Parenthesis and the onset of the digitoral era, we continue with the long-term residual effects of the print-based culture, and we are rediscovering the ancient keys to the oral cultures that are infused with visual digital effects.

At the beginning of the third millennium, this is a defining moment for us to understand the oral preference learners of this century, and to explore the digitoral galaxy as we reach UUPGs (Unreached Unengaged People Groups), plant churches, make disciples, engage public squares, reshape missions, and learn together!

While I am thoroughly enjoying the current Mission Frontiers issue on Orality, I think the concept “Gutenberg Parenthesis” may be a little overstated.  Recognizing the Gutenberg era as a necessary step in our progress might be a little more accurate.

When I read a paragraph and encounter a parenthesis, I expect info which expands (and clarifies) the subject matter, but if it were omitted it would not greatly reduce the value of the information.  I worry about any train of thought which would lead us to believe that the literature of the past 500 years is a parenthesis which could be omitted.

Note where the Church was at the end of the “Orality Period”.  totally ignorant of salvation by grace but loaded with info about penance, purgatory, indulgences and the authority of Rome.  What doctrinal issue was settled during the Orality Period of the Church?  Some might point to the doctrine of the Trinity.  However, we have volumes of literature from the Church Fathers written during that period of time which causes me to wonder if the period of Orality might be more on the order of 1000 – 1200 years.

Reaching farther back to the book of Exodus, God’s people in Egypt had nothing more than a collection of stories and Joseph’s sarcophagus to tell them where they came from.  By the time Moses passed from the scene, the Pentateuch had laid a foundation for the remainder of the Old Testament, give humanity the Ten Commandments and provide a rich storehouse from which Jesus would draw many of his sermons, teachings and lessons.

Reaching outside the family of faith, there are many who would tell us that the civilization of the Arab world was light years ahead of Western Europe during the time leading up to Gutenberg.  That situation was totally turned around with the production of Bibles, written and printed in the languages of the people.

Keeping a balance, let’s recognize and embrace the energy of Storying to help us finish the task of World Evangelism but continue to value the written data to keep us honest. Another way of looking at this in 2013 is that Orality is a strong engine to power the Church down the final stretch of the Great Commission but well produced literature will serve as a steering wheel to keep us on the right track.

Thank you Ken for your thoughtful reply and comments.  Rediscovering the ancient key of story-telling, we have an anchor in the written Scripture, and now in the digitoral era, we have a further anchor in audio Scripture.  We press onward in the Great Commission.

Samuel Chiang is the Executive Director of the International Orality Network. Samuel serves the Church through writing, discipling, and exploring implementable orality strategies. He is a graduate of Dallas Seminary where he also served on staff. He and his wife Roberta have lived in Hong Kong for 22 years; they have three Gen Y children. You may contact the author by email at .(JavaScript must be enabled to view this email address)