Popular Paths That Do Not Lead to Local Sustainability

The legal implications are rather straight forward.  This has to do with whether the laws controlling charitable giving are being followed as required by governments.  Is the advertising used to raise the funds accurate?  Are the funds received being used for the purpose for which they were designated?  Willful breaking of government laws can have dire consequences for those who knowingly break them.  One has only to look back over the past four or five decades to see how news headlines have brought down televangelists who have not followed government rulings.  Christian leaders should have a higher standard than the laws of government.  Unfortunately, too often Christians have drifted into questionable practices that have given the church a bad reputation.  But the main purpose of this article is not about how Christian organizations have been breaking government regulations.  Rather, it is to deal with the principles of common missionary standards.  It is in this way that funds are being misused, even if government rules may not be broken. 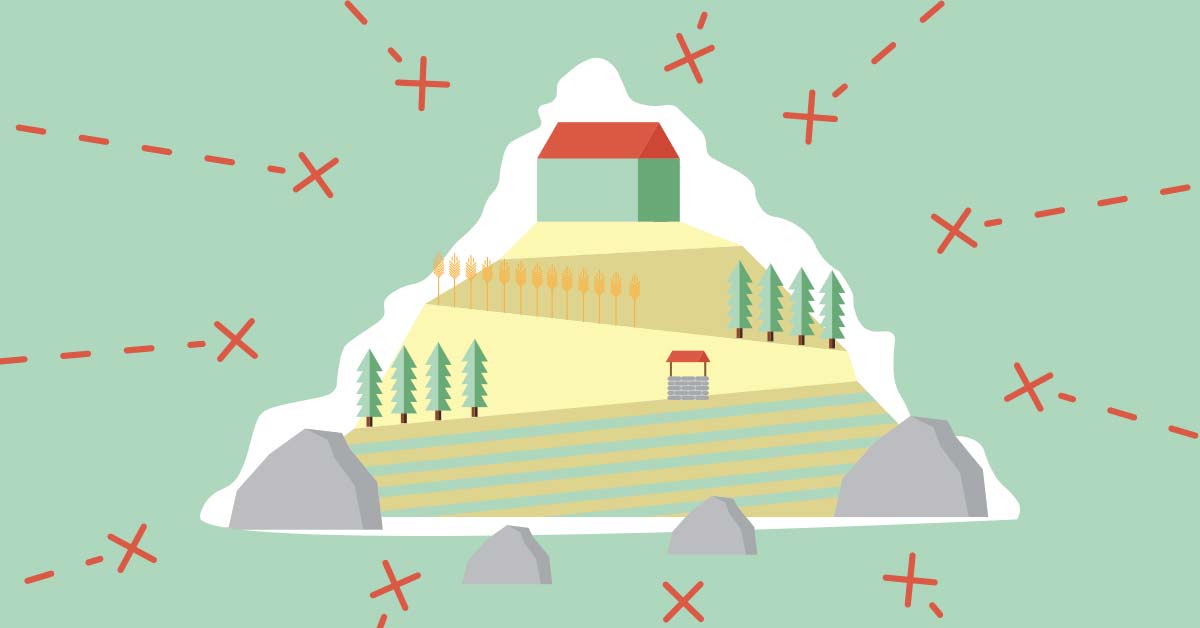 When looking at the missiological implications, it becomes apparent that this might well be the more significant issue regarding the management of kingdom resources.  For example, it is conceivable that all the rules that the government lays down are followed to their satisfaction.  But in missiological terms, it might mean that a significant amount of funding is being used in ways that violate sound kingdom principles.  In my writings elsewhere, I have explained the distinction between using missionary resources to either gather recruits or dependents.  That makes a huge difference in how funding for missionary outreach is used.  I will now give several examples of how missiological principles can be ignored in the use of funding.

First, one of the more popular ways that missiological rules are broken today is to promote using outside funding to pay local pastors and other church leaders.  This idea is very attractive as we are told that for only 50 dollars a month a pastor or evangelist can take the place of a western missionary.  While that seems to make economic sense, it violates the cardinal principle which is that indigenous churches should be self-supporting.  I learned recently that in one church in Asia, all the adults of a congregation were appointed as pastors or evangelists, and in that way they all qualified to receive funding from overseas to pay their salaries.   All the adults in the congregation were deputized!

What are the implications of following the self-supporting rule?  Think of what happened to the Christian movement in China when the bamboo curtain fell into place.  Because the missionaries promoted the principles of self-support, the church in China did not stop growing when outside support was cut off.  A church of about a million adherents in 1951 grew to fifty million in about thirty years, and much more since then.  Imagine what would have happened to the Church in China if western funding would have been used to pay local pastors.  Fortunately, the early missionaries to China had the foresight to refrain from “supporting nationals,” even at 50 dollars a month.  Some may say that the Christian movement could be completely stopped if outside funding were cut off.  There is ample evidence that outside funding is not the secret to continuing support of the church.  In reality, sometimes the church is awakened to its true responsibility and privilege when outside funding is cut off for one reason or another.  China is a class A example!

Those who insist on using outside funding to pay local pastors and other church leaders may be making themselves indispensable in the spread of the gospel.  It may take a fresh new look at how the gospel is being presented to overcome this faulty notion.  It bears some reflection on the quality of the faith experience when the Christian movement ends when outside support is taken away.

A second popular way that western funding is used to support mission churches is through the influx of short-term teams who use their labor and other resources to do for people what they could do or should do for themselves.  Much has been said or written recently on the pros and cons of short-term missions, but there is still a considerable use of outside funding and personnel used in this way in modern missions.  This kind of unhealthy dependency should be challenged by anyone who believes that it is the privilege of local people to build their own church buildings and support their own pastors.[1]

The phenomenon of short-term missions needs to be challenged on another level.  Short-termers need to be reminded that when they do for others what they can or should do for themselves, they may well be affecting the dignity and self-respect of those who should have full ownership of their own churches or other projects.

A third way that outside funding is being used has to do with income-generating projects which replace tithes and offerings.  Several years ago, I was walking down the street of a large central African city with two African bishops who were struggling with a major overdraft in their denominational budget.  They were behind by the equivalent of a million US dollars in their operations.  As we walked along, we passed a plot of land which their church owned, but which was not producing any income.  Adjacent to this plot of land they had a guesthouse which fortunately was earning its own way without having to be subsidized by the church.  I listened as they talked about what could be done with that sizable plot of land.  One bishop suggested that if they just built some flats (apartments) on that vacant land, the church would have enough income to balance their budget.  With their budget already in arrears it was unlikely that they would be able to get the needed funding for building the flats from the people in their church.  So the natural idea was to turn to the denomination overseas and ask for funds (given for missions) to be used to build the income-generating flats.

Now think of the implications.  Funds given overseas for evangelizing the unreached were being diverted to a place where the church needs an income-generating project to sustain itself.  Something is wrong with this picture.

Over the years of colonial rule in central Africa, outsiders such as western missionaries have often created income-generating projects such as bakeries, housing flats, bookstores or farms to increase the church’s income.  One church in Zimbabwe began a bookstore in which hundreds of thousands of dollars of profit each year were used to support church leaders’ salaries and other needs.  As economic trends changed, the profit they were earning went lower and lower to the point where the bookstore began to look to the church to cover its operating losses.  Now the business is not subsidizing the church, but the church is being asked to subsidize the business.

Each of the illustrations or categories above includes assumptions that should be examined from time to time.  One of those assumptions is that people are too poor to give tithes and offerings.  There is ample evidence today to show that this can be a fallacy in many places.  In fact, it can be shown that when believers— even those who are not wealthy— begin to make giving back to God a priority, they discover local resources which they did not know were available to them.   Sadly sometimes the outside resources, given by well-meaning people from far away, have blinded believers to their own resources close at hand.  Those who think they are doing churches a favor by paying their pastors or building their buildings with outside funding may be taking away the privilege that rightfully belongs to those believers who have been introduced to the gospel.

A rule of thumb to which I adhere is that the church is meant to operate on tithes and offerings.  Businesses are meant to operate on profit and loss.  When believers pay their tithes and offerings, the church gets legitimate income and is not competing with businesses that the members might be running.  Furthermore, the church should always ensure that funds given for evangelizing the world are not being used to cover losses in a poorly managed church-run business.  Church-run businesses are one of those paths that should be examined to ensure that it does not draw the church away from its primary intent and purpose.

I welcome interaction with those who are interested in issues such as these.  For further information, see http://www.glennschwartzministry.com  or www.wmausa.org.  I can be reached at the following email address: [email protected].

[1] In my book When Charity Destroys Dignity: Overcoming Unhealthy Dependency in the Christian Movement, chapter 18 has an in-depth treatment of the pros and cons of short-term missions.

“A rule of thumb to which I adhere is that the church is meant to operate on tithes and offerings.” I don’t know of any “offerings” taken in the NT to benefit ministry for the “givers”. 2 Cor. 8 & 9, the giving chapters of the Bible were written to bring in gifts from Corinth to go to the needs in Jerusalem. The promise in Phil 4:19 “And my God will supply every need of yours according to his riches in glory in Christ Jesus” is given to the Philippians for helping Paul when he was in Thessalonica. When church operations are driven from the offering, they will hire a professional to “teach” in perpetual dependency mode and in strict one-way communication. No one is “fully trained” to “be like” his teacher. Luke 6:40. The hired teacher will never “entrust” his work to “faithful men who will teach others also.” 2Tim. 2:1,2.  This lecture mode is the exact opposite specified for “habit of meeting” believers are “not to forsake”, Hebrews 10:24,25.

The same way that the sending church shouldn’t exchange sending their missionaries for paying $50/month to local workers, one cannot deny that the local expression needs a transitional discipleship on the pathway to financial sustainability. Meaning, I can fully appreciate the expectation of locals supporting their own churches through their own tithes and offerings. However, without a work of coaching local believers to generate their own resources, they will never dispose of enough income to make relevant contributions that are needed to foster the work of reaching their communities and cities.

Movements like the Chinese example, which is what we seek to see happening amongst the unreached, require helping believers to develop themselves professionally and economically. The message of the Gospel once it empowers self-multiplying groups, needs to champion business, health and education leaders so that self-sufficiency can be achieved.  Only then tithes and offerings of a local movement will be truly used for reaching the unevangelized.