In my bumbling attempts to homeschool our growing brood of children, we had “read aloud” time after lunch daily. Missionary biographies offered windows into history, and grew our faith. Prayer figured prominently in these lives. Praying with my children for the world impacted my heart. I longed for the faith of these missionaries. Step by step, God opened doors to the world for our family. 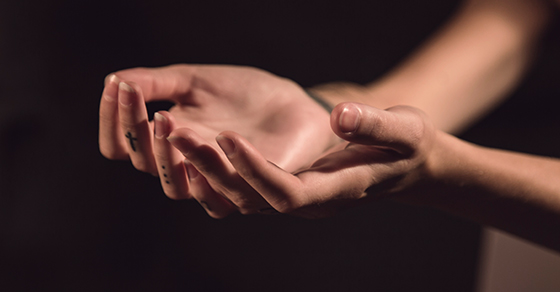 After several mission adventures, a dream about a country of which I’d never heard led us to the Himalayas. God awakened desires in us, and as we prayed He walked us into His plan. Prayer became not a laundry list of needs expressed, but a dialogue with God on a journey of faith. Bible reading became a rich part of our interaction. And as our family began to serve the Lord in an unfamiliar, hostile context, I discovered a deeper and more desperate need for God’s presence, strength, and provision.

This restricted access nation and its peoples seemed much like Jericho—a walled city shut tight, with no one going out or coming in. Impossible! Yet God miraculously opened doors to make our home nearby. It was not by might or power but by His Spirit! We formulated a key ingredient in extraordinary prayer for our context: we recruited a prayer team to join hands with us through every challenge and opportunity.

Communication was the glue of our relationships with these intercessors. Our daily family routine included praise, worship and prayer as we watched to see what God would do, taking steps of faith as He showed us.

Give and It Shall Be Given

Of the thirty-five churches in our village, few cooperated. Gossip and a spirit of offense characterized relationships. With two other expat families, we prayed for breakthroughs. God planted an idea in our hearts: disunity was the main hindrance to the move of God’s hand among these UPGs. We were to host a pastors’ prayer breakfast and honor their service in such a difficult area. We invited several of the pastors to pray at the breakfast. As the first pastor stood and prayed, the Spirit moved him to weep in repentance.

One by one, the pastors responded to God’s gentle conviction. Repentance became the norm for these pastors. As a result, several of them continued meeting monthly for prayer and encouragement. Prayer, generosity and obeying God removed a major barrier to the launch of movements among these UPGs.

A Little Child Shall Lead

As a homeschool mom of eight, I constantly juggled competing demands. If I began my day seeking God’s face first, the day would be amazingly fruitful and I’d have wonderful peace. Conversely, if I rushed into the day, I never seemed to have enough of anything, including patience. At first, my contribution to ministry was to intentionally reproduce prayer, hospitality, and encouragement. One of my earliest equipping opportunities was to facilitate a training on reproducible intercession. I realized early on that unless we modeled what we wanted to train others in, we were not modeling obedience.

Outside my comfort zone and beyond my limits I learned to lean on God in prayer. When I offered Him my “little boy’s lunch,” He blessed it and made it more than enough. Desperation drove me deeper into God’s presence and God met us there. Prayer was integral to the fabric of the movement that God launched among these UPGs, not something we tacked on. Our standard method of operation was pray and obey. We modeled that to our local partners, and it became part of their DNA as well. God gave the strategies and empowered us to execute them in His time, in His way, with His resources. Ordinary men and women, that’s true; but we serve an extraordinary God for whom nothing is impossible!

Liz, though we have only met several times, I remember our interactions and the challenge by your experiences to pray.  Reading this article reminded me again of you and your ministry.  THANK YOU LIZ for your faithfulness to our Lord and your teaching and training to encourage others.  Blessings in this new year. Beverly McCaskill

For 30+ years, Liz Adleta and her family served under Global Christian Network, Inc. From 1995, they focused on the Buddhist world, during which time Liz spearheaded the Billion Hours prayer project. Through cutting-edge tools, training in prayer, church planting, discipleship, & micro-enterprise, teamwork, and community transformation, God ignited rapidly-multiplying Church Planting Movements. In 2004, they began working with the Ethne movement (http://www.ethne.net ) to focus on the 7,000+ unreached groups. Liz served on the steering committees of numerous partnerships including Ethnê, co-facilitated its prayer workgroup and now serves its Ephesus Global Support Team and the Fellowship of Prayer Strategists. Email .(JavaScript must be enabled to view this email address) to join hands.