This is an article from the March-April 2012 issue: Is The Family God’s Prime Mission Strategy For World Evangelization?

THE FOLLOWING STORY IS EXCERPTED FROM THE BOOK, THE FOUNDERS OF THE INDIAN CHURCH BY DR. DONALD MCGAVRAN PUBLISHED IN 1937, THE TRUE STORY PRESENTED HERE ILLUSTRATES THE POWER OF STAYING WITHIN THE COMMUNITY OF YOUR BIRTH TO REACH YOUR FAMILY.

The Story of Ditt

There once was a man named Ditt who lived in the land of the Punjab in India. The Hindus called him an Untouchable. He was short, dark, and lame. He was a laborer in the village and also bought and sold hides. He was in good standing in the Chuhras caste there.

One day Ditt heard about Jesus Christ, the Savior. He heard of how Jesus Christ, the Sinless Incarnation of God, had gone about doing good, had given men wonderful teaching, and had died on the Cross that men might obtain salvation. Ditt said, “I want that kind of Lord, One who loves sinners and saves them from sin and ignorance and teaches them the truth about God. I want a religion in which there is no caste, where we Chuhras will learn that we are men every bit as good as Brahmans and Thakurs.” Ditt set to work at once, before seeing any padre or preacher, to learn about the Christian religion. He visited a nearby Christian, and from him learned the Ten Commands, the Apostles Creed and the Lord’s Prayer. He committed them to memory. Then he walked 25 miles to the Mission House in Sialkot and said to the padre there, “I wish to be baptized.” 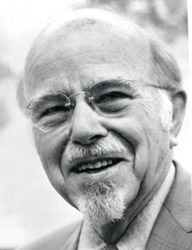 The padre said to him, “Stay here in Sialkot for a few months. Attend church. Learn further. Then I will baptize you.” But Ditt said, “Sir, I already know all that you require for baptism, I cannot stay. I have my work to do. My family is expecting me to return. Please baptize me now.”

The padre examined him again, and finding that Ditt really did know the Commands and the Creed and the Prayer, baptized him. He then said to him, “You are a new Christian. If you go back to your village, people will laugh at you, and persecute you, and put you out of caste. You had better stay here with us. We shall give you a job and you can earn your living here. Bring your wife here and she too will become a Christian.”

But Ditt said immediately, “No, Padre Sahib, I must go back to my village. I have not abandoned my people. I still love them. I am not a coward to run away and become a Christian. I did not become a Christian for a job. I have my work. I shall go back and bring all my people to Christ, that they too may be saved.”

So the Padre had prayer with him, and asked God to bless Ditt and strengthen him and make him a good Christian, and help him to bring all his people into salvation.

Ditt had five brothers living in Shahbdike with him. They and their families numbered sixty persons. All these people were angry with Ditt when he returned as a Christian. They shouted at him, saying, “You are ruined. You have disgraced us. You are a fool. You cannot eat or drink with us. You cannot sit in our panchayat. You cannot smoke with us.” They abused him and ridiculed him. His wife refused to cook for him or to eat with him. The village landlord refused to give him any work. The money lender said, “Since you are a Christian I will not loan you any more money.”

But Ditt remained firm in his new faith. To his brothers he replied, “I am not ruined. Instead, I have found a Savior who will benefit me and you as well, when you too obey Him.” To his wife he was kindly, and did not abuse her for refusing to cook his food. This surprised his wife very much.” To the landlord he was respectful, more respectful than before, and said, “Sir, I will do your work faithfully and well. What difference does it make to you that I have begun to worship Jesus Christ?” After about a month the landlord gave Ditt a bit of work to do. Ditt did it so well that after that the landlord gave him work regularly. At the end of the year, when the money lender refused to give the Christian any money, the landlord gave him a loan. Thus Ditt remained with his people and refused to consider himself an enemy or an outcast. He said, “What I have will benefit all my people.”

A few days after his baptism, when his wife was scolding him for becoming a Christian, he said, “Listen to these words of God. Are they not wonderful? Why don’t you learn them too?” His wife answered, “I? I cannot learn. I am a woman.” Ditt replied, “Christ gives women power to learn. Repeat these words over together with me and you will learn them.” They repeated the words of the Lord’s Prayer over forty times and Ditt’s wife to her surprise found that she too could say the Lord’s Prayer. Then she listened with great attention to the stories of the great and wonderful works of the Lord Jesus, and of His death on the Cross for sinners. She decided to give her heart to Jesus Christ. Ditt’s daughter too decided to become a Christian and the man and wife living in the next house learned the Lord’s Prayer, the Ten Commands and the Creed with the wife and daughter. They too were soon ready to become Christians. Three months from the date of Ditt’s baptism these four people walked 25 miles to Sialkot and were baptized and then walked back to their village.

Now the whole village was aroused. Five people had become Christians. People asked Ditt, “What did you get for becoming a Christian? Money, legal help, a loan?” Ditt answered them clearly, saying, “Whoever changes his religion for money is a rascal. I work as I did before. I live in my old home. I have received nothing from the Christians but the true religion, a religion in which there is no idol worship, no worship of the Brahmans, and no castes. I now have a Bible which tells us that there are no high caste and no low caste, but all are equal in the sight of God, and all are brothers here on earth. This is the true religion. I have found the true religion, therefore I have become a Christian.” This testimony greatly impressed his relatives. Four men started to come and learn Christian truth from Ditt and his family. Six months from the date of Ditt’s baptism he took four men to Sialkot for baptism. There were now nine Christians in Shahabdike Village. The padre visited the village now. While the padre was there Ditt was able to convince many others of the truth of the Christian religion. All these Christians continued to live in their village and to do the work they formerly were doing.

Part of Ditt’s work was buying and selling hides. He had to travel around to many villages. Wherever he went he said to the Chuhras, “My friends, we Chuhras must find a way out of our sin and ignorance. Our present religion tells us that we are untouchables. It keeps us ignorant. We have no Savior. The Lord Jesus Christ came to save just such people as we are, save them from sin and from ignorance, and to make it possible for them to live a good life and go to heaven. All Chuhras ought to accept the Lord Jesus Christ.” Chuhras would object, saying, “If we become Christians, we shall lose our relatives.” Ditt would say to them, “Not at all. Look at me. I became a Christian, and while it is true that for a few weeks people were angry with me, first my wife and then my neighbors and relatives have become Christian. Within a few years all of my relatives will be Christians. Because this is the true religion, everyone will become Christian. You become a Christian and others will follow.” Hearing this many Chuhras in many villages started to become Christians. Eleven years after the conversion of Ditt, 500 Chuhras were received in the church. By 1900 over half of the Chuhras in Sialkot District had become Christian and by 1915 all except a few hundred of the Chuhras had become Christians.

Thus Ditt’s example caused 100,000 people to become Christians. He led them out of darkness into light, out of slavery into freedom.

Hearing of the people who were becoming Christian in Sialkot District, other Chuhras in the Punjab became Christians, so that in the 1930s in the Punjab there were 450,000 Christians and the number is growing rapidly year by year. Recently, all the Chuhras of the Sialkot District have started to raise money to build a great church to the memory of Ditt, the man who was used by God to bring salvation to all the Chuhras. His memory is held sacred.