Introducing the Pray for the 31 Prayer Guide

On March 21, 2018, someone who had been studying the new idea of Frontier People Groups (FPGs) mentioned to a few prayer leaders the surprising discovery that half the population of all FPGs lives in just 31 people groups with populations of ten million or more.

“Thirty-one is a good number for a prayer guide,” someone observed. Prayer led to quick consensus, then further prayer and sustained collaboration in developing such a prayer guide.

Forty days later, to the day, volunteers had integrated feedback from a variety of prayer and mission leaders and sent to the printer the first edition of a prayer guide for the 31 largest Frontier People Groups.

Global interest was immediate and long before this first edition was back from the printer, volunteers were busily translating it into a half-dozen or more languages.

In subsequent months, a major revision and expansion were completed to form the prayer guide showcased here. To get the latest electronic copy, print copies, or to inquire about translations, visit Go31.org. 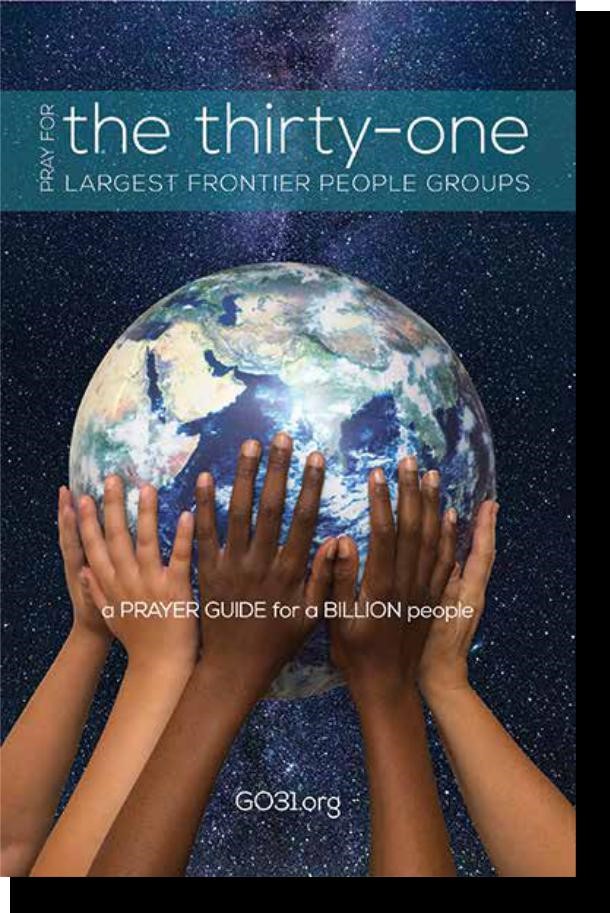 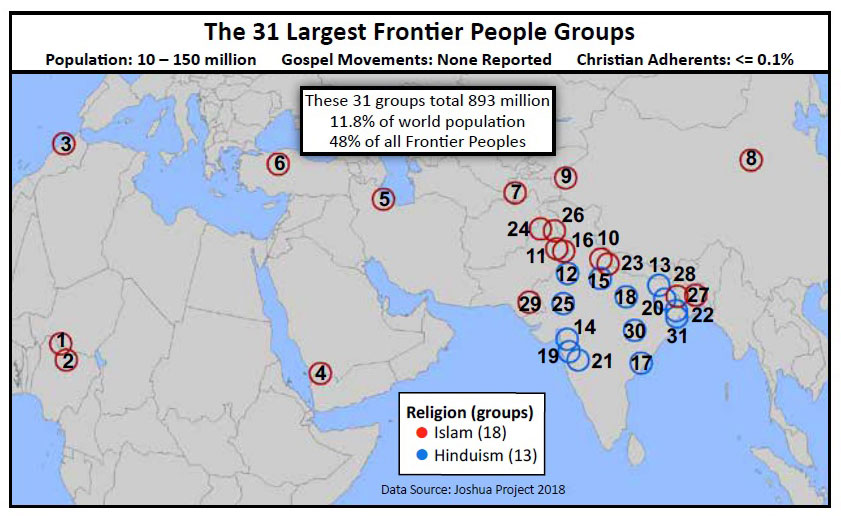 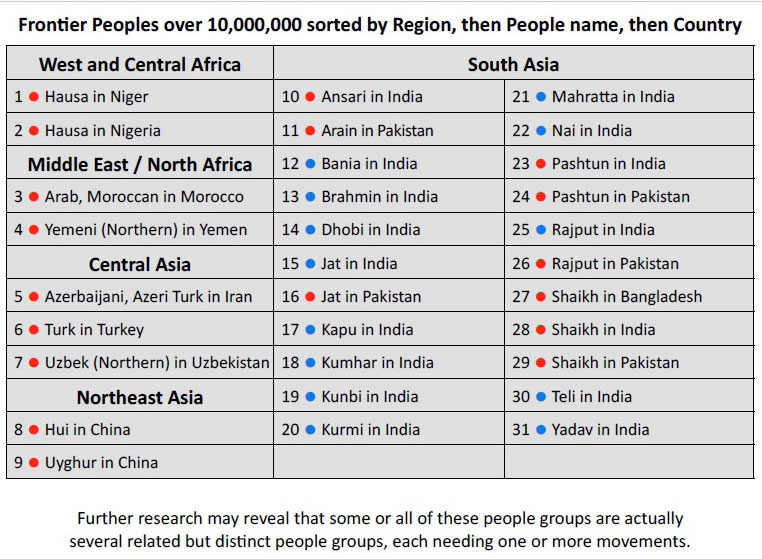 Here  are  some  of  this  guide’s  special  features: 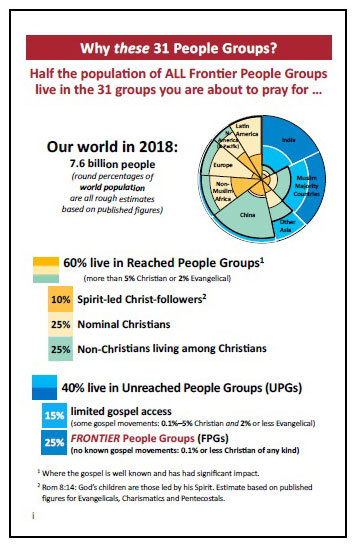 The  back  portion  of  the  prayer  guide  includes: 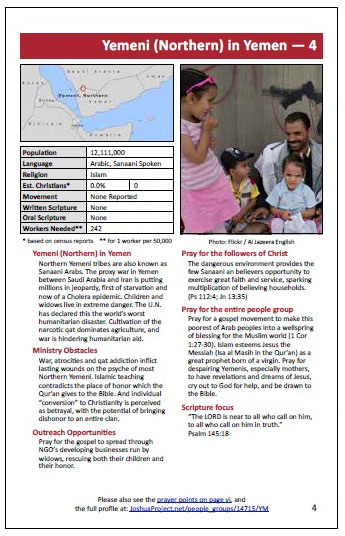 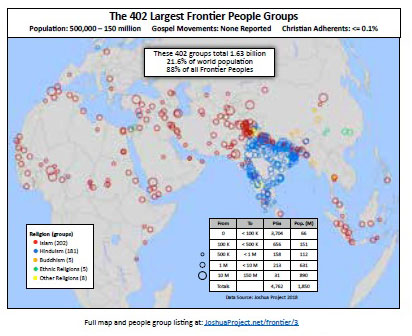 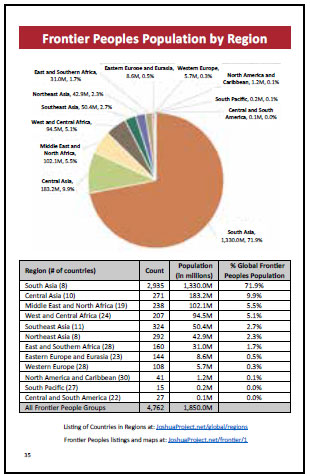 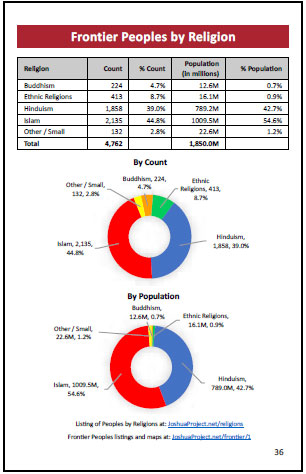 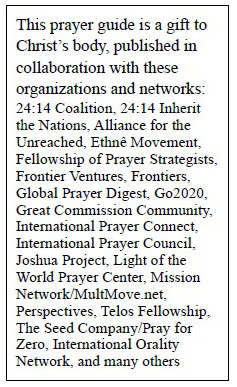 Robby Butler is General Director for Mission Network, production manager for Steve Smith’s “No Place Left” saga and editor for James Nyman’s “Stubborn Perseverance.” He contributes to Mission Frontiers occasionally and mostly researches what is working best to advance God’s kingdom, then distills this to equip others for greater fruitfulness.