How is ISIS Spreading the Gospel?

A few weeks ago I received an email from one of my students. She’s working among Muslim women and had just gotten off the phone with one of her friends who was weeping uncontrollably. My student initially assumed someone in her family had died. However, once my student’s friend regained her composure she made a startling statement: “I have been a Muslim for 41 years and in all that time have never questioned Islam. But now I have decided to leave it.” When my student asked her, “Why?” she related that she had been watching ISIS videos, and, because of the brutality that they justified as being the “methods of the Prophet,” she decided to leave Islam.

I have often referred Islamic radicals as “proto- evangelists” for the Christian faith. The first there was the Ayatollah Khomeini. His brutal regime in Iran, whose atrocities and policies have lead many Iranians to leave Iran, has also led to an exodus of Iranians out of Islam. Estimates are difficult, but the numbers are significant. Outside Iran the numbers are firmer but no less astonishing. In Sweden, fully ten percent of the Iranian immigrant population has converted to the Christian faith. That is approximately 8,000 out of a total of 80,000 in the entire country. Some Iranian believers have called the Ayatollah the greatest missionary because he showed us what Islam is really like. 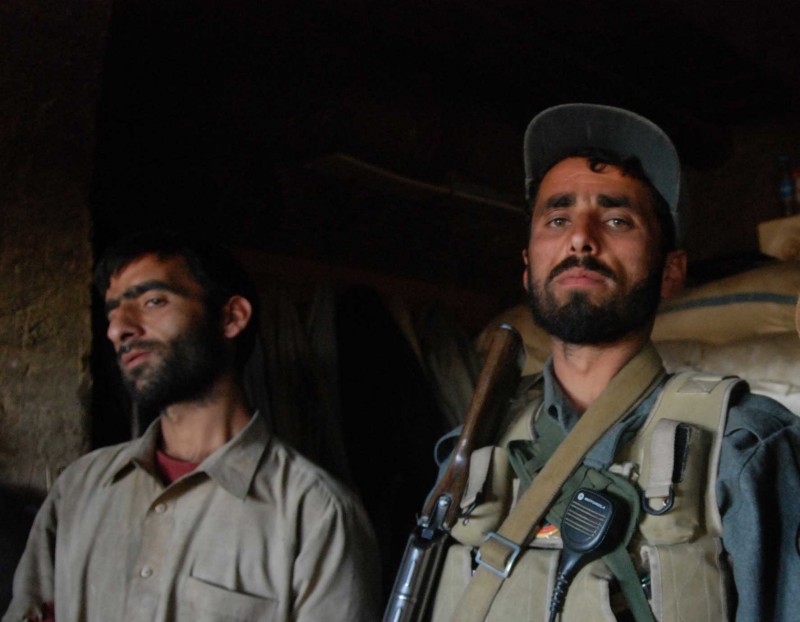 The next great figure in this progression was Osama Bin Laden. Bin Laden defined the rulers of the Muslim world as apostates for cooperating with the West. Though best known for the September 11, 2001 attacks, his group, al-Qaeda, quickly morphed from killing westerners to killing Muslims. Their brutality has particularly been harsh in Iraq and Syria, as have been actions by the Taliban in Pakistan.

And the latest is Abu Bakr al-Baghdadi, the self- proclaimed caliph of ISIS. His declaration of a new caliphate has alarmed the Muslim world. His group’s clever—and successful—propaganda films glory in violence, hostage taking, beheadings, sex-slavery, and the slaughter of Muslim and non-Muslims. The recent burning to death of a Jordanian Muslim pilot seems to have stepped well beyond even the brutality of Islamic law and it is likely that ISIS followers may shortly be defined as “apostates” from Islam justifying a new Jihad against them.

This propaganda and terror war is being fought on the internet. Most westerners do not watch these films. But it was astonishing to see how quickly the film of the Jordanian pilot’s death spread throughout the Muslim world. The man’s father watched it on his cell phone in a public meeting.


THIS ARTICLE WAS ORIGINALLY PUBLISHED at Zwemercenter.com and is used by permission.

We must pray for these men who have dedicated themselves to a cause; that God would have mercy on them and help them to see and comprehend His cause in Jesus Christ, be able to turn from evil ways to the good.

Well-said. The Swedish church is not always a safe or welcoming space, but there are growing numbers of house (or ‘simple’) churches in Sweden that are reaching out, a growing tribe of laborers in the field and small families of believers without professionals or buildings. Sweden has a unique kind of unity and less criticism among believers.

Greetings in Jesus,
I strongly believe it is not ISIS who is speaking among Muslim, but Jesus Himself, as He is used my ministry, hidden from current media, as He called be 4 years ago throughout twitter to share the name of Jesus and His Gospel throughout our twitter accounts @ISA_TEAM_ASIA and @LIVE_AQUA_TEAM mainly, to the strong extent that Muslim believe I am Jesus, despite the fact I’ve told them I’m not but His messanger towards them, by specific call.
I do not speak arabic but two or three words, but even without preparation or grades in Christian Ministry (no degrees but several courses of Precept at church)and I feel the Lord using me spreading His Word. In fact, during the first two years of my mission, many thought I was Muslim, because I believe words such as Christianity and Holy Trinity are religious concepts which carry historic and human elements to be rejected. Fotr this reason I believe has better effect to say I am born again in Jesus, follower of Him.
Even inside ISIS I have seen members following our preaches, and lately I have been emphasyzing the need of breaking this movement from the inside, towards it’s rupture.
I would like to have the back up of an American church to study Ministry and support spiritually thousands which have fled to US, Europe and others who still remain in their countries of origin.
Danny