How God Lead Us Into Roma Mission

As we prepared to celebrate The Great Commission Center International’s (GCCI) 20th anniversary in 2013, we prayed to God for His guidance on launching new mission endeavors.  When I came across an article on the Roma people in Eastern Europe in Christianity Today, I felt touched by the Lord. However, I kept this to myself. Later, when I read another article on the Roma published in Mission Frontiers, I told my colleagues and asked them to pray with me to seek God’s will. I also showed these two articles to my mentor, Dr. Thomas Wang, who is the Founder and President Emeritus of GCCI, and asked for his advice.  He not only gave me a “green light” but also told me that he and Mrs. Wang were willing to go with me for a fact-finding trip. With the encouragement of Dr. Wang, I was confident to plan for further actions.

First, I wrote to the author, Melody Wachsmuth and asked for her permission to translate her 3 articles (the third in the International Bulletin of Missionary Research) into Chinese.  Surprisingly, Melody wrote to the three publishers to get permission for me.  I was  touched by Melody’s help and convinced that God was opening the door for the Chinese Church.

Secondly, I planned a trip to Eastern Europe. Now, the question became: How can we get in touch with the Roma leaders there? I shared my need with GCCI Hong Kong Board when I passed through Hong Kong in June of 2013. Dr. Titus Loong, a member of GCCI Hong Kong Board, introduced me to Rev. Viktor Sabo of Subotica, Serbia. We communicated through emails and agreed upon on our first trip to Serbia and Hungary in November 2013. Our first team consisted only of five people. Rev. Sabo made an arrangement for us to visit Roma churches and Christians in Subotica, Apatin, Belgrade, Jagodina and Leskovac in Serbia.  He also introduced us to Rev. Albert Durko, the director of Hungarian Gypsy Mission International. Rev. Durko and his colleagues came to Serbia to take us to visit his mission in Bekes, Hungary and they showed us their education, social service and church planting ministries among the Roma people. It was an eye-opening trip for all of us.

At the end of this first trip, Dr. Thomas Wang announced that GCCI would organize a consultation at the end of September, 2014 for Roma Christian leaders and missionaries who were working among the Roma people in Budapest, Hungary. In order to have broader representation to the consultation, we paid visits to Roma leaders in eight European countries in April of 2014. As a result, there were about 100 Roma leaders from a dozen countries that came to the Budapest consultation. 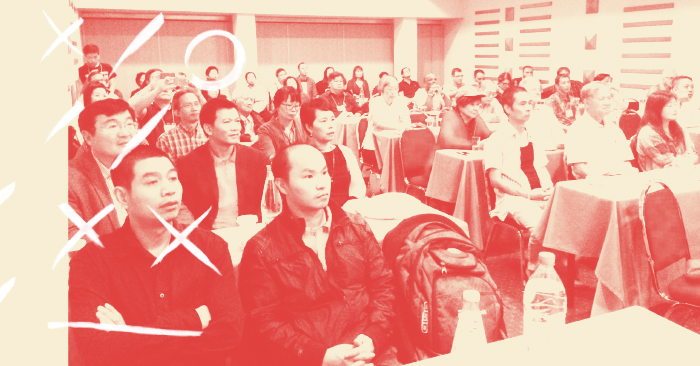 It has been GCCI’s policy to encourage the local people to take up the baton if we feel they are ready. Therefore, before the end of the 2014 consultation, Dr. Wang helped the Roma leaders form a steering committee of six Roma and non-Roma from six different countries to plan and prepare the next gathering in 2016. Nina Vujić, a Croatian serving in a Roma majority church, was elected as the coordinator. Thus, the Roma Networks was born.

As soon as the steering committee was formed, GCCI stepped aside and let the committee  be in charge. However, GCCI continues to serve in a supportive role. Through our Chinese and English publications, special prayer meetings and sharing, we continue to encourage Chinese churches worldwide to support and be involved in Roma ministries. We also organized two more conferences and a number of short-term mission trips from 2015-2017, mainly for the Chinese churches in the hope that they will see with their own eyes the spiritual and physical needs of the Roma people. Several Chinese churches in the USA, Canada, Hong Kong and even Eastern Europe are willing to take up the challenge. It is our prayer that more and more Chinese and non-Chinese churches will work together with the Roma leaders in evangelizing the Roma people not only in Eastern Europe, but all around the world.

Sharon Chan holds a Ph.D., Intercultural Studies from Fuller Theological Seminary. Prior to her joining the Great Commission Center International she served with CCCOWE, LCWE and AD 2000 and Beyond Movement.