From Church to Movement

Paul spent three years in Ephesus, a city of about 200,000 people and capital of the Roman province of Asia (modern-day Turkey) with a population of at least ten million people. At the end of Paul’s stay, Luke tells us, “all the Jews and Greeks who lived in the province of Asia heard the word of the Lord” (Acts 19:10).

Paul himself did not take the gospel to the whole province of Asia. He planted a church in Ephesus and fueled a movement by teaching disciples every day. From there Epaphras established churches in neighboring Laodicea, Hierapolis and Colossae (Colossians 1:3-8; 2:1; 4:13). Paul no doubt trained and sent others throughout Asia Minor. Most of the churches in Revelation 2–3—Smyrna, Pergamum, Thyatira, Sardis, and Philadelphia—may have started in this way.

Traditional churches can become catalysts for movements, but there is nothing automatic about this journey. Our best efforts in managing change and training are not enough; God has to initiate and sustain the work, and involve the right people at the right time.

The following stories from sending-base churches on three continents illustrate a variety of ways churches can equip members to bring Christ into their households and relational networks. In this way churches can better care for their members while preparing laborers with the skills and experience to pursue God for movements among the unreached and unengaged. 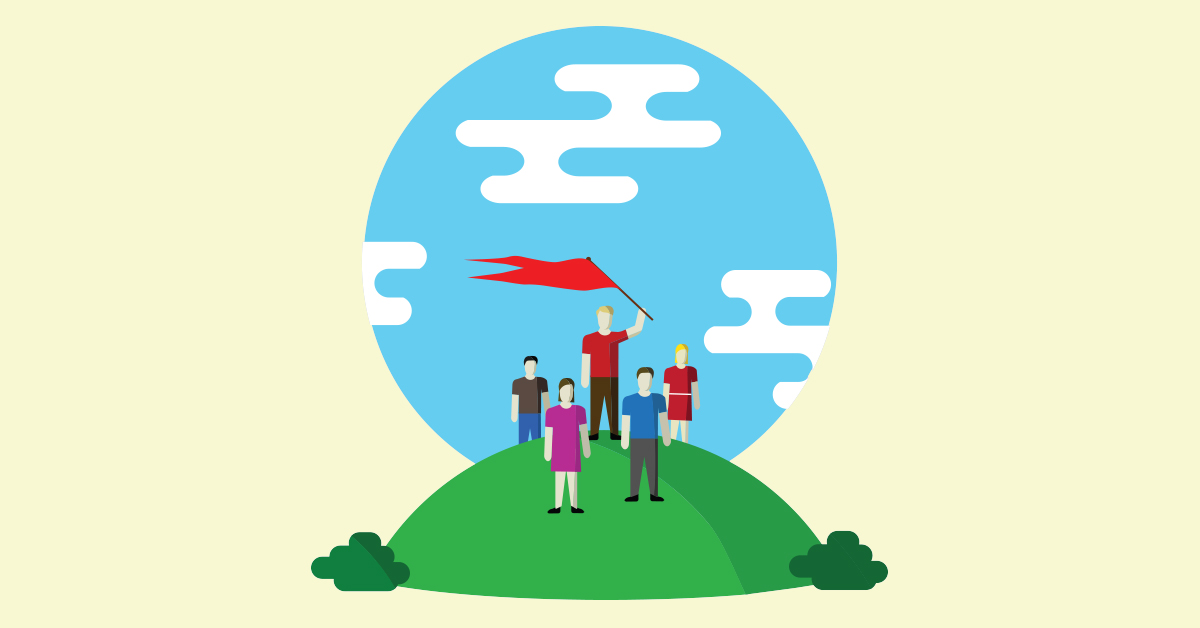 So David trained the senior leaders and elders of the church, who then agreed to let David offer the training to a wider group of leaders and influencers. Finally, David returned for a third training early in 2011, to which the whole church was invited. Three hundred people participated, while two thousand people received a taste of the training in a church service. This training helped build church-wide ownership and surfaced early adopters, revealing many who were ready for action, forming them into teams, helping them get started, and assisting them in bringing others on board.

Not everyone embraced disciple-making movements; some were cautious and others resistant. Lighthouse leadership knew not everybody would be ready to go into the community and make disciples, so they provided other ways to participate in disciple-making. They also released early adopters to share the gospel, make and baptize disciples, and train others. Some dropped other involvements to devote themselves to multiplying disciples, and Peter formed a pioneer team of early adopters from among the staff, interns, and congregation. Soon pockets of resistance and indifference melted as reports began flowing in of lives changed by the gospel.

In this third stage, teams went to groups unlikely to step inside The Lighthouse—Somalian refugees, prostitutes, drug addicts, and gang members. And God worked to start DBS and form new believers into reproducing churches.

Some Lighthouse members also began studies among farm laborers in a community an hour’s transit from Cape Town. Soon the new disciples there were walking in oppressive heat to pioneer more new groups among yet other farm laborers. A local farmer offered to transport them, but the laborers declined because they wanted to take responsibility for multiplying. So their newly formed churches were led and financed by the farm laborers themselves.

Earlier in 2010, in preparation for the Soccer World Cup, South Africa had rounded up homeless people and put them in a shack town called Blikkiesdorp (Tin Can Town). Lighthouse members and other disciple-makers from Cape Town began walking the rows of one-room shacks, looking for persons of peace. Within half an hour they found some, and began forming discipleship groups in this community. Then as the inhabitants of Tin Can Town returned to their original communities, they began reproducing disciples in those communities.

One eight-year-old girl from Lighthouse watched her father facilitate DBS and announced, “I can do this!” They lived in a rough area known for its gangs, so she began working with the children at the local park. Two years later she is still making disciples, attending the Lighthouse leaders’ gathering, and sometimes bringing disciples with her.

Other Lighthouse members formed DBS groups in their workplaces, with one in the police headquarters at the initiative of a high-ranking female police officer.

Peter can no longer keep track of all the groups that have started, and settles for tracking about 180 DBS groups where Lighthouse has a direct mentoring relationship, some third- and fourth-generation.

As The Lighthouse gained momentum in pursuing God for a movement, David Broodryk—the outside catalyst—made Peter an offer, “I’ll stop all my training and coaching in Cape Town, and work solely with you and Lighthouse, on the condition that you give away what you’ve learned to the city’s other churches.”

Peter agreed and built a coalition of churches pursuing disciple-making movements in Cape Town. Each month they meet to share struggles, challenges, lessons and breakthroughs. They also identify unreached areas and people groups in the city, form teams to reach them, and hold each other accountable for what they will do next.

Sugar Creek Baptist is a megachurch of 4,000 on the outskirts of Houston, amidst a growing number of counties where the majority are ethnic minorities.[3] Don Waybright is the missions pastor, with a focus both local and global. Outside the U.S., Sugar Creek is a catalyst for movements in Honduras, along the Amazon in Peru and Colombia, and in Mozambique and north India.

Houston has significant refugee populations of Burmese, Bhutanese, and Nepalis. So Don invited the Keystone Project[4] to send teams of missionaries to each of those communities. Sugar Creek provided financial and logistical support and encouraged its members to get involved.

The teams moved in among fifty thousand refugees living in just a few blocks of high density, multilevel housing, and began engaging people from Hindu, Muslim and Buddhist backgrounds. About three hundred people have come to know Christ, with multiple streams of fourth-generation disciples and 12 healthy new churches, including one second-generation church.

Sugar Creek planted another church at the University of Houston as an incubator for church-planting movements, reaching students and mobilizing them for mission beyond the university. Right next to the university is a marginalized community of African Americans containing some of the most dangerous neighborhoods in the country. Now students are making disciples there and seeing first- and second-generation churches in this community, and Sugar Creek has released one of their staff to lead this work.

Other Sugar Creek members are reproducing disciples and simple churches within the prison system around Houston. Transformation in the Darrington Maximum Security Prison has been so dramatic that prison authorities have asked that it be reproduced in all twenty-six prisons around Houston.

Sugar Creek is catalyzing a gospel-centered church planting movement with other churches in Houston called NoPlaceLeft—Houston. They brought in Ray Vaughn as a monthly trainer, eventually asking him to move to Houston as their first missionary to the whole city of Houston. Since moving there six months ago Ray has helped develop monthly trainings which have equipped 400 members of Sugar Creek with simple tools for having gospel conversations to identify persons of peace. A couple dozen of those trained have become very active in the harvest. Ray has also hosted initial trainings with a number of other local churches, several of which want to start monthly trainings also. Altogether 3,300 believers in Houston have learned to share the gospel over the past six months. Sugar Creek is enlisting and supporting other missionary teams to create multiple threads of leadership and strategy to see the NoPlaceLeft vision in Houston become a reality. Meanwhile Don participates in learning communities for practitioners and increasingly sends out Sugar Creek staff and members with movement experience as trainers to equip other churches around the U.S.

Dave Lawton was a pastor at Crossway—a church of four thousand in Melbourne, Australia.[5] Then he began using his days off to walk the western suburbs of Melbourne with his wife Colleen, praying and looking for persons of peace. Soon they found themselves leading DBS in homes, and eventually Dave had to tell Crossway he could not continue as a Crossway pastor because of their work in the suburbs.

Soon others joined Dave and Colleen, and Dave’s vision stretched to the whole nation of Australia. Praxeis is now an independent entity, working in partnership with Crossway and other churches. Today over 150 Praxeis volunteers are walking cities and towns throughout Australia, praying and looking for persons of peace. Twelve have raised missionary support to do this full time. And Praxeis now has workers in Hungary and Spain, with additional plans for a team in Japan. 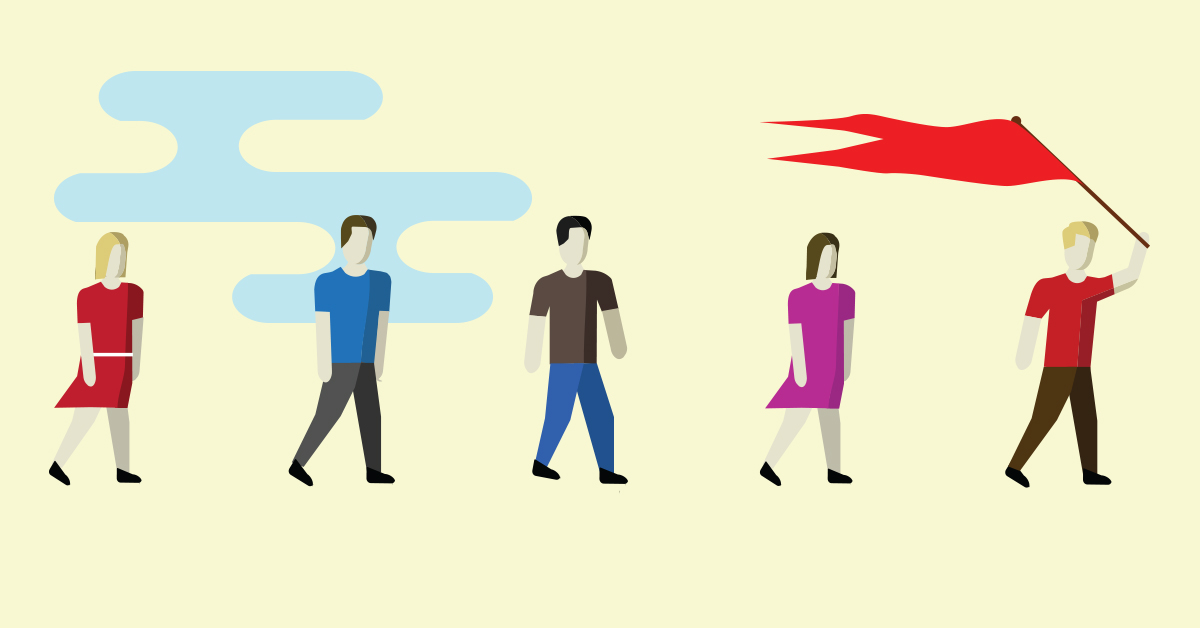 Churches That Pursue God for Movement

The first step toward a movement is expanding a church’s vision from building that church to reaching those who will never go to church.

The ultimate step in a church’s role in a movement is preparing and giving away its skilled practitioners and resources in pursuit of pioneer movements among the unreached and unengaged in distant lands.

Every church has leaders and influencers who need to own the transition from a vision for their church to one for their community. Even after the new vision is clear, implementation can be painful. One day after a movement catalyst clashed with his senior pastor, the pastor told him, “I’ve been doing this job for over thirty years. I know how to lead this church. But I don’t understand your language. Still, I want you to keep speaking that language and don’t stop.”

Once key church leaders are seeking God for a movement, experienced trainers can equip leaders and members in basic skills for meeting new people, offering to pray for their needs and sharing a testimony and the gospel with them. Most people, church leaders included, will find the prospect of sharing the gospel with strangers terrifying, so experienced trainers are also helpful in taking new trainees into the harvest field.

As new laborers go among the lost, God often does amazing things in the lives of both church members and those they meet. And disciples who go looking for persons of peace often return rejoicing at having seen the power of God. This experience often changes people and their priorities.

Even with someone to guide them, many will not be ready immediately to apply with strangers what they learn in training. It is important not to press this, but to gently encourage everyone toward simply making disciples in their own household and other relational networks.

To build momentum for change, vision has to be validated by action. Key to the transition are early adopters—and you can’t predict who they will be—who will reorient their lives and ministries around multiplying disciples. As these are encouraged and supported, stories of what God is doing in people’s lives will pour in to build the faith of others and silence critics.

Once early adopters are identified, form them into teams for encouragement and accountability, gathering them monthly in small groups to discuss four questions (ninety minutes is usually sufficient).

Teams of early adopters can soon become trainers and coaches for the rest of the church. And periodically (often twice a year) such teams will meet with other practitioners for “mid-level” training, where each team member works through the same four questions in depth with others. With an experienced facilitator, such teams rapidly master the basic principles of disciple-making movements.

Churches pursuing God for movements will seek to: