Every Home for Christ

A Case Study on the Effectual Convergence of Prayer & Mission

Over the last 65 years of ministry, Every Home for Christ (EHC) has reached over 1.5 billion homes globally and received over 100 million responses to Christ through their outreach efforts in 216 nations. Their vision is “to serve the Church to reach every home on earth with the gospel.”

The evangelical ministry is led by Dick Eastman, a man who in 1971 saw a vision of a global prayer movement that would correspond with the greatest harvest of souls the world has ever seen. He is famous for saying, “The degree to which prayer is mobilized will be the degree to which the world is evangelized.”

In 1999, at the same time that both the International House of Prayer in Kansas City and the 24/7 Boiler Room movement began in England, Eastman committed EHC to the development of a 24/7 house of prayer at their Colorado Springs based ministry center. The Jericho Prayer Center was dedicated in 2003 with the model of “harp and bowl”/night-and-day prayer at its center.

EHC is known for keeping detailed records of their ministry’s numbers. At a conference on prayer and missions in 2012, Dick Eastman shared with the crowd about the dramatic difference night and day prayer has made on their ministry’s work globally.1 Below are dramatic examples from this particular ministry of how prayer has accelerated breakthroughs and resulted in real lives being impacted. 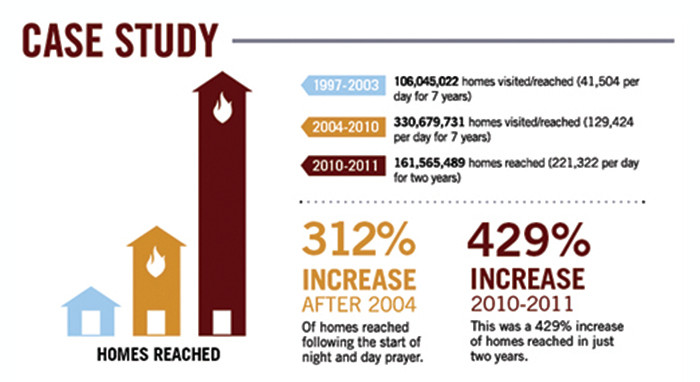 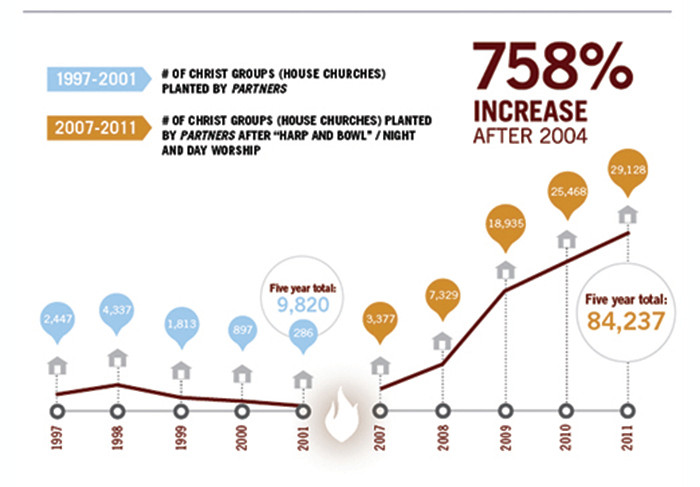 We’ll leave it up to you to decide.

John is a product of God’s grace through prayer and revival. He has ministered in over a dozen nations and served with his family among the Isaan people of northeast Thailand before arriving at the U.S. Center For World Mission in 2012.