Some historians have described the spread of the gospel as if it were a divinely driven wind that has swept through history. They contend that what began in Jerusalem blew westward across Europe until it reached the Atlantic and then continued to the Americas. In the 18th and 19th centuries the gospel wind crossed the Pacific, and last century swirled through the cities and provinces of China. China’s recent “Back to Jerusalem” (B2J) house-church movement anticipated the next direction the gospel wind would blow as they followed it into the Muslim world. Today, a growing number of Christians are riding this wind across the Muslim world.

When I began working among Muslims in 1997, I knew of only two church-planting movements (CPMs) among Muslim people groups. By 2010, we could identify at least 25 Muslim populations that had seen at least 1,000 baptisms and/or 100 churches planted over the previous decade. Of those 25 movements, a dozen reported more than 3,000 baptized former Muslims, some as many as 300,000 converts from Islam. At least 16 of these movements appear to be church planting movements in the fullest sense of the word.

Why the sudden increase in Muslims coming to faith in Christ and new church-planting movements? Of the 25 movements mentioned above, I have been personally involved, primarily as a “player coach,” with six of them. In this article, I will share insights and lessons from these six movements.
Between December 1999 and May 2002, these six emerging church-planting movements saw approximately 4,500 Muslims come to faith in Christ and baptism and 315 new house churches formed. By 2009, each of these six movements has surpassed 2,000 baptisms.

The largest of the six movements has seen 7,290 baptisms with 545 new house churches. Prior to the outbreak of the movement, missionaries had worked among Muslims in this country for 30 years. Though they experimented with some contextualized approaches for engaging Muslims, their efforts yielded little fruit, with only a handful of Muslim-background converts. What were the changes that brought about a movement?

No one can say that God is at work more now than he was 20-30 years ago. Nevertheless, stories of Muslims having dreams that lead them to pursue Jesus are more prevalent today than what was being reported years earlier. The attacks of 9/11, as Muslims saw themselves portrayed as members of a terrorist religion, also rattled the conscience of the Muslim society.

Other key factors were the 1998 publication of a contextualized Muslim-friendly Bible, followed soon after by a contextualized Jesus Film. Both used terminology that was more intelligible to Muslims rather than the earlier translations that reflected non-Muslim worldviews and vocabulary. In 1999, the contextualized Jesus Film played on national television during the Christmas season, prompting 22,000 responses to Campus Crusade. Evangelists soon began using contextualized gospel presentations to Muslims. All these factors ushered in a new season of harvest that greatly exceeded what missionaries experienced in the previous three decades.

Another crucial influence on the emergence of the movement came as my colleagues and I were exposed to evangelism and church planting unfolding in another region of the country that was reporting 20,000 Muslim baptisms. The methods used by these indigenous MBBs differed from those that had characterized traditional missionary efforts over the past two to three decades.

Breakthrough Lessons Along the Way

We learned many lessons along the way. In February 1999, a national Baptist pastor and I began work in a remote district where no known previous mission work among Muslims had been attempted. The first baptisms took place in December of that same year, and we discipled new believers in an abandoned fish-processing factory. We placed one of the new believers who showed leadership abilities over the emerging movement. By 2006 the movement saw over 1,200 baptisms in 47 house churches. As early as 2005, though, signs of stagnation were visible, and by the end of 2007 growth had stopped. Growth to this point had been dependent on the leader’s abilities and he had reached his limits. It was then that we realized that we did not have a reproducible discipleship plan.

In 2007, I introduced the Muslim-background leader to a fellow missionary who had adapted a T4T1 type of training program that incorporated high accountability and immediately trained new believers to tell their story of how they came to faith in Christ. This missionary had already seen several thousand Hindus come to faith and continue their training to several generations of new believers. The leader knew this was what the Muslim-background CPM needed as well. 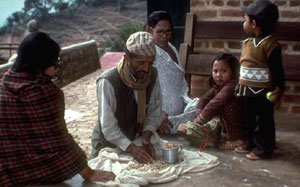 My national Baptist partner approached the 47 churches in his association with an offer of CPM training, but only three churches agreed to do it. In 2008, my partner made a bold move to disassociate himself from the other 44 churches and run the training with the three cooperating churches. In 2009 alone, they saw 2,680 new MBB baptisms with multiple streams of 2rd generation house churches. The combination of the bold move to distance himself from the 44 unwilling churches and the addition of the high accountability T4T training was like pouring kerosene on a fire. The CPM today has doubled its size since 2009 and is spreading its training program all over the country.

The issue of legal identity for new Muslim-background believers (MBBs) was the second lesson for us to learn. The answer to this crisis was the formation of government-registered societies. One such society is called, “Way of Life.” In their legal rules of incorporation, to be a member of “Way of Life” one must believe that Jesus is the only Savior and that the Bible is the true Word of God. These societies provide new believers with an identity that distinguishes them from “Western Christianity.”  Becoming a member of “Way of Life” minimizes the confusion associated with the title, “Christian.”2 In addition, not every Muslim is immediately ready to drop their Muslim identity and identify as “Christian.” Though persecution is not eliminated with this strategy, everyone in the six CPMs continues daily to face insults, rejection, physical beatings, and isolation, but becoming a member of “Way of Life” has diminished persecution, providing MBBs an easier way to explain their new belief to their Muslim friends and family members. Rather than explaining who they are NOT, they begin with who they have become.

Finally, I did not realize beforehand how much I would struggle with my own fear and security. Consuming the mission community for decades was the notion that if a missionary’s work was too visible, it would result in his expulsion by the government. We decided to take the risk. For a year and a half, we led a large number of high profile volunteer teams from the U.S. into a new area. We systematically distributed tracts and Bibles along every highway; we rode bicycles down village roads, and even paddled down small rivers. One of these outings resulted in a late night knock on the door of the place where we were staying. Under the cover of darkness, a Muslim seeker was seeking us out. Three months later, this Person of Peace along with 18 others were baptized. Within one year, this emerging movement experienced explosive growth with three hundred baptisms from the Muslim community.

In a village less than an hour’s drive away, our volunteer team walking from village to village encountered a young Muslim man who gladly received our witness and a Bible. Later, this young man came to faith in Jesus and started 24 churches in that area among his family and friends over a two-year period of time. Today, this Church Planting Movement has close to 4,000 baptized Muslim-background believers with 560 house churches and is reaching into distant countries with their own missionaries. During this high visibility period of time I did not face any visa problems with the government as previously feared.

An overly cautious security level that goes unchallenged for years can be costly to the goal of finding Muslim seekers who have the potential of starting movements. We may have access to highways and waterways, but there remains a roadway that we will never be allowed to travel. This young Muslim man traveled down his own oikos3 roadway and saw incredible fruit. The risk of losing my visa was worth it to gain access to this young MBB. I learned that, in a sense, the Person of Peace is looking for us as much as we are looking for him. If we are hidden beneath a platform or covered with fear of losing our visas, we may miss meeting that Person of Peace. Without that meeting, movements never begin.

The level of security floating around the mission community for several decades, and that I was indoctrinated into when I first entered the country, was built on a foundation of exaggerated stories. Granted, security concerns and platform issues are real, and my intention is not to belittle this serious matter. The lesson for me, though, came down to the fact that I had been asking the wrong question. I was asking, “What’s it going to take to stay in the country?” instead of asking, “What’s it going to take to find Persons of Peace who can start movements?” Both questions are legitimate, but for me the second question transformed our ministry and our results.

What future breakthroughs await us? 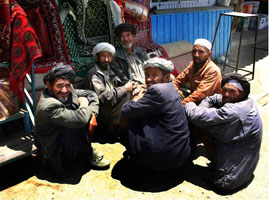 Second, we are seeing an unprecedented emergence of Internet and satellite TV ministries that are opening new avenues to Muslims who were previously inaccessible to the gospel. Internet ministries are seeing remarkable numbers of professions of faith. Global Media Outreach, for example, reports some “22,000 indicate receiving Christ every day - one every 6 seconds.”5 In the Arabic-speaking world, no one has had a greater impact with Muslims than the Coptic priest Zakaria Boutros who has seen thousands of Muslims respond to his gospel and apologetic message.6 Other media ministries such as Sat/77 and Arabic language al-Hayat8 are also seeing a growing number of Muslims come to faith.

Finally, with the emergence of Muslim-background church-planting movements, we must find creative ways to mobilize these movements to send out their own missionaries. Recently, I helped a Muslim-background CPM leader visit five members of his movement who were working as migrant laborers in a distant country. During his visit, he challenged these laborers to see themselves not as secular migrant workers, but rather as missionaries. He commissioned them to start new churches. Within two weeks they had baptized eight Muslims and formed a church; another seven Muslim converts await baptism. These diaspora MBBs may represent the next direction that the gospel wind is blowing.

Dear Sir,
Greeting from Nepal in the wonderful Name of Jesus.Are you interest to work in Nepal.Pastor Bhim Darnal/Nepal

I need some assistance on church planting among the Muslem people in Malawi. I would like to learn more from your organization. Where can I be Trained in this field. I am with the Mission Department of Church of Central African Presbyterian of Nkhoma Synod. Our main duty is church planting in Muslim area and Mozambique where we are working with Reformed Church of Mozambique.