I like to root for the underdogs. There’s something special about seeing a group of people overcome obstacles and achieve that which many thought impossible. This might just be part of the reason that Romania captivated my heart at such a young age.

Romania is an underdog country. As one of the poorest countries in the European Union, Romania is still overcoming the devastation of 40+ years of Communism. Problems like brain drain, human trafficking, corruption and social injustices can leave the average person feeling hopeless. Many people have chosen to leave the country in hopes of a better life.

We serve a relentless God. He is at work in this nation.

I’ve seen God raising up a generation of leaders who have a calling to bring change through all sectors of society. They aren’t willing to simply prioritize their own interests but instead are making sacrifices to help others. They have chosen to stay in the country and start a nonprofit organization or social enterprise to solve one of the many problems facing society.

One of these entrepreneurial leaders is a young man named Andrei. I first met Andrei when he was a student of Teen Challenge Romania, a substance abuse recovery program. After fighting a heroin addiction for over 13 years, Andrei got a new chance at life. He found freedom and a new purpose in life through his relationship with Jesus. After graduating from Teen Challenge and getting married, he found a great job as a manager of a restaurant owned by a local Christian businessman. While this job provided the income and security for his growing family, it didn’t satisfy his heart’s desires. God began speaking to Andrei about starting a nonprofit organization that would educate young people about the dangers of drug abuse. A few years back, he took the bold step of resigning from his job to start this new venture. These bold steps of faith are easy to read about, but often difficult to live out.

The world celebrates the successful entrepreneur, but only once an idea has been proven to work. The journey of an entrepreneur is full of struggles. While many people start out full of hope and a clear vision for their work, they often find themselves discouraged and questioning if they’ve made an irreversible mistake by starting down this path. A few of the common reasons for this discouragement are the lack of financial support and not seeing the impact as quickly as they had hoped. The risks of entrepreneurship are high, especially in developing nations. The risks of social entrepreneurship are even higher.

For too long the American Church has focused on sending missionaries and often overlooked the opportunity of equipping local leaders. In many nations, it’s far more effective to invest in leaders who are already at work and help them increase their impact. A benefit of this model is the long-term sustainability of the work. I also believe this is truly representative of how we see Paul establish the early church by building up local leaders, allowing him to move on to new communities.

At Good Bureau, a nonprofit organization in Bucharest, Romania, we want to see this nation transformed. We believe the best way to have a lasting impact in Romania is to invest in local leaders, regardless of their faith background. While seeking God on how we could best serve these emerging entrepreneurial leaders, we were impressed with the popular model of incubators and accelerators helping launch new business ventures across the globe. These programs typically last anywhere from a few weeks to a full year and provide a support system designed to grow a successful business. One of the biggest advantages of such a program is the chance to pitch investors who will provide financial capital to sustain the business during the startup phase. Another benefit is having access to a community of entrepreneurs who share their experiences and lessons learned. These types of programs were a real inspiration to us as we designed our own.

Last year we started the Good Accelerator, a 12-month program that brings concentrated funding and support along with an invitation to join a like-minded community of leaders. While the program lasts just 12 months, we see the community being a life-long investment. We desire to walk alongside these leaders during the course of their lives to offer ongoing support. The intensive effort is designed to help them launch a new mission or make an even greater impact where they’re serving already. A key element of our program is that it’s not so much about the venture itself, but about making a concentrated effort to invest in the leader behind it. We have found that the leader makes all the difference, and yet his or her own well-being is often overlooked and forgotten in the process of scaling impact. One of the ways we make this personal investment is through one-on-one coaching with our team. These coaching sessions create a space for the leaders to pause from their busy schedules and process their thoughts and feelings aloud.

Andrei joined the Good Accelerator program during the first year of starting his nonprofit, Teen Challenge Smart. We intentionally picked a leader like Andrei because we believe God has great plans for him and the work he’s doing. It’s been a privilege to journey alongside him as he’s grown in his development as a leader. The work of Teen Challenge Smart continues to flourish. Andrei and his team of volunteers are running a powerful drug prevention program in schools across Romania. Students have a unique opportunity to hear personal stories from former addicts and how their choices led to destruction. They are also leveraging social media to reach millions of young people with the devastating stories of drug abuse.

When I reflect on the lives of our faith heroes, I like to think back to their start before they were recognized and celebrated for their accomplishments. I recall that season of life when they had taken the step of faith but didn’t yet see the results coming into fruition. They stood on God’s promises but questioned the vision and their own abilities to accomplish it. I wonder if someone came alongside to encourage and support them during this difficult season. I don’t want to risk these leaders giving up on the mission before them; the stakes are too high. I want to be that cheerleader in their life.

In this life, we are all underdogs. Thankfully, we serve a God of the underdogs. He loves using underdogs to accomplish His will. This makes sure that He gets the glory. We each have a part to play in bringing transformation to the nations. Thank you for the part you play. 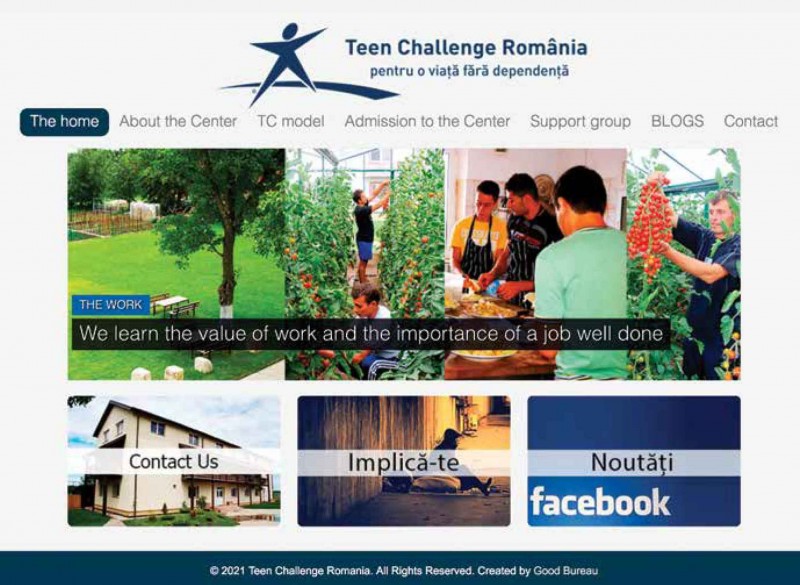 Ryan Crozier moved from Indiana to Bucharest, Romania with his wife in 2012. He founded Good Bureau http://www.goodbureau.ro a local nonprofit to invest in leaders and their missions to help change the nation. He also founded Agency Boon http://www.agencyboon.com a full-service digital marketing agency, and Boonforce http://www.boonforce.co a salesforce implementation team. Collectively, these businesses employ talented Romanians.