Malay Peoples with Emphasis on the Peoples of Sumatra

Across the vast Indonesian island of Sumatra, gospel seeds are sprouting from cities and towns among the tangled jungles and woven underbrush. Nurtured by prayer and intercession, believers in Christ are stepping out in new obedience and are searching for new believers among the approximately 45 million Muslims living in Sumatra.

Spearheading evangelistic initiatives are local believers working alongside expatriate workers, spreading the vision of God’s mission to restore humanity to Himself. Three years ago believers were challenged to share more boldly and impart to others Christ’s command for obedience. At that time there was not a single reproducing church on Sumatra; this challenge to obedience has resulted in several reproducing churches. In 2012 church-planting increased sevenfold, and 105 baptized believers were added to congregations on the island.

A man named *Dian is like many other believers on Sumatra. Dian is an agricultural worker who tends farm plots throughout the week. When his family’s financial needs increased, he began to hunt wild boars in the outlying jungles. The boars devastate precious crops and attack villagers, yet they are difficult to capture, and many butchers will pay a high price for the meat. Often Dian has returned from a hunt with three or four butchers waiting to receive the day’s catch.

After some time, three men from Dian’s community asked to join him in his hunts. Week by week the men hiked into the brush, set wire traps, trained hunting dogs and sharpened their spears. Dian had not told his companions of his faith in Christ until his house church challenged members to obey Christ’s command to be His witnesses among the nations. Slowly, during the long hours of each hunt, Dian began to share his faith, daring the other men to embrace Jesus with all their hearts, and today his obedience has drawn his companions closer to Christ. 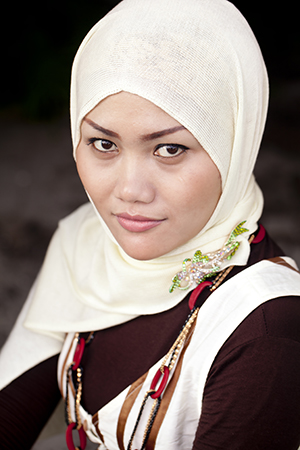 Another believer, *Matius, recalls his own journey to obedience. Matius understood that his faith and obedience could lead to persecution, but he remained determined to convey Christ’s love through every smile, handshake and conversation. Eventually his boldness took him to an area of Sumatra that is home to several peoples not only unreached but also unengaged by any existing mission initiatives.

When he first moved to his new city, Matius began to search for a way to both develop relationships and remain in the community long-term. After meeting a man who made ice cream, Matius began selling this ice cream from the back of his motorbike as he traced the weaving roads leading to surrounding towns.

Today Matius is greeted by smiles and warm receptions as he travels and chats with those who stop to buy his frozen treats. Conversations inevitably lead to the subject of faith in Christ, for Matius cannot help but share what Jesus has done for him. Small groups have begun to meet as house churches among this collection of neighboring villages. Matius guides his life in an intentional pattern of sowing and reaping, and today his work is beginning to touch one of the nine unreached, previously unengaged peoples on Sumatra. These nine peoples encompass a population of 875,000 and are located in some of the island’s most daunting and remote areas.

One local church on the coast of Sumatra has made a commitment to increase its efforts to take the Good News to their own ethnic group. Previously this body of believers was highly introspective, avoiding conflict in their community by keeping silent about the saving power of Christ. After they participated in several training conferences where they heard the challenge for all believers to live in obedience to Jesus’ commands, the church stepped up their Bible study programs and members began to listen more intently to God’s call. The Lord led several families to relocate to unreached areas.

Funded by this local church, these families are now engaging the lost and praying for responses to the Good News. Many of their efforts have been met with receptivity, and the fruit can be seen in the formation of house churches across areas of Sumatra where three years ago believers would never have dreamed they could reach.

Join in prayer for the new believers and churches throughout Sumatra. Much remains to be done! To learn more, see:

*Names have been changed.

Seeking CPMs for Every Cluster and Every People!

With 50 million inhabitants and at least 49 unreached people groups, Sumatra has been called the most unreached island in the world. These millions have not heard the good news of Christ because of strong, local religious traditions as well as political, geographical and cultural barriers. Yet God is moving on Sumatra, and we are seeing increased responsiveness among these unreached peoples in the last three years.

These 49 unreached peoples can be grouped into ten clusters:

• Asking God for His vision for these peoples;

• Discipling whole households to obey all that Jesus commanded;

• Equipping these groups to feed the poor, help the sick, share the gospel and change their societies from within;

To learn more about the Sumatra clusters, see Joshua Project.To learn how to become strategically engaged in Sumatra, write to [email protected].

Evelyn Adamson (pseudonym) is a writer living and working in  Southeast Asia.