The carnage of the Syrian civil war rarely makes the news anymore. It seems like an intractable conflict where brutality by one faction is only outmatched with greater brutality by another faction. Politicians and even many human rights organizations struggle to pick a group that they hope will lead Syria out of this conflict. It seems impossible to support President Basher Assad, who gasses and slaughters his own people, but his regime is holding back ISIS, who cuts Christian children in half and gang rapes Yazidi girls.

And then there is the myriad of Al-Qaeda affiliates who have joined in the fray. With such deep fissures between ethnic and religious groups it seems unlikely that Syria, and Iraq for that matter, will hold together as nation-states. While missiologists often look at ethnic and religious people groups and politicians look at nation- states, perhaps a way forward would be to encourage the establishment of new nations or autonomous provinces along ethnic and religious lines.

The current borders of Syria and Iraq were drawn by British diplomat Sir Mark Sykes and French diplomat François Georges-Picot. Following World War I these two diplomats met together to carve up the territory formerly 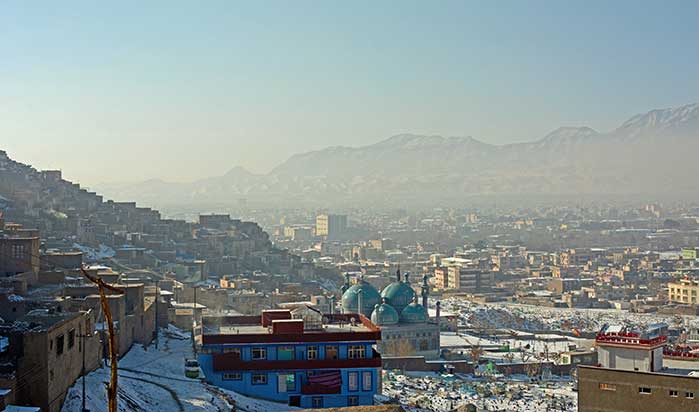 held by the defeated Ottoman Empire. The boundary lines drawn by Sykes and Picot had less to do with the ethnic and religious divisions on the ground and more to do with the geopolitical forces in Europe and the letters on the map at the table. Sir Mark Sykes famously declared, “I should like to draw a line from the 'e' in Acre to the last 'k' in Kirkuk.” 1

Generally, the Sykes-Picot Agreement has held together for almost 100 years, but is seems unlikely that it will last much longer. While ISIS has largely removed the border separating Syria and Iraq the Kurds have tasted independence and will not easily go back into a power- sharing agreement with Baghdad. In addition to the Kurds, the Assyrians and Yazidis were also victims to the collapse of the central government in Iraq. Left unarmed and unprotected these religious minorities suffered brutally at the hands of ISIS when the US trained and equipped Iraqi army ran away. They too, will not likely return to a seat at the table in Baghdad.

The most viable new state in a post-Sykes-Picot Middle East is commonly referred to as Kurdistan. This new state would encompass territory in both Iraq and Syria with potential territory in Turkey. But Kurdistan is not the 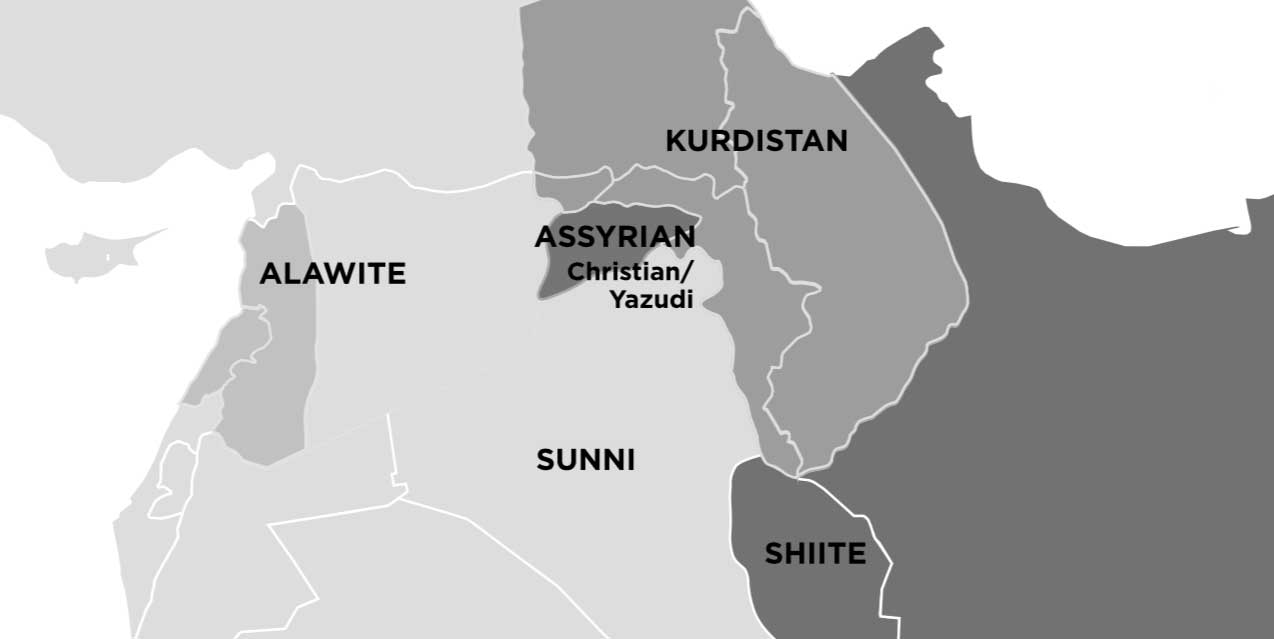 only potential new state, or at the very least autonomous province. It is not difficult to image an Alawite state, a Druze state, and an Assyrian state.

Even now, David Lazar, President of the American Mesopotamia Organization has secured support from several key members of Congress to have the US officially recognize an autonomous province in the Nineveh Plain. This new province would be for Assyrian Christians, Yizidis, Turkmen, and other religious minorities. Former Congressman Frank Wolf, perhaps the most tireless advocate in Congress on behalf of persecuted Christians, issued a report in which he publically advocated for the establishment of the Nineveh Plain province. Following a recent trip to the region, Rep Wolf wrote, “This province should be uniquely designed to ensure the ongoing peace and stability of the ethnic and religious minorities of Iraq. Aside from a direct end to the Islamic State itself, the establishment of this province was the number one request of the Christian and Yezidi communities interviewed by 21 Wilberforce. Policymakers should make the establishment of such a province a central component of the effort to defeat and counter IS, and work with the central government in Baghdad and the KRG toward this end.” 2

A handful of new nations in the Middle East would provide both challenges and opportunity for Christian missionary activities. The challenges will come more from the structural issues within the new nations. Recently established nations and post-conflict nations often go through difficult transition periods. A recent report by Transparency International placed South Sudan and Afghanistan in the top 5 most corrupt nations in the world. South Sudan has struggled with inter-tribal conflict recently, which one of South Sudan’s Catholic Bishops blamed on inexperienced leadership. Mgr. Rudolf Deng Majak, Bishop of Wau said in an interview with the Catholic News Agency of Africa (CANAA),

“I have to say that the communities [South Sudan] have never had the opportunity to live together as a nation. It is the first time we are beginning to have this sense [of a nation]. Yes, it is true we have suffered together It hasn’t gone to the deeper level of formation. That takes time. So, at the level of the community, at the level of leadership, it is the first time in the history of the people of South Sudan that they have a parliament of their own, a sovereign government with an executive, a military. And these are huge responsibilities that take time to mature and to develop in order to have a peaceful, stable, and prosperous community.” 3

Another challenge would potentially come from ethnic and religious cleansing. When Israel was established in 1948, Jews from many of the surrounding Arab nations were forced to leave everything behind and flee to Israel. Similarly, there was a healthy bit of migration following the break up of the Yugoslavia along religious lines.

Yet where there are challenges there are opportunities. In a new Middle East there would be significant opportunities to assist with community, civic, and economic development and many missionaries excel in these areas. Joel Gillman, and expert in frontier missions, noted, “A balkanized Middle East would create a fertile ground for indigenous church planting movements within several of the ethnic groups.” 4

The immediate needs of Assyrian Christians and other religious minorities in Iraq and Syria is acute. The estimated cost of supplying food, shelter, and medicine for the nearly 2.6 million refugees and internal displaced person is expected to exceed well over half a billion dollars.5 Fortunately, the plight of these victims of ISIS aggression has not ceased from the news like the Syrian civil war has. Unfortunately, there is only a limited amount a time before the tragedy of an individual family and small community becomes a faceless statistic. When the news stories have ceased and people have given their donation, without a long-term plan these Christians and other minorities will still be suffering. Perhaps it is time to redraw the borders of the Middle East.

Luke Moon is the Deputy Director of the Philos Project. Prior to that, Luke served as business manager for the Institute on Religion and Democracy, and, before that, as a missionary with Youth with a Mission for 12 years. Luke has lived, worked, and taught in over 45 countries, and has advocated on a number of human rights issues along the way. He holds a BA in Biblical Studies from the University of the Nations and an MA in Global Politics from Regent University. His writing has been featured in The Tower, Christian Post, Real Clear Religion, Juicy Ecumenism, and more. Luke is also an ordained Southern Baptist minister.

.(JavaScript must be enabled to view this email address)
twitter: @lukemoon1