The Presence of God Amidst the Brokenhearted

The Yazidis are an ethic Kurdish minority and many are calling what ISIS committed against them last year genocide. In Northern Iraq there are hundreds of thousands of Yazidi people who have over the past year had their homes destroyed, have been force to flee from ISIS, and are now displaced and seeking refuge in their own country. So many families fled their homes in the mountains that aid agencies couldn’t put tents up fast enough. Several hundred thousand Yazidis are living in UN Internally Displaced Persons (IDP) camps, but tens of thousands more have found refuge in abandoned, unfinished buildings.

While walking inside a neighborhood of abandoned buildings, my team and I were stopped by a group of young girls. They insisted we come visit with them and welcomed us into their home with open arms and beautiful 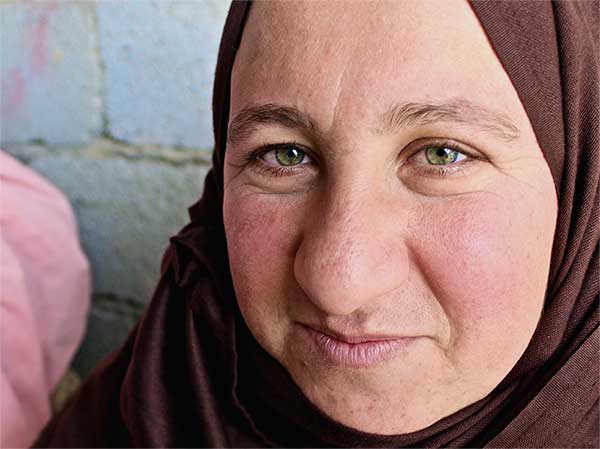 smiles. As we entered a very dimly lit room I was instantly surrounded by seven young teen girls who wanted me to play my guitar. They watched very intently as I began to play a worship song. As I did, I watched as their eyes grew wider and wider the more I played. They didn’t know what I was singing because I was worshiping in English, but it was very clear they were experiencing the presence of God. After I stopped playing I asked them if they would like to dance or sing for me, like I had done for them. With eyes turned to the dirt, one of the older girls spoke up and said, “I don’t sing or dance any more because our hearts are sad.”

Only six months prior to this all of these girls had fled from Mount Sinjar because of the ISIS attacks. They fled with only the clothes on their backs, walked for days, were stranded without food or water for weeks, and saw horrific killings no child should ever see. One girl’s father had died in the attacks from IS and many of them lost other family members. Not knowing what to say, not knowing how my words could ever be enough, I began to tell them of a man who takes away sadness, heals broken hearts and has healed my heart time and time again. After I shared my testimony of his love, I told them his name was Jesus. With a look of confusion and curiosity the same girl who shared about her sadness softly spoke, “Who is Jesus?” These girls had never heard who Jesus was! What a privilege to tell them who he is for the very first time. To tell them the story of salvation and the love of a Father who sees them right where they are and sent his son to die for them—a God who has never left them alone, but was with them on the mountain when they fled

Even now in their pain, he wants to be a Father to them. I asked them if I could pray for them that Jesus would fill them with love and take their sadness away. They all said yes. Without any instructions, they bowed their heads and closed their eyes as I 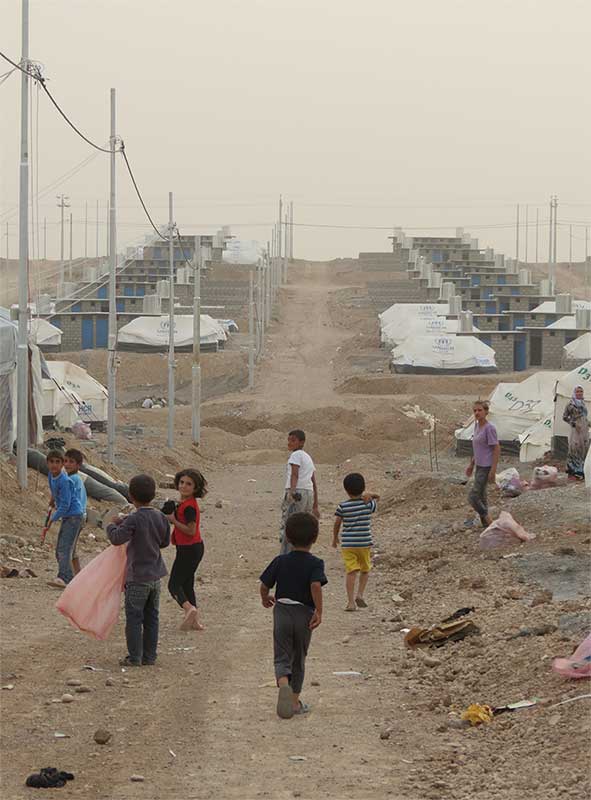 laid my hands on them and began to pray. Tears started to flow and one of the girls gently placed her head on my shoulder letting her guard down. After we prayed I asked them if they had felt anything while we prayed and with a stunned look on their faces, one girl piped in, “Can you come and pray for us everyday?” I shared with them that I would be praying for them constantly, but that they could pray to Jesus anytime too, that he loves them. We all hugged as the love of God was so present in that small dark room.

God is near to the brokenhearted and is truly moving among the Yazidi people, showing the unreached that his reach of love is not too short. He really has not left nor abandoned them, but desires that each one would know him and each one would feel his love. We never know who God will put in front of us. On this particular day, in a country that has not known peace in a long time, a group of young girls experienced true love for the first time. The Holy Spirit touched their hearts and will continue to work. We are called to be Jesus’ hands and feet to a world that doesn’t yet know what he is like. Even in a place like Northern Iraq, the love of God is unstoppable and the Holy Spirit will continue to reveal Jesus to the Yazidis because he is passionate about these people loving and worshiping the one true God.

Juliene helps raise up worshiping and praying missionaries to go short and long term to various nations. She has a heart to serve and love the poor and to reach the unreached in nations that have suffered conflict.

www.burn24-7.com
.(JavaScript must be enabled to view this email address)