The International Year of the Great Commission

Turn the World Upside Down: A "Fisher of Men"

“You shall receive power when the Holy Spirit has come upon you and you shall be my witnesses both in Jerusalem, Judea, Samaria and to the ends of the earth.” (Acts 1:8)

The Great Commission is the Last and the Supreme command of Yeshua Messiah, given to all his followers to finish the task of discipling all the 16,300 nations, 6,500 tongues and thousands of tribes of the earth. It is the core mandate of the church. Until this assignment is completed, Messiah the King, cannot come in his glory and establish his glorious millennial kingdom, here on earth.

The Day of the Pentecost is the birthday of the Ecclesia: Peter, in the power of the Holy Spirit, opened his account with 3000 souls who repented, were baptized and received the gift of the Holy Spirit that rapidly multiplied into myriads (tens of thousands) of new believers.  (Acts 2:41, 21:20)

Explosive growth and multiplication of the New Testament Ecclesia: Acts 2:47 – And the Lord added to their numbers daily; Acts 4:4– 5000 new believers added; Acts 5:28- City saturation of Jerusalem, “You have filled the whole city with your teachings”; Acts 6:1,7 – Exponential multiplication of disciples; Acts 8:12 – Samaria evangelized by Philip, the table cleaner; Acts 16:5 – Daily multiplication of quality churches, “And the churches were strengthened in faith and multiplied in numbers daily”;  Acts 19:8-10 – All Asia heard the Gospel; Romans 15:19,20 – Gospel fully preached from Jerusalem to Illyricum, a distance of over 2000 KM; Romans 15:23 – “No more places left.” 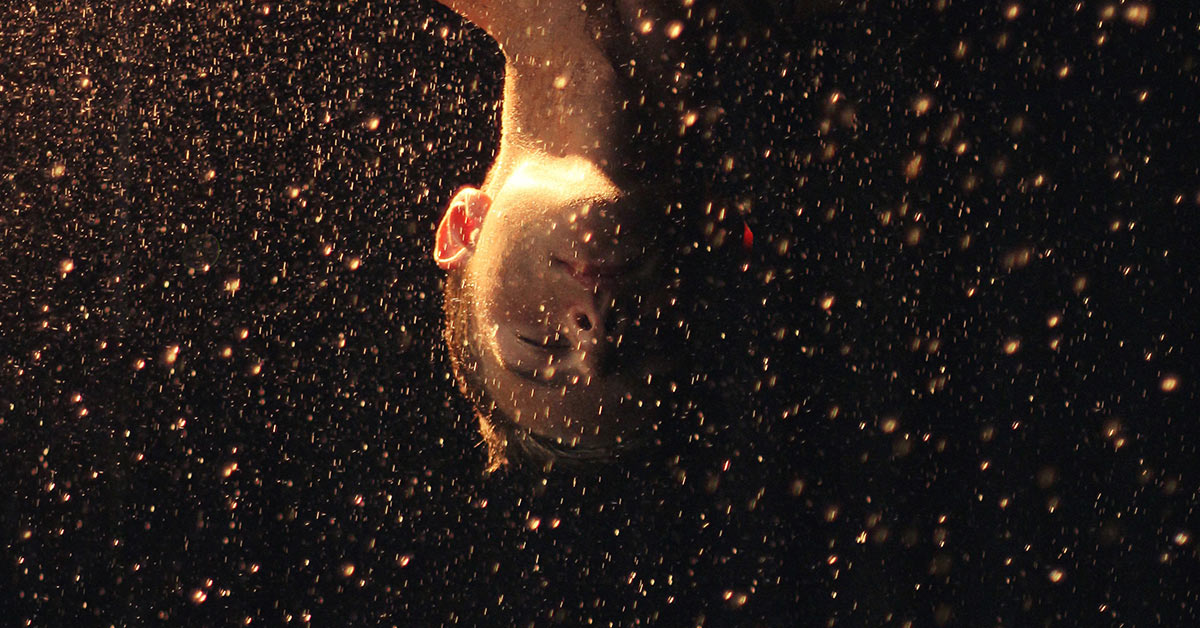 What was their magic mantra? The 3000 souls, instead of meeting under one roof, chose to meet under thousands of roofs. They focused on 1. (Acts 42) Apostolic teaching (message with two legs); 2. Strategized during purpose oriented koinonia (fellowship); 3. Prayed tafilla (prayer of self-evaluation to see they are obeying the mandate); 4. (Vs. 43) Signs and miracles which no none could deny; 5. (Vs 44-45) Practiced generous giving for the poor and laid it at the apostles’ feet to make them mobile for mission; 6. (Vs 46) Went fishing to catch two legged fish; 7. (Vs. 46) They cleaned (repentance & baptism) the fish while ‘meaning’ (breaking bread), exorcising and chit-chatting the Gospel. (Vs 47) And the Lord added to their numbers daily. Wow!

So what is causing the logjam from reaching the finish line? We looked around for the culprit and found it is us, the church. For centuries we got mired into property, pulpit, programs, politics and budgets, losing the mandate and the momentum. Our churches are not the “House of Prayer for all nations.” (Mark 11:17) Our leaders are like the aquarium keepers, busy taking care of fish that do not reproduce. Our missionaries plant mission stations and stay on, while Paul raised local leadership, planted DMM (Disciple Multiplying Movement) and moved on. Our prayer cells and Bible study groups produce prayer warriors and scholars that do not metamorphose into fishers of men.

So Yahweh is now doing a new thing. From Myanmar to Mongolia, and from Indonesia to Ethiopia, all nations are in turmoil. However, in spite of all the bad news that we hear every day, new believers from all nations, tongues and tribes, are entering the Kingdom in numbers unprecedented. And guess who is doing it? Interestingly it is not the telesuperstar evangelists but the anointed first generation humble believers who are engaging neighbors, friends and colleagues and breaking religious, societal and cultural barriers by sharing bread and the whole wisdom of God from house to house and igniting explosive growth and multiplication. It is Christ-centered, sinner-focussed and relational. Again, it is just like the first century House Ecclesia (Matt. 11:12; Acts 20:20).

The mandate: Yeshua had a dual assignment. The first was to be sacrificed as the Passover Lamb for our redemption. And the second was, “I will build my church and the Gates of Hell shall not prevail…I will give her the keys of the Kingdom [authority] and power over all the power of the enemy and send her on to seek and save that [Garden of Eden], which was lost.” (Matt. 16:18,19; Luke 10:19; 19:10) But he did not build any church building; instead he made disciples who went and demolished religious, societal and cultural Gates of Hell, and turned the world upside down. Thus, the mandate of the whole church is to take the whole Gospel to the whole world, until the last rascal is sought, found and saved. Like the Samaritan woman, the best way to worship in spirit and in truth is to bring them to his feet, so he can give them a new heart and a new spirit. (John 4:23,24; Acts 17:6; Ezekiel 36:26)

Yeshua did not just command us to do the Great Commission, he modeled it:

International Year of the Great Commission is meant to be a time when Christians throughout the world are to set aside their differences and make a fresh commitment to honour, obey and fulfil the Great Commission of our Lord—to pray, proclaim and possess our “promised land,” and transform it into the kingdom of God, even if there may be giants in the land. (Eph. 4:11-13; Numbers 13:33)

We know God’s End Vision is to have all nations, tongues and tribes standing before his throne and worshiping him. We shouldn’t just sit down on the pews and look up to heaven as our destination, but also look out of the window and see all the lost people in our own oikos: family, friends, neighbors, colleagues at our workplaces, schoolmates, strangers in the market place, etc. We must look at them as a swimming coach looks at a drowning person. We must pray for them, rescue them and turn them into the disciple-makers. For this we need coaches to equip their “tool belts” with the discipling tools they need and the knowledge of how to use them. It is not enough to be a Follower of Yeshua, but every follower must graduate with the highest qualification as a prolific Fisher of Men. (Matt. 4:19)

The objective is to make this a global movement and not just an event. Individuals, families, and women as well as youth groups, churches, missions and grant-makers, need to adopt and take ownership of their God-given domains: neighbourhoods, streets, cities, workplaces, regions and ethnos (people groups). They need to initiate Jesus planting movements through gospel saturation blitz—simultaneously we must, viralize this message through personal contacts, print, electronic and social media, organized events and training seminars ,etc. There is so much unengaged talent stagnating on the pews that needs to be mentored, mobilized and launched as champion Great Commissioners to reach the lost, who are sitting in darkness and in the shadow of death. After all, we are accountable for them. The best way to have our sins forgiven and shine like stars and have our names written in the Book of the Lamb, is to catalyse the DNA of the Great Commission Movement, and in so doing, change the world until there is no place left where Christ has not been named. (Matt. 4:16; Eze. 3:18; Daniel 12:1-3; Luke 10:20; James 5:20; Rom. 15:23)

Many thanks for these thoughts Mr Choudhrie

& at the same time, the number of full time, long term Cp-ers/Gospellers/apostles/Kingdom of Jesus proclaimers is decreasing - esp amongst the richest nations

The question might truly be put - do we believe (live) it or not??

Press on, on being challenging, no matter what ‘clever’ ideas are put in the way - a fresh wave, or new wineskins is what is needed.

Really good article until the last paragraph, last sentence.  “The best way to have our sins forgiven and shine like stars and have our names written in the Book of the Lamb, is to catalyse the DNA of the Great Commission Movement, and in so doing, change the world until there is no place left where Christ has not been named.”  The whole point of the Great Commission is the preach the gospel - death, burial and resurrection of Jesus Christ.  Salvation does not come by works of righteousness which we have done.  Wish the article had left out this last part…otherwise excellent!

Dr. Victor Choudhrie is a cancer surgeon by profession. He is a Senior Fellow of the American and British Colleges of Surgeons. In 1992 he left his position as Director and CEO of the Christian Medical college, Ludhiana, Punjab, India to pursue a full-time Church planting ministry in central India. In the year from Pentecost 2009 to Pentecost 2010, tens of thousands underwent a ‘holy dip’ through their ministry partners.

Email: .(JavaScript must be enabled to view this email address)
Website: http://thechurchinyourhouse.blogspot.in