Pursuing the Vision of Bringing Every Family Home

Why should unreached peoples have a higher priority than other sets of people? Over the years I’ve often heard people plead the cause of unreached peoples by claiming that they are the peoples where missionaries are needed most.

By designating them as unreached peoples we should not be thinking of them as the neediest peoples. Instead, they are among the remaining peoples—the peoples who at this time remain unevangelized. What drives the prioritization is the biblical visionary conviction that eventually every people must and will be evangelized. Involvement in evangelizing any unreached people is actually a commitment to evangelize all peoples.

Most Christians consider mission to be an overflow of compassion for others who are in greater need. That’s fine and good, but feelings of compassion usually can’t sustain work among unevangelized peoples. Work among unreached peoples usually calls for a comprehensive hope that Christ will be served by some from every people. There are two common approaches to envisioning the global task: what I call countdown and fulfillment. Both are biblical and practical. 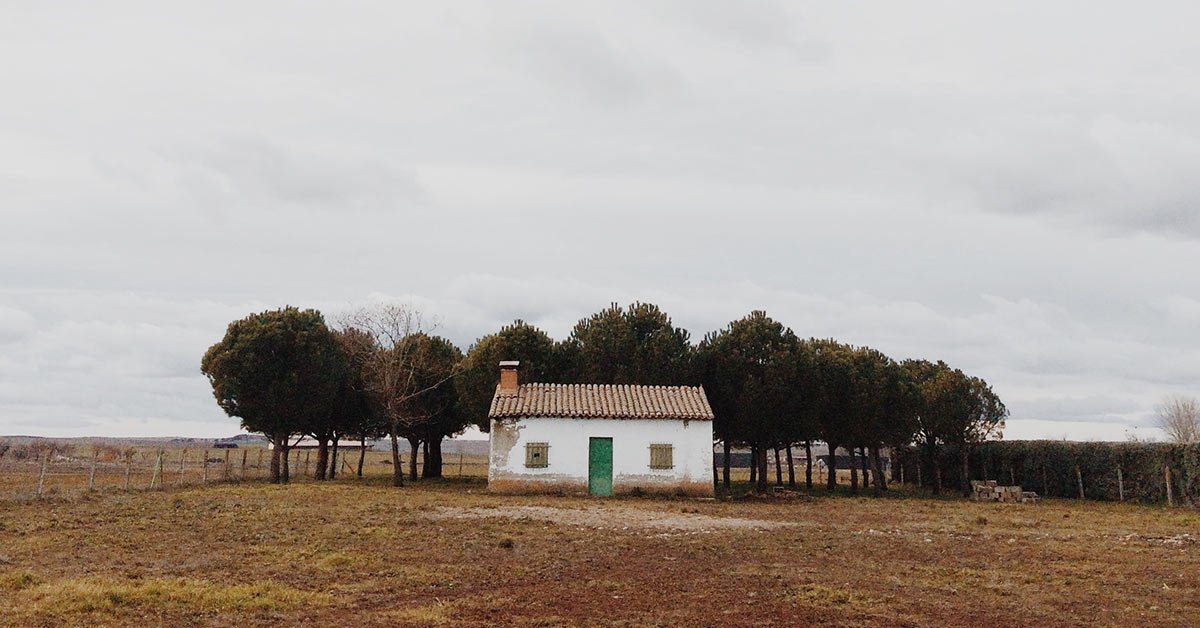 Calls to finish the task of world evangelization often feature a list of peoples that are not yet evangelized. The peoples are usually categorized with some word beginning with the negative prefix “un-“ (unreached, unengaged, unevangelized, etc.). However “reachedness” or peoplehood may be defined, the basic idea is that as progress is made, the list will get shorter. The yet-undone parts will become fewer and fewer. Eventually, only handfuls will remain, until finally, the last few will be finished. When our list says “none,” then we are done. This approach is what we could call a “countdown” way of viewing the task.

The countdown view helps us gauge progress on world evangelization as a great shared project. It’s proven useful for sustained collaboration of diverse missions and churches doing different things in far-flung places over lengthy periods of time. As valuable as the countdown approach has been and will be for finishing this global project, I think we also need to lift our vision and ambitions to the fulfillment of God’s purpose.

Another way to mobilize, pray and collaborate for world evangelization is to focus on the outcome. Using the countdown vantage point, we list every undone part to complete a project. By contrast, what we could call “fulfillment vision” focuses attention on the splendid worth and certainty of the accomplished purpose. These two vantage points are simply different ways to describe and pursue the same endeavor.

The Last Lost and the Full Flock

Let’s use the biblical imagery of sheep and shepherd to compare the two ways of seeing our mission. In a countdown view we focus on the remaining lost sheep. A fulfillment vision helps us anticipate and work toward a fully gathered flock.

In Matthew 18:12-14, Jesus presents a parable of sheep. If nothing else this story should tell us that a countdown mentality is appropriate. There are 100 sheep, but the focus is on the one who “has gone astray.” The shepherd rejoices more over finding the lost one than the 99. The shepherd’s joy is obviously relief that the lost has been found. But perhaps there is also gladness that the full flock has been restored.

Jesus used the image of a shepherd’s work with sheep on another occasion to describe His mission a bit differently: “I have other sheep, which are not of this fold; I must bring them also, and they will hear My voice; and they will become one flock with one shepherd” (John 10:16). In this picture, the “other sheep” are not described as lost. They are not enumerated with any kind of countdown. Instead, Jesus’ focus is on the goal, the outcome, the purpose of the mission: There must be a full flock. Every part of the flock must be brought in. The language of “one flock with one shepherd” suggests a consummation of relationship between God and His people.

These two ways of seeing our task are common throughout the Bible. For example, Paul says that he aspires to evangelize “not where Christ was named” (Romans 15:20). It would appear that Paul is focused on a list of the last remaining settings, such as Spain, where there is still “no news of Him” and where “they who have not heard” (15:21) dwell. Paul seems to do some countdown thinking: seeing “no further place...in these regions,” he resolves to “go to Spain” (15:23-24) where there had not yet been gospel proclamation.

Paul makes a strategic decision with a kind of countdown thinking, but he also shows that he is resolutely fixated on the fulfillment of the task. To see this, it’s important to realize the magnitude of biblical allusion that is behind the idea of Christ being “named” (15:20). This expression does not refer to simply preaching about Jesus. Christ being “named” meant that the renown, honor and reputation of Jesus had become established throughout a region or people for God’s abiding glory.[1] 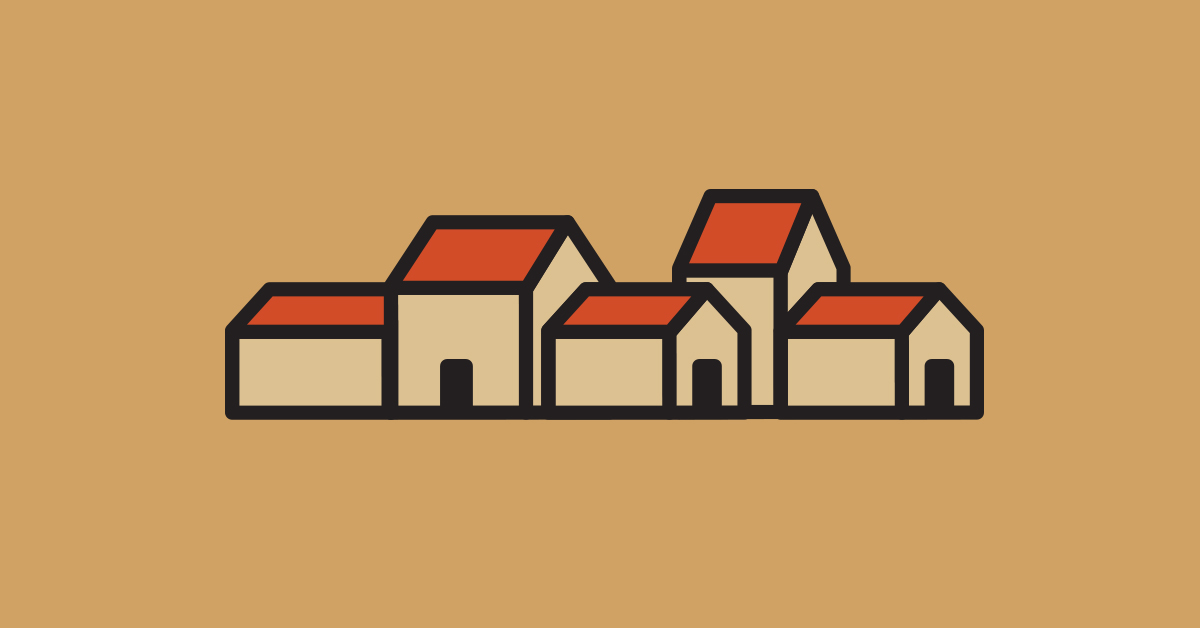 Paul had earlier described the outcome of his mission as “the obedience of faith among all the peoples for His name’s sake” (1:5). He states that this “obedience of the peoples” was the fulfillment of the mission, or “what Christ has accomplished through me” (15:18). Christ had worked through Paul in “word and deed” with the power of signs and the persuasive “power of the Spirit” (15:19). But Paul’s main point was that he could claim to have “fulfilled the gospel”[2] in specific geographic settings (15:18-19). Paul was focused on the outcome of mission.

The Bible is full of expressions of the fulfillment of God’s purpose among all peoples, far beyond the limits of these paragraphs to explore. Perhaps the most poignant is the reality of God as Father. Paul was moved, physically to his knees it appears, to bow before “the Father, from whom every family in heaven and on earth derives its name” (Ephesians 3:14-15). He is not merely the “one God and Father of all” individuals (Ephesians 4:6). The family of this great Father consists of “every family.” The word that he uses for “family” describes a lineage of people with generational depth, which probably should be seen as the core biblical reality of people groups. Each of these peoples is “named,” as if they were His children. Each of the peoples has destiny, worth and value. Paul’s prayer is essentially that the Father would have His full family gathered back to Him as one household before Him (Ephesians 2:18-22, 3:28-29).

The Practical Value of Fulfillment Vision

There is practical value in reminding workers and supporters of the worth and certainty of world evangelization being fulfilled in every people. I see at least three ways:

Mission can be impelled by love for Christ (2 Corinthians 5:14-15).[3] The vision of God’s fulfilled purpose sees love flowing the other way: from the peoples, clans and tribes back to God. God’s great love will be requited. Some from every people will love him. Our overriding, integrating passion can become love for Christ that labors to see Him loved by the peoples.

THE HOUSE CHURCH: Eat, Meet, Gossip the Gospel and Multiply

House church (a church without a dedicated building) is where the original ekklesia (church) met, as those “called out” by Jesus gathered to break bread, gossip the Gospel, and multiply.

From his extensive writings, Indian CPM leader Victor Choudhrie offers this syndicated column for use in your existing periodical: 150-250 words/month, plus optional movement news of 50-100 words. For more information, email him directly at [email protected]

Learn about Victor at:

[1] A few sentences before this in the epistle, Paul had reveled in the fulfillment of Christ’s work among the Gentiles (Greek: ethne or peoples) with a litany of scriptures that he wanted the Christians at Rome to see as being fulfilled. In this string of now-being-fulfilled prophecies, God’s name is being established in the open praise of Jews and Gentiles together (Romans 15:9-12). Abounding hope in the fulfillment of global purpose could be encouraged through this kind of “encouragement of the Scriptures” (15:4-13).

[2] “I have fulfilled the gospel” is a straightforward translation. There is no reference to preaching. Paul sometimes uses the word eangelion as a movement of the gospel and not merely the message itself. Other examples of this usage: Mark 1:1, 1 Corinthians 9:12, 23, Philippians 1:5, 12, 2:22, 4:3. The phrase “fulfilled the gospel,” means that the process of evangelization was in some way completed. Most likely Paul is saying that the work of evangelization had advanced to the point that gospel proclamation would continue without his apostolic presence.

[3] This text can be understood either as Christ’s love for us, or our love for Christ. I think the latter is more likely because of the intended outcome of Christ’s death and resurrection, that people would “no longer live for themselves, but for Him” (2 Corinthian 5:14-15).

An excellent article on understanding the heartbeat of God…