What Does Rome Have To Do With Pasadena?

Vincent Donovan (1926-2000) was a member of the Catholic missionary Congregation of the Holy Spirit, and from 1955 until 1973 he worked as a missionary in Tanzania, East Africa, particularly among the Masai tribe. His book, Christianity Rediscovered, was first published in 1978, reprinted in 1982, and issued in a twenty-fifth anniversary edition in 2003.[1]  It is, to my mind, a modern mission classic. Responding to a question asked by The Christian Century about what one book would he recommend to a person starting out in pastoral ministry, Simon Wells, vicar of St. Martin in the Fields in London, wrote that it would be Donovan’s book. “I return to this book more than almost any other because it reminds me why I’m a priest, what the church is, and how God is at work in places before I ever show up.”[2]

Like Donald McGavran, who was stimulating in his thinking by the fact that his mission in India had spent large sums of money, but with very meager results in terms of Christian conversions,[3] Donovan was frustrated by the results of a century of missionary work in East Africa, especially among the Masai.

Missionary activity in East Africa had begun with the ransoming and Christianizing of slaves in Christian mission compounds, then continued with a network of schools that had been effectively taken over by newly-independent governments in the 1960s. After independence and in the wake of the Second Vatican Council, missionaries were deeply involved in development work, but were hardly involved at all in direct evangelization.[4] 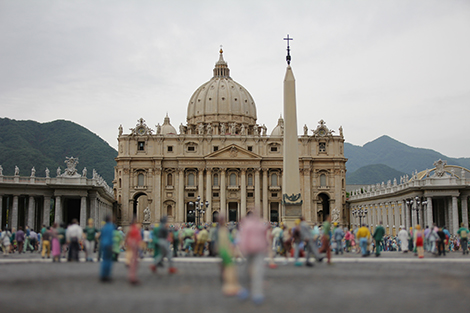 In a letter “to a Bishop” that opens Chapter 2 of his book, Donovan writes that despite a lot of very good work among the Masai in an area called Loliondo where he had been stationed for almost a year, “the best way to describe realistically the state of this Christian mission is the number zero. As of this month, in the seventh year of this mission’s existence, there are no adult Masai practicing Christians from Loliondo mission. The only practicing Christians are the catechist and the hospital medical dresser, who have come here from other sections of Masailand.”[5]  In addition, even though children had been baptized, not one child continued practicing her or his Christianity after leaving the school in the mission compound. This was the result after spending almost a quarter-million Tanzanian shillings over the previous year.[6]

Because of such frustration, Donovan writes to the bishop, he is proposing to cut himself “off from the schools and the hospital, as far as these people are concerned—as well as the socializing with them—and just go and talk to them about God and the Christian message.”[7]  He knew it would be hard, particularly among the proud Masai, but he wanted to try to just bring what he eventually calls the “naked gospel”[8]  to them—“unencumbered with the burden of selling them our school system, or begging for their children for our schools, or carrying their sick, or giving them medicine.”[9]

The rest of the book tells the story of how this kind of “unencumbered” evangelization takes place.[10] What is of interest here, however, is Donovan’s use of McGavran’s classic, Bridges of God, in his approach to converting the Masai people. He does so, not individually, but—in McGavran’s phrase—according to the “homogeneous unit principle.”[11]

Because of life in Africa, Donovan wrote, he could never have evangelized the Masai as individuals. Rather, they had to be evangelized “on the level of a homogeneous group of people that considers itself a living, social organism distinct from other social groups.”[12]  As Donovan discovered as well, also with a reference to McGavran, “A community…will act as a unit, accepting you or rejecting you altogether. I found out that change, deep meaningful change, like the acceptance of a hopeful, expectant world vision, does not take place in one individual at a time. Groups adopt changes as groups, or they do not adopt them at all.”[13] 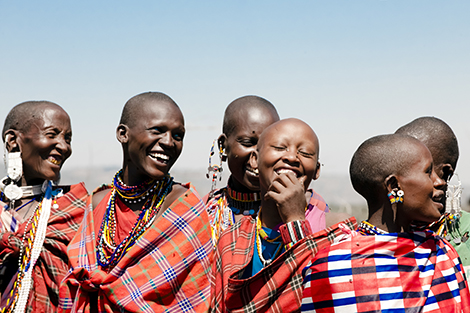 An example of this approach to evangelization is found a few pages later in one of the most beautiful sections of the book. Donovan had come to a point where he thought that some of the people in one Masai village were ready for baptism, and so he proposed that they be baptized. A village elder, however, objected. He said that Donovan could not just baptize some of them and not others, even though not all of them were at the same point of faith. “We believe,” he said. Maybe not everyone is at the same place, but the community would make sure that everyone would eventually arrive at full faith.[14] All would become disciples, to use McGavran’s terminology, and would eventually be perfected.[15]

Donovan’s work, unfortunately, has not lasted the way he had hoped it would, due, as John P. Bowen discovered on a trip to Tanzania, to difficulties in ordaining Masai leaders, the need for ongoing pastoral care, hierarchical opposition, and the challenges of modernity to the Masai way of life.[16] But for a shining moment, the innovation of a Roman Catholic missionary was nourished by the innovation of an evangelical Christian, the first dean of Fuller Seminary’s School of World Mission. Something to be noted indeed.

Re-reading sections of Chuck Kraft’s 1979 Christianity in Culture, I came to a fresh realization of how innovative his work was at the time—and still is today. Kraft speaks of theology as “a disciplinary perspective on, or perception of, reality.”[17] Historically in the church, he says, theology has been developed within the context of Western culture, resulting “in a large body of extremely insightful perceptions of the portion of reality revealed to people by God in and through the Christian Scriptures.”[18] But this “body of perceptions” can never be an exhaustive expression of Christian truth. In the first place, these perceptions have basically been generated from within one particular culture. Secondly, they have been generated within disciplines within that culture; and, third, even within this cultural matrix, they both differ and develop.

Kraft’s conclusion is that “any mono-cultural perspective on truth is no more complete than the single perspective of any given individual.”[19] Theology, then, is essentially pluralistic, essentially a contextual endeavor. It is “a dynamic discovery process engaged in by human beings according to human perceptions. It is not simply the passive acceptance of a doctrinal product ‘once and for all delivered.’”[20]

From the perspective of communication as well, Kraft insists that theology needs to be culturally and contextually aware of its relevance. It is the product of the perception of those who do theology, but it is useless if is not perceived as relevant by those who hear it or read it. In his lapidary phrase, “theology perceived as irrelevant is irrelevant.”[21] So theology needs to be developed that makes sense to Latin Americans, Asians, and Africans, to women and men of various disciplines—psychology, sociology, and chemists. It needs to be understood by people of various social locations: “by factory workers, by farmers, by engineers, by youth, by hippies, by blacks, by women’s libbers, it must be translated into terms and concepts meaningful to every group.”[22] I love the contextual rootedness of some of these terms!

Kraft began teaching courses on “Christianity and Culture” at SWM/SIS in 1971, and students in those classes (for example Darrell Whiteman, Kenneth Ross, and Wayne Dye) have gone on to make their mark in missiology and contextual theology. It was in these years as well, in the wake of Vatican II’s treatment of culture in its documents on the Church in the Modern World and on Mission, that Catholic missiological thinking was waking up to the importance of a culturally and contextually sensitive reflection on and communication of the gospel. 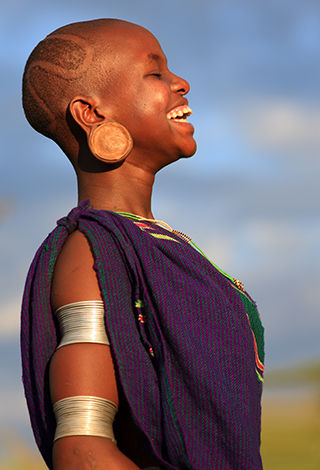 Referring to Pope John XXIII’s memorable words at the opening of the Council, the document on the Church in the Modern World declared that “theologians are invited to seek continually for more suitable ways of communicating doctrine to the women and men of their times. For the deposit of faith or revealed truths are one thing; the manner in which they are formulated without violence to their meaning and significance is another.”[23] In what is perhaps my favorite passage in all the Vatican II documents, the document on mission calls missionaries (and I believe, a fortiori, theologians) to “learn by sincere and patient dialogue what treasures a bountiful God has distributed among the nations of the earth.”[24]

Ten years after the Council, in 1975, Pope Paul VI spoke of the importance of evangelizing the world’s cultures, “not in a purely decorative way, as it were, by applying a thin veneer, but in a vital way, in depth and right to their very roots.” This is because, as it has always been, “the split between gospel and culture is…the drama of our time.”[25] Pope John Paul II as well often spoke of the need for such “inculturation” as the term began to be used among Catholics.[26] Most recently, Pope Francis has also spoken enthusiastically of the task of inculturation, exclaiming that “grace supposes culture, and God’s gift becomes flesh in the culture of those who receive it,” and that “we would not do justice to the logic of the incarnation if we thought of Christianity as monocultural and monotonous.”[27]

In words that almost echo Chuck Kraft’s, Francis writes: “There are times when the faithful, in listening to completely orthodox language, take away something alien to the authentic Gospel of Jesus Christ, because that language is alien to their own way of speaking to and understanding one another.”[28] Theology perceived as irrelevant is irrelevant.

Christianity in Culture is to my mind a revolutionary book, and not only among Evangelicals. The book helped greatly in my own thinking, and I featured Kraft’s approach in my own book on models of contextual theology.[29] I know that the book had an influence on Robert Schreiter’s book on contextual theology as well,  and I am sure that investigation would reveal its influence on many other Catholic theologians who have written or tried to construct theologies in their own context as well.[30] Chuck Kraft’s innovations are an amazing parallel to innovations in Roman Catholic missiology, and Roman Catholic papal teaching.